2018 NFL Draft Recap: The Weekend that was in Dallas 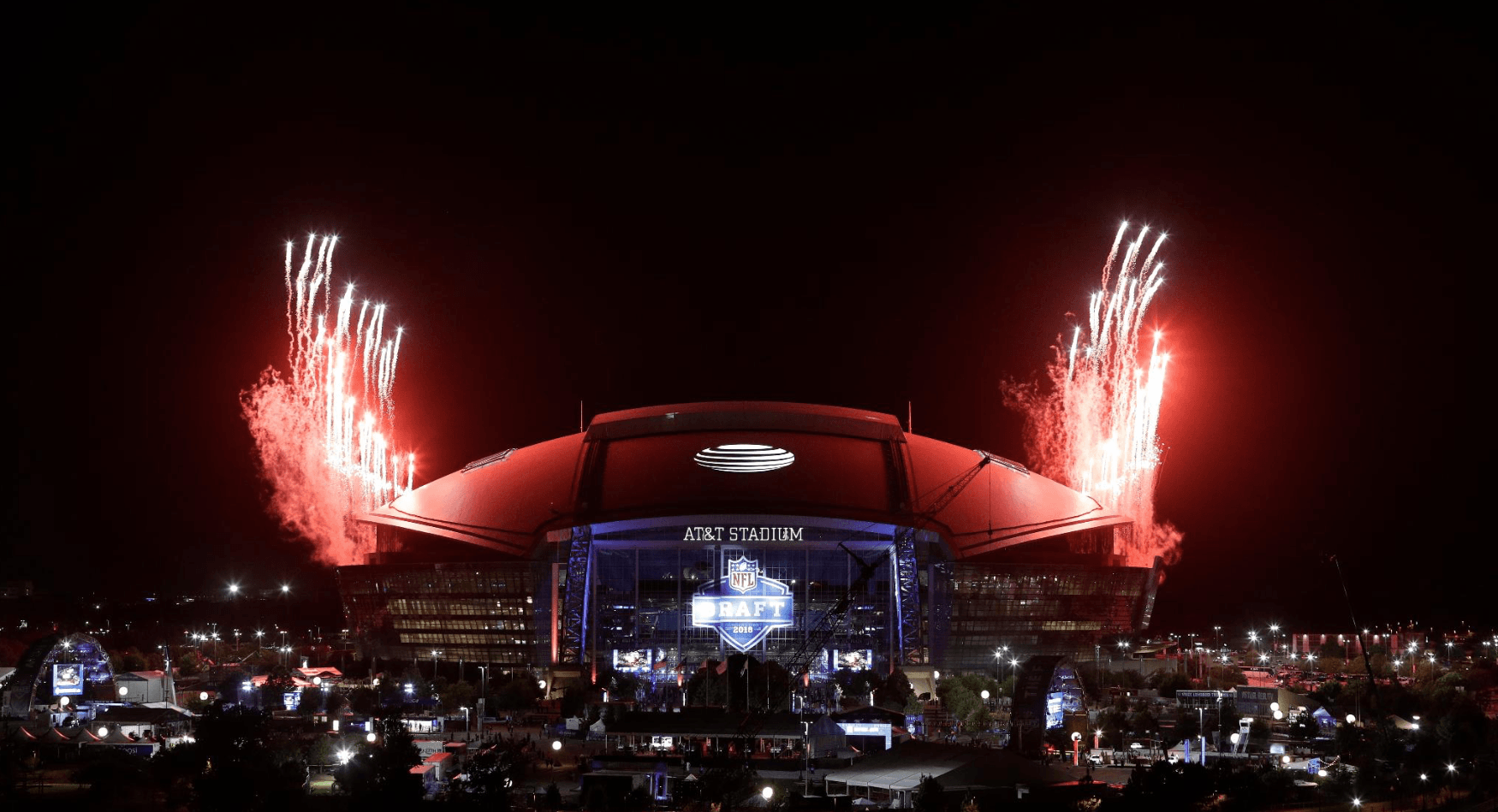 For a long time the NFL had the slogan of “Football Is Family.” This was always something I believed and it’s been reinforced by countless memories made over the years. I can now say it’s time to add another memory to that list as the 2018 NFL Draft comes to a close. The NFL Draft is always a big time event for fans around the league. For years Radio City Music Hall was its home and it did a wonderful job of hosting the events.

Last year the league took it outside with a great weekend in Philly. But they wanted to go even bigger this year so they headed to the Lone Star State for a Texas sized weekend at AT&T Stadium, the home of the Dallas Cowboys. The league billed this as a terrific weekend for fans to take part in and I think they delivered on that promise.

Thursday night’s opening round was much-anticipated for a lot of reasons and the excitement was palpable inside AT&T Stadium as fans made their way in. The NFL decided to bring the fans as close as possible to the action by seating them in front of the stage as part of the league’s “inner circle experience.” The “inner circle” brought a select group of fans representing each NFL franchise to welcome their teams pick.

Adding to the atmosphere was the fact that the fans were organized by their respective divisions, so they spent much of the week in and around their arch rivals. But that was the point… we all have our rivals in the course of a season, but this weekend was a celebration of football and it was made all the more special by having fans from every team sharing in it together.

The inner circle experience also created some absolutely awesome moments where the new draft picks got to interact with their new fans. There were 22 prospects in attendance for the draft and they all made the walk down the runway to high-fives and hugs, and in a few cases grabbed selfies with their new team’s die-hard fans.

As I mentioned above this was the first ever draft that the league had an actual NFL stadium host the event and that meant at least one player was going to be picked in his future home. Any player would love to call AT&T stadium home and would love the honor to play for any NFL team, let alone the Dallas Cowboys, but it really seemed special to the two young men that America’s Team ended up picking.

Leighton Vander Esch is all of us. “We’ve got Super Bowls to win baby!” #CowboysNation #NFLDraft https://t.co/Kp8qxQEzX3

The former Bronco then celebrated with some of his new fans before making his way up to the press room where he spoke highly of the chance to play for the Cowboys, and that as a fan of the team, this was a dream come true.

The Cowboys then picked again at 50 overall and they created a moment that almost brought the house down as Dallas picked Texas Guard Connor Williams.

Williams, a Dallas native, and life long Cowboys fan was overcome with emotion. Not just because he would don the star but because he has overcome a lot to reach this point. He was widely thought to be one of college football’s best overall players, but a torn ACL set him back and slid him down the draft board. He stuck it out in the green room and got rewarded for it as one of the last prospects to be picked while in attendance.

Cowboys OL Connor Williams on getting the call from Dallas: https://t.co/xs2UUQNhLn

Covering that press conference was a really special moment for me. I have always watched the draft from home and enjoyed the emotion the players show when they get picked. But to watch someone’s dream come true in person was particularly moving. Especially after they overcome the kind of adversity Williams did… it’s easy to root for a guy like that. As for both of those picks Cowboys fans, something tells me you got two solid players with great character.

As great as it was to see the players celebrate their selection throughout the draft, they were all trumped by two absolutely incredible moments.

The first came at the back-end of round one as the Steelers made their selection at 28 overall. Commissioner Roger Goodell went to the podium and announced that injured Steelers linebacker Ryan Shazier would announce the pick. Shazier, who many feared would never walk again, made the walk out to the podium with his girlfriend by his side. AT&T stadium went to its feet as Shazier received a stirring ovation. I don’t think there was a dry eye in the building as he announced Terrell Edmunds as the Steelers pick.

Watching Ryan Shazier walk out to announce the Steelers pick was the best moment of the #NFLDraft #Shalieve https://t.co/6lYleBLzOO

Terrell Edmunds is the brother of Buffalo Bills draft pick Tremaine Edmunds so the two got to be drafted together in the same round on the same night, which was a pretty cool moment in its own right. But another brotherly duo stole the show on Saturday. Ever since September, UCF Linebacker Shaquem Griffin has captured the hearts and minds of football fans everywhere.

Griffin lost his left hand at the age of four as the result of a rare disease. Griffin helped lead UCF to a win over Auburn in the Peach Bowl and then tore up the combine. He was considered by many to be one of the more talented players in the draft, but no one was sure how far down the board he would fall.

We got our answer entering the 5th round of the draft.

Despite not getting picked, Griffin didn’t let that discourage him. His infectious personality made him arguably the most likable player in the draft class, and everyone was hoping he would get picked at some point before the draft ended. That moment came in round five when the Seahawks picked him to join his brother Shaquill on their defense.

Griffin had been in attendance the first two days of the draft but decided to go back to his hotel and watch rounds 4-7 with his family so the league drove him to AT&T stadium along with his whole family and NFL RedZone host Scott Hanson teased his arrival. Once he reached the stadium, this magical moment took place.

Seattle @Seahawks 5th round pick Shaquem Griffin (@Shaquemgriffin) is in the house! A nice welcome to him from the true fans that have stuck around AT&T Stadium. https://t.co/s4MWDDm4IQ

Everyone in attendance rose to their feet and welcomed Griffin to the league with a roaring ovation. He then got the chance to celebrate with the Seahawks fans in attendance for the day, which was just the icing on the cake for everyone.

I honestly couldn’t think of a better way to cap off an amazing weekend in Dallas.

We all know the NFL has had a rough year. It’s faced a lot of tough situations, some of which it has created for itself. From poor off-field conduct to controversial feuds and low ratings, it hasn’t been the easiest time for a league that’s dominated for years. People call for the demise of the NFL, and claim its time on top is up. It’s trendy to say football as a sport is going to go into decline… all I can say to that is look at this past weekend in Texas.

Hundreds of thousands of fans of all ages, representing every team in the league, came from all over the world in celebration of the league and this sport. Legends of the past came as ambassadors to pass the torch of the league to a new generation of stars. This was nothing but a great weekend for the league, its new players, and its fans. So rest up everyone, because the stress of football Sunday isn’t far away… and I think we’d all agree, it can’t get here fast enough.

2018 NFL Draft: Jets and Giants Impact Each Others Future
4 Oklahoma Sooners Will be Drafted in the Top 100