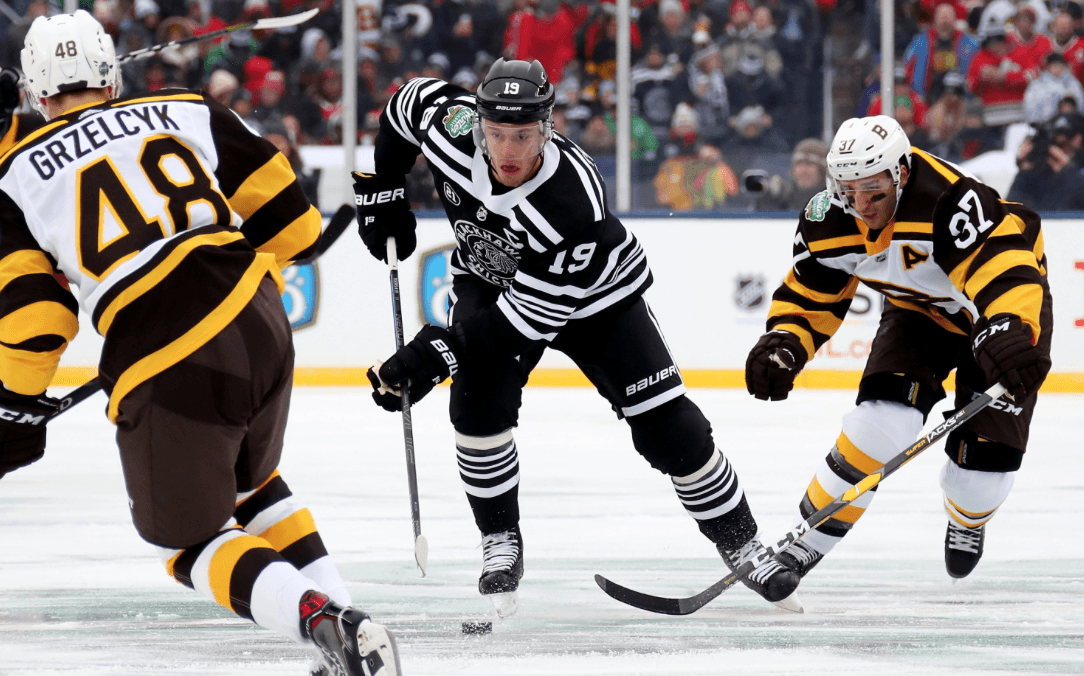 Drama in Big D: The NHL doesn’t always have headline making drama but this past week the Dallas Stars created more than the mystery of who shot JR and TO’s post game tears for Tony Romo. A story was released saying that members of the Stars front office including team owner Tom Gaglardi and team President Jim Lites are frustrated with the faces of the franchise Jamie Benn and Tyler Seguin.

The foul nature of the comments can’t be repeated here but the play of Dallas’s best players is the main issue here.

While both are producing points, I think the struggles of the Stars in the standings led to all this. The team was expected to take step a forward this year, and despite being in a wild card spot, the organization clearly expected more. While Seguin and Benn may not be the whole problem, maybe something took place behind the scenes here and that, combined with their point total, has led to this mess.

I don’t think this will go any further, especially if the team starts to win more consistently. Commissioner Gary Bettman and the players’ union also won’t let it carry on as this is still about the product on the ice and not the drama off it. Seguin and Benn have put their game together since the comments went public and the team is now 6-3-1 in their last 10.

So ownership has gotten what they want out of all this, at least in the short-term.

Game of the Week

New Year’s Day is always special for us hockey fans and the Winter Classic has become our event.

This year’s game was at Notre Dame Stadium in South Bend as the Boston Bruins faced fellow original six club the Chicago Blackhawks. We weren’t really sure what to expect from this contest, with Chicago struggling this year and the Bruins dealing with a lot of injuries. The two did not disappoint us though.

Here’s the highlights of this contest in our game of the week.

Let’s look at the teams in this year’s Winter Classic. We’ll start with the Bruins who won the game 4-2 as Sean Kuraly delivered the game winner in the third period. The Bruins have done a great job considering all their injuries this year as they have moved into third place in the Atlantic division. When this team gets fully healthy they will be a force in the east; with all their experience they remain a Stanley Cup contender.

As for the Blackhawks, they fell short in this one as they have all too often this season, sitting under .500 and out of the playoffs. They have played better of late, winning 5 out of 7, but this is a lost season for the ‘Hawks. Stan Bowman & Co are working to get younger with call-ups and the acquisition of Dylan Strome, Chicago will try to re-position for next season.

New York Islanders: The first team in our stock watch is the Islanders, who are red-hot with a record of 9-1 in their last 10 and have won 6 in a row. During their recent run, two players have stood out above the rest.

The first of which is their dynamic young star Mathew Barzal who has 7 goals in his last 5 games including this hat trick in front of former Islanders captain John Tavares on Hockey Night in Canada.

It took Mathew Barzal just two periods to earn his second hat trick of his career as the Islanders jumped to a 4-0 lead over the Maple Leafs.

Barzal was the rookie of the year last year and has picked up where he left off with a fantastic campaign with 38 points in 40 games this year. Barzal has taken the torch from Tavares and filled the void brilliantly this year, which is special considering the outrage and upset feelings in New York when Tavares left. The Islanders have a good one in number 13, hopefully for a long time to come.

The second big key of the Islanders’ recent run is the other half of their goaltending tandem, as Robin Lehner has been brilliant between the pipes of late. Lehner has won his last 5 decisions with a shutout streak that lasted for 5 periods over 2 outings. Thomas Greiss hit a rut leading up to this run and Lehner has picked up the slack keying the Isles to a playoff spot.

New York has certainly come a long way under Barry Trotz and this team has a chance to make the playoffs. Something I expect them to do with true home ice advantage ahead of them at Fort Never Lose, aka Nassau Coliseum.

Colorado Avalanche: The Av’s burst onto the scene this year with a hot start that saw them lead the Central division at one point. Their top line of Gabriel Landeskog, Nathan MacKinnon and Mikko Rantanen has been arguably the best in the league and they were getting enough production from their depth players. But of late they have hit a wall with a record of 3-5-2 in their last 10 games.

Their recent record has seen Colorado fall to the first wild card spot in the West. They have seen their top line get broken up and some of these losses have come against teams they are much better than, including this OT defeat to the Kings on New Year’s Eve.

While the Avalanche should still have a successful season, their lack of depth has always been a concern and it’s the root cause of their recent struggles.

Their goaltending tandem of Semyon Varlamov and Philipp Grubauer is too inconsistent to lean on as well. GM Joe Sakic will have to be a buyer in the weeks ahead as they look to maintain their position in a tight Western conference.

At the second intermission of the Winter Classic Commissioner Bettman released the upcoming events calendar for the league in 2019.

This is great lineup of events for next year and each brings its own fun features. The Heritage Classic in Canada will feature what should still be 2 of the top teams in the league, that have a budding rivalry with each other.

The Winter Classic in Dallas is a fun idea as the game goes to a brand new location at the historic Cotton Bowl. The matchup is still to be determined but it is expected to be another team from the Central division. The Minnesota Wild would be a fun choice as the Stars are of course Minnesota’s former team, the North Stars, pre-relocation; only time will tell but it should be another good game.

As for All-Star weekend in St. Louis, I think that’s a great choice by the league. St. Louis is one of the league’s better markets and will come out in big numbers for the events.

Wrapping up the news and notes is the Stadium Series game being held at Air Force football stadium. The Avalanche are a team on the rise with a good fan base that should help make the setting in Colorado Springs memorable.

Moment of the Week

Our Moment of the week takes us back to the Winter Classic on New Year’s Day. Our choice this week happened pregame as Blackhawks Anthem singer Jim Cornelison and the sellout crowd in South Bend delivered a moving rendition.

The Blackhawks Anthem is always special at the United Center with the crowd roaring throughout, it was a hair-raising moment when I experienced it a few years back. The performance was enhanced by the noise of the 76,000 plus on hand New Year’s Day. Just another awesome moment in the long history of the Winter Classic.

That will do it for us this week. Come back next week as we talk more about the NHL as well as the World Junior Championships in Vancouver. You can talk with me on twitter @PBPNick.