4 Oklahoma Sooners Will be Drafted in the Top 100 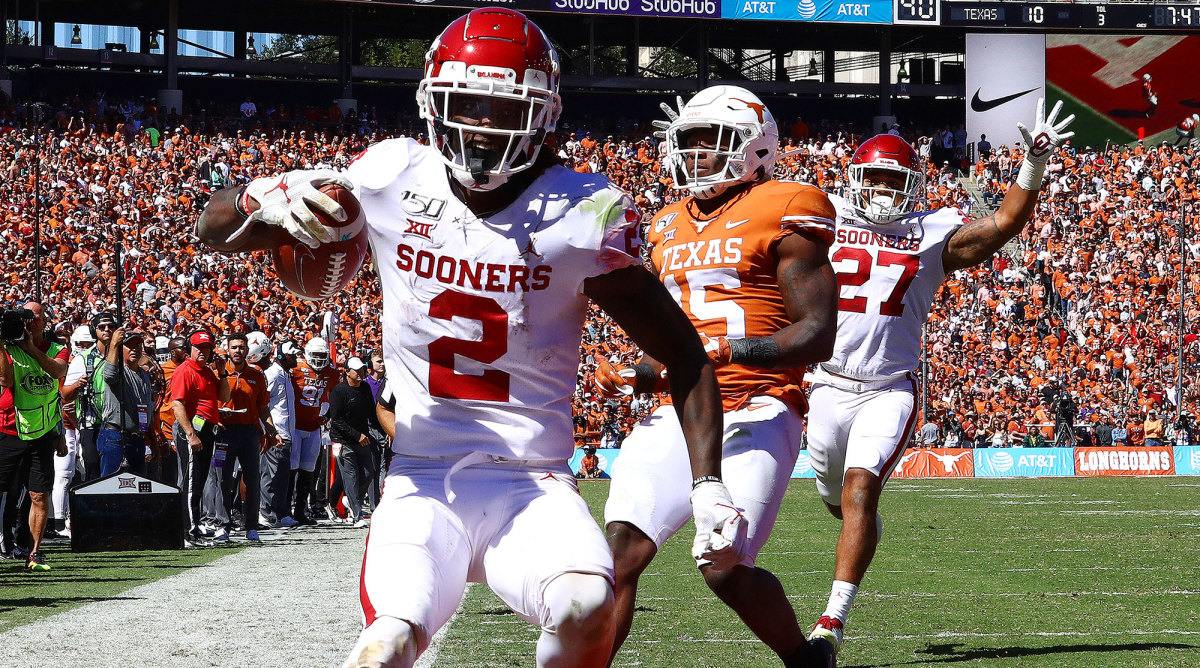 The NFL Draft is now less than a week away, and the Oklahoma Sooners will likely have their name called early in the 2020 NFL Draft.

It’s become a bit of a tradition for the University of Oklahoma in April to see their alumni get selected to play on the big stage. What’s unlike the last several years is that it won’t be a quarterback that’s the first selection for the Sooners.

In both 2018 and 2019, the University of Oklahoma had its former starting quarterback selected first overall. In 2018 the Cleveland Browns took Baker Mayfield. In 2019, the Arizona Cardinals followed suit and selected Kyler Murray. Both Heisman Trophy winners made impacts in their rookie seasons and continue to have bright futures for their respective NFL teams.

This year, it’s looking like four Sooners will be taken in the top 100 picks in this year’s NFL Draft, and the first player off the board seems to be Wide Receiver CeeDee Lamb. Mock drafts have had him going as high as eighth overall to the Arizona Cardinals and has been rumored to be a trade-up target for the Philadelphia Eagles.

The debate about who the number one receiver is in this draft class revolves around Lamb and Alabama wide receivers Jerry Jeudy and Henry Ruggs III. Even if Lamb isn’t the first wide receiver selected, he won’t last beyond the first 20 picks.

Linebacker Kenneth Murray has received a lot of first-round buzz and could be the first off-ball linebacker selected in the draft next week. Murray will have teams interested in him because of his athletic ability and speed, which lends itself to making plays all over the field. He looks to be a player that will be selected in the first round and could go as high as 17 to the Dallas Cowboys.

Though Dallas Cowboys Vice President Stephen Jones recently downplayed the notion that the Cowboys would take a linebacker early, there’s been a lot of buzz lately connecting Murray to the Cowboys. If he’s not considered in the first round, it would be surprising to see him fall past the top 40.

Another defensive player with the potential to be drafted in the first round is Defensive Lineman Neville Gallimore. Gallimore was excellent for the Sooners over the last couple of years. His penetrating and pass-rushing ability will put him high on many teams lists. Gallimore looks to be more of a second-round prospect but has the potential to sneak into the last few picks of the first round for a team seeking interior defensive line help.

The wildcard for the Sooners is former quarterback and Heisman Trophy finalist Jalen Hurts. Projections have him all over the map though most seem to slot him in the second or third round.

At the top of the second round, the Los Angeles Chargers could use a quarterback now that Philip Rivers has departed for the Indianapolis Colts.

Hurts has the intangibles to develop into a franchise quarterback for some team. Because of the success of Dallas Cowboys Quarterback Dak Prescott, who was selected in the fourth round of the 2016 NFL Draft, an organization might see similar traits and abilities and take a chance in the top 100 picks.

Regardless of who drafts him, Hurts will have an impact on a team and will be a starter in the NFL one day. His passing ability improved immensely after arriving in Norman, and his work ethic will only help him to improve once he gets on an NFL campus.

While the offense has done a good job of getting players drafted in the early rounds, what’s impressive is the improvement of the defense that will see two players taken in the top 50 in Murray and Gallimore.

The hiring of Alex Grinch and the improvement of the Sooners’ defense was evident last year. Now they’ll watch two of their best players go to the NFL, which will help them on the recruiting trail.

It’s going to be an excellent week for the University of Oklahoma as at their stars will find new homes through the NFL Draft. Having players selected in the premium rounds will only further the reputation of the Sooners in the polls and recruitment.

Lincoln Riley continues to build one of the finest programs in college football, and having four players taken in the top 100 of the NFL Draft will be proof of that work.

2018 NFL Draft Recap: The Weekend that was in Dallas