2018 NFL Draft: Jets and Giants Impact Each Others Future 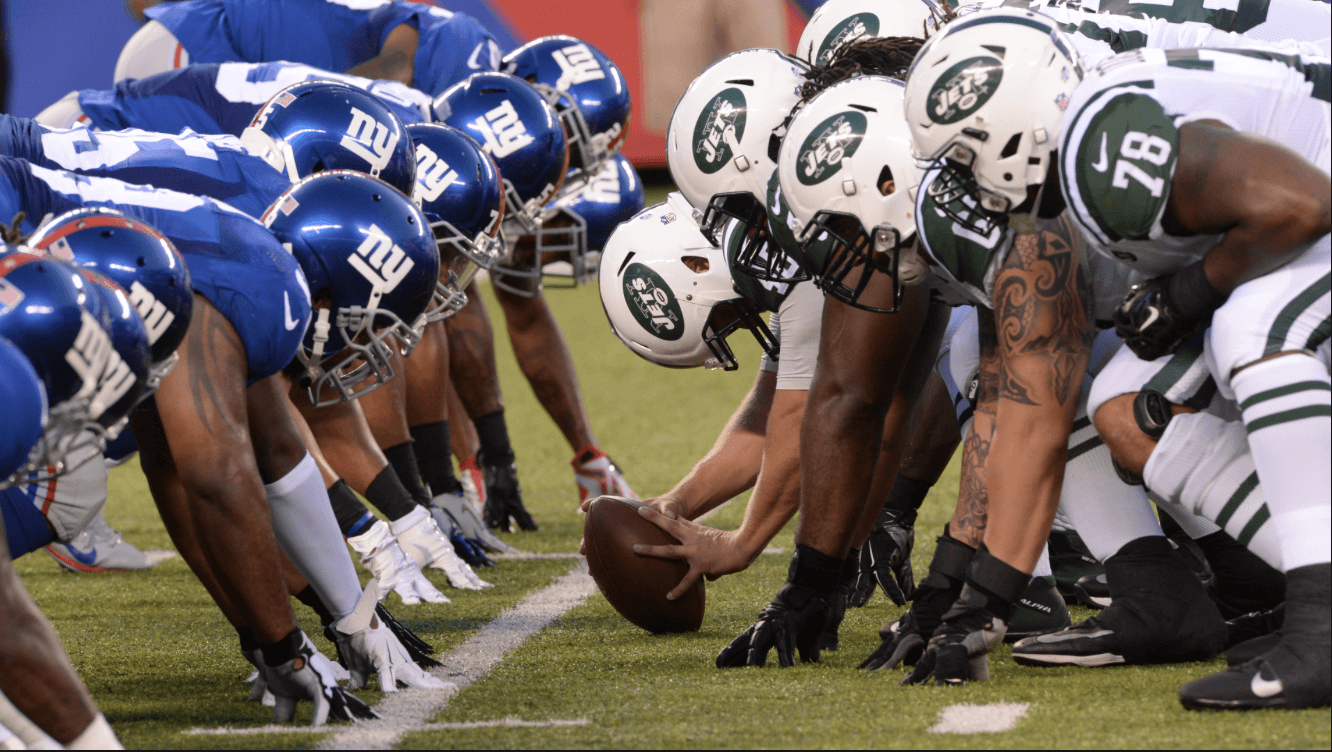 Throughout history of the NFL Draft there have always been players linked to each other for the rest of their careers. Peyton Manning and Ryan Leaf are forever tied to one another since the 1998 draft. Tom Brady and the six QB’s that went before him have been tied to each other since 2000. More recently Eric Ebron is constantly compared to the group of players that went around him in 2014.

Round one of the 2018 draft gave us a new pairing to scrutinize for years to come, two players who were drafted by in city rivals at different positions, as the New York Giants picked Saquon Barkley second and the New York Jets picked Sam Darold third.

First lets start with this, both were terrific prospects that any team would love to have. They both project to be great pros but only time will tell on that front. But the situation they find themselves in is almost unprecedented. The Jets and Giants have been long time “room mates” sharing the old Giants Stadium and now MetLife Stadium which always created a rivalry. But now they have picked back to back and will have a direct impact on each others future.

Of course the Jets were never really considering Barkley, as good as he is. They made their trade with the Indianapolis Colts to get up high and select a quarterback, so this is not a case where the Giants stole a player out from under the Jets. The debate really starts on the Giants end, who seem to have wanted Barkley all along. For weeks it was a foregone conclusion that the Browns would select Sam Darnold to be the next face of their franchise.

But that all changed with Cleveland selecting Baker Mayfield first overall, putting the Giants in a tough spot. Do they take the player they have loved from day one? Or go with the quarterback who can secure their long term future after Eli Manning, who just turned 37 years old in January. There was talk throughout the day about Dave Gettleman and his staff going back and forth on what to do with the second pick, but those conversations ended with the team selecting Barkley.

Meanwhile on the Jets side, the utter shock they felt at the chance to take Darold was pretty clear in the video below.

The call that made #SamDarnold a New York Jet. https://t.co/cG92wozEOx

Todd Bowles said perfectly, “didn’t think you would be here”. It was widely believed that the Jets had Josh Rosen or Baker Mayfield in mind when they traded with the Colts, but Darnold fell in their lap and they jumped at the chance to take him. He was the number one quarterback on my board and for the Jets to snatch him up at three is tremendous. For years this franchise has struggled to find its franchise signal caller, but they may have just found their man.

It’s awfully early, and we know how quickly things can turn, but Darnold is already a gang green hero.

Barkley seems to be just as big a hit with most Giants fans as well.

At the end of the day it’s hard to knock either pick. As I said earlier both of these players look like they have bright futures. But if one pans out and the other is a bust, then it will become one of the biggest stories in New York sports history. We probably won’t get the answers to all these questions for a while, as we wait to see how they both perform and how the Giants eventually replace Manning.

But if Sam Darnold goes on to lead gang green to success while the Giants have a hard time finding a replacement for Eli, this will go down as an all time blunder for big blue. Giants fans will have a hard time living down giving the Jets their franchise guy for years to come, when they had the chance to pick him. Of course Barkley will do a lot for whatever quarterback follows Manning. But the level of success these two franchises have while both players are on the roster, will determine a lot about how both picks are perceived long term.

It’s been a crazy draft so far that has seen five quarterbacks go in the opening round and seven trades made. There are still a lot of interesting names out there heading into the weekend, so a lot of damage can be done. But there is plenty of intrigue through one night, especially in the Big Apple.

NFL Draft: Last Minute Predictions for Round 1
2018 NFL Draft Recap: The Weekend that was in Dallas