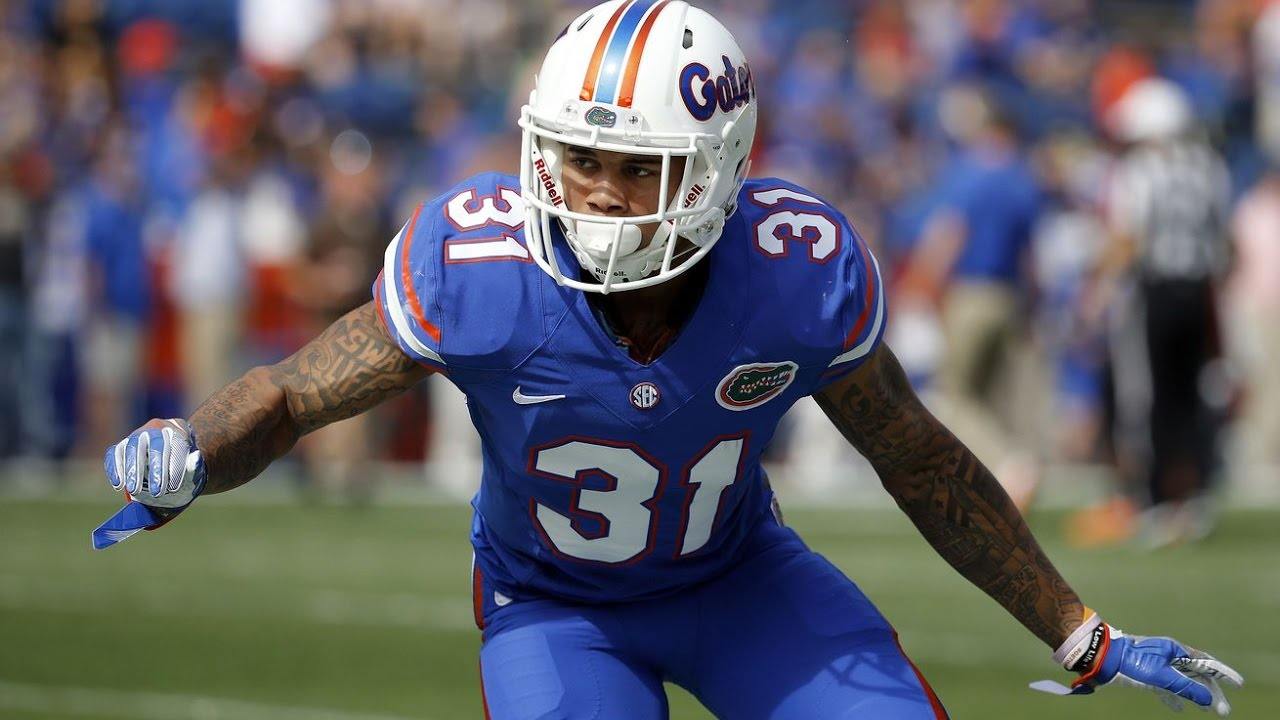 A three-year starter at the University of Florida, CB Teez Tabor has been lost in the shuffle a bit when it comes to the deep class of cornerbacks headlining the 2017 NFL Draft. With all of the talent to be in the mix with the other top corners in this draft, Tabor was less than impressive at the NFL Combine.

On tape in the SEC though, there is plenty to like about Teez Tabor. Here is his full scouting report.

Tabor’s 4.62 40 time at the Combine was surprising and somewhat disappointing, but his game film shows plenty of functional speed to pair with great awareness. With fluid hips, Tabor is comfortable in both man and zone coverage.

As a press man cornerback, Tabor has the strength to redirect receivers and use the sideline to his advantage. Whether he connects with his jam fully or even gets one arm on his target, Teez Tabor plays at a perfect pedal level with his shoulders to close on routes at the stem and finish.

Teez Tabor plays every ball thrown his way with the “my ball” mentality that every NFL team will absolutely love, and while his Combine testing numbers weren’t great, his raw measurables did show that he has ideal arm length (32″) to translate this play making ability to the next level.

In zone coverage, often lined up nearly as a safety at Florida, Tabor can cover ground down field quickly in his drops. Showing the same explosive ability to get to the football on these plays, Teez Tabor should be regarded as one of the more versatile cornerback prospects in this class.

Lastly, as a run defender, Tabor can shed blocks with his quick twitch athleticism and stop the ball on the edge. It may not always look as pretty as it does in this last clip below, but Tabor has the strength to stuff ball carriers in their tracks when given the chance.

When asked to turn and run in single coverage with a WR, Tabor will allow separation that is difficult for him to consistently close due to his speed and lower body technique. Opening his hips to commit to routes early and essentially run them for receivers, shiftier targets in the NFL could give Tabor some problems.

Defending in-breaking routes, Tabor will struggle to play low enough to close on the ball and disrupt the route. This issue for Teez Tabor can also be attributed to any inconsistencies he has in jamming receivers and slowing them down initially.

As a boundary run defender, big blockers can be seen washing Teez Tabor out of plays and completely turning him away from the ball or driving him downfield. As mentioned in his strengths, Tabor can make the tackles that are in front of him, but shedding blocks and reacting to plays on his side of the field is going to be a question that scouts ask in considering Tabor.

Earning a first round grade on my 2017 NFL Draft Board, Teez Tabor can be an incredibly productive player right away in the NFL. With the toughness to stick to any target in man coverage along with the skill and understanding to play in zone, Tabor should find a home at the next level early in this draft and instantly upgrade any NFL secondary.

Bringing a burst of confidence to pair with his length and other pro-ready traits, Teez Tabor’s name will be brought up a lot more before the draft as an option for teams in the first round that miss out on other elite CBs near the top of the board.