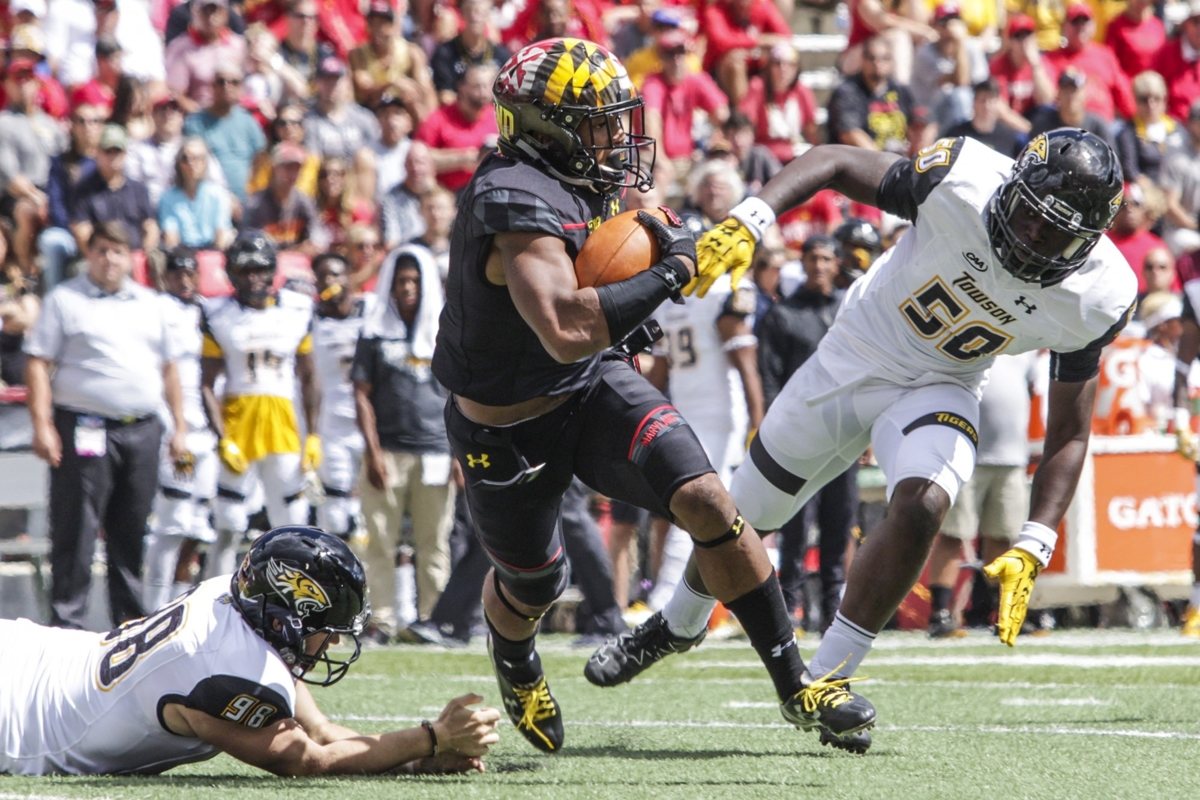 With 80 receptions for 1,033 yards and eight touchdowns in his Junior season for the Maryland Terrapins, wide receiver D.J. Moore has gained more and more fans with each draft analyst that puts on his tape. A smaller player at 5’10”, Moore continues to rise up draft boards thanks to his ready-made traits elsewhere as a pass catcher.

A smooth athlete with elite balance and big-play ability, Moore has a definite role in the NFL. Here is his full scouting report.

Averaging 12.9 yards per catch in his final collegiate season, Moore is an explosive player with potential to do something special every time he touches the ball. While some of these touches came down the field, most of Moore’s production was racked up after the catch.

D.J. Moore plays with exceptional awareness. For a smaller receiver, he shows no signs of discomfort catching the ball through traffic. This is a player that does not cleanly beat many defensive backs off of the line, but shows enough separation ability with multiple “gears” in his route running.

Once freeing himself at the catch point, Moore frequently uses his soft hands to quickly secure the catch and drive for extra yards. Moore plays with a powerful base, taking short and calculated strides to hit the open field past plenty of larger defensive backs.

Tracking the ball and using his balanced frame to catch it are also strengths of D.J. Moore’s. Doing so here against Texas, Moore gives the CB no chance to make this play – adjusting impossibly late to the under thrown pass.

D.J. Moore is simply a player that will warrant touches in the NFL, both scripted and not. A perfect complement to any true X-receiver, Moore is best utilized as a quick-passing target. While his chunk play ability may be lost when asked to extend his catch radius for the football, Moore did show this ability at Maryland – displaying the body control and hands to catch passes anywhere.

When evaluating wide receivers, I put a lot of stock in their release off of the line. The ability to win when the ball is snapped in college can only translate well to the next level.

This is an area that Moore could use improvement in, as he relies much more on his concise route running and contested-catch ability to win. Moore takes some time to get going in his release, and lacks the physical attributes to attack defenders with overwhelming length, power, or strength.

There were also a fair share of plays at Maryland where Moore took himself out of position to win on contested balls at the catch point. Sometimes looking to avoid contact and continue his route late in the down, Moore must improve his vertical burst to be the player he was on tape at the next level.

If D.J. Moore’s next team taps into his full potential, we will likely be talking about that team landing one of the biggest steals in the 2018 NFL Draft. When Moore “flashes” (putting everything together), he is every bit as good as the top pass catchers available in this draft.

The NFL Scouting Combine will be absolutely essential for Moore, who did not play in any postseason exhibitions. The athletic testing numbers need to match Moore’s college tape, as he’ll also be looking for positive results with his official height and weight.

Assuming he tests well, D.J. Moore’s ceiling as a long-term weapon in any NFL offense puts him in the second round on my 2018 NFL Draft Board.