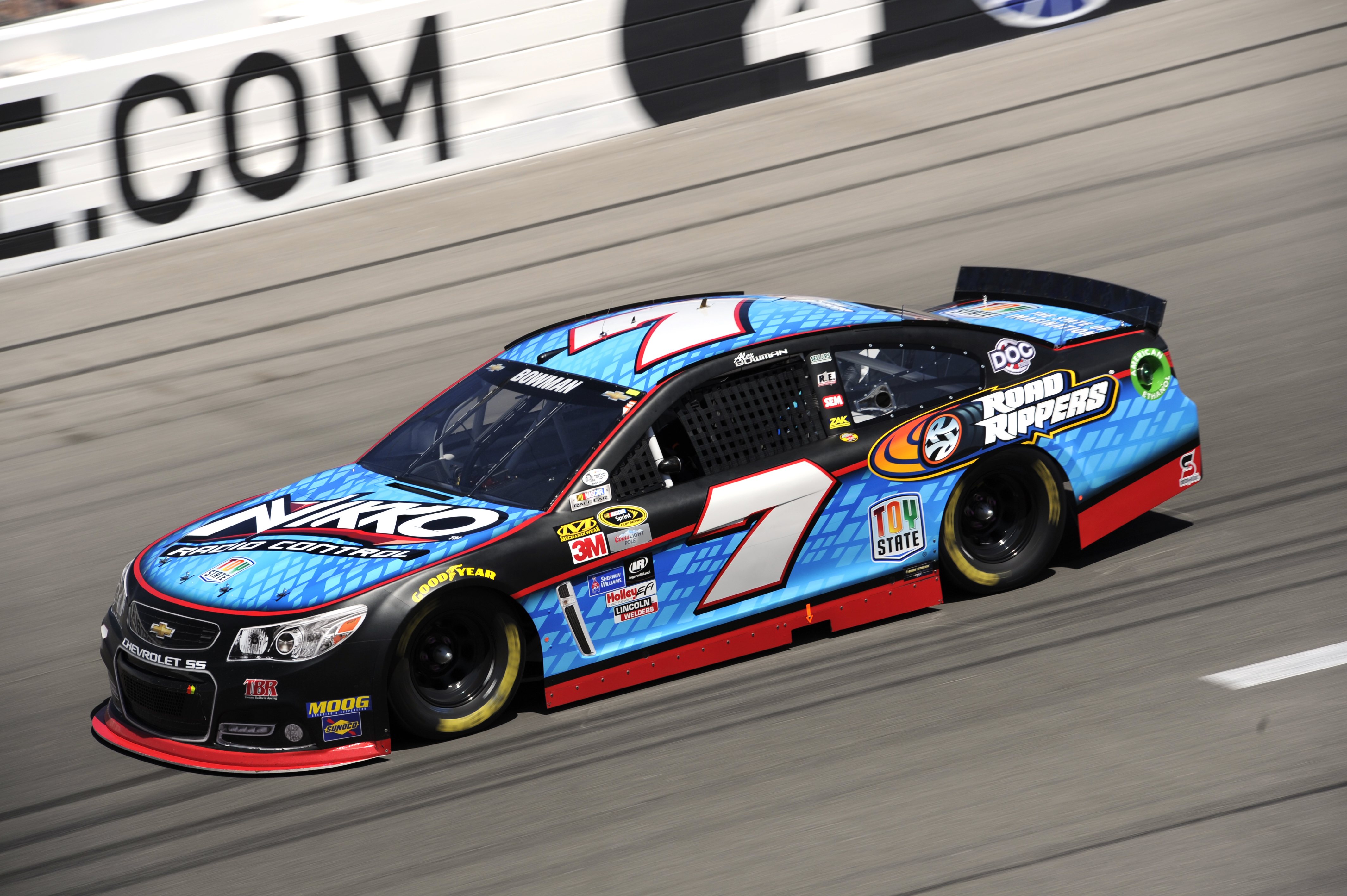 In what is to be his 3rd year as a full-time Sprint Cup driver, Alex Bowman is now without a ride for 2016 after Tommy Baldwin Racing announced Thursday that the two have decided to part ways. TBR had previously picked up Bowman’s 2016 contract option, but felt another direction was in order.

Team owner Tommy Baldwin had this to say via a press release today:

“As NASCAR transitions to different business and competition models, teams have to make decisions accordingly,” said team owner, Tommy Baldwin. “We appreciate what Alex contributed during 2015 and wish him the best in the future.” ~ NASCAR.com, Tommy Baldwin Racing, Bowman Part Ways

As of Thursday afternoon, no announcements have been made regarding a replacement driver for the #7 Nikko Chevrolet SS.