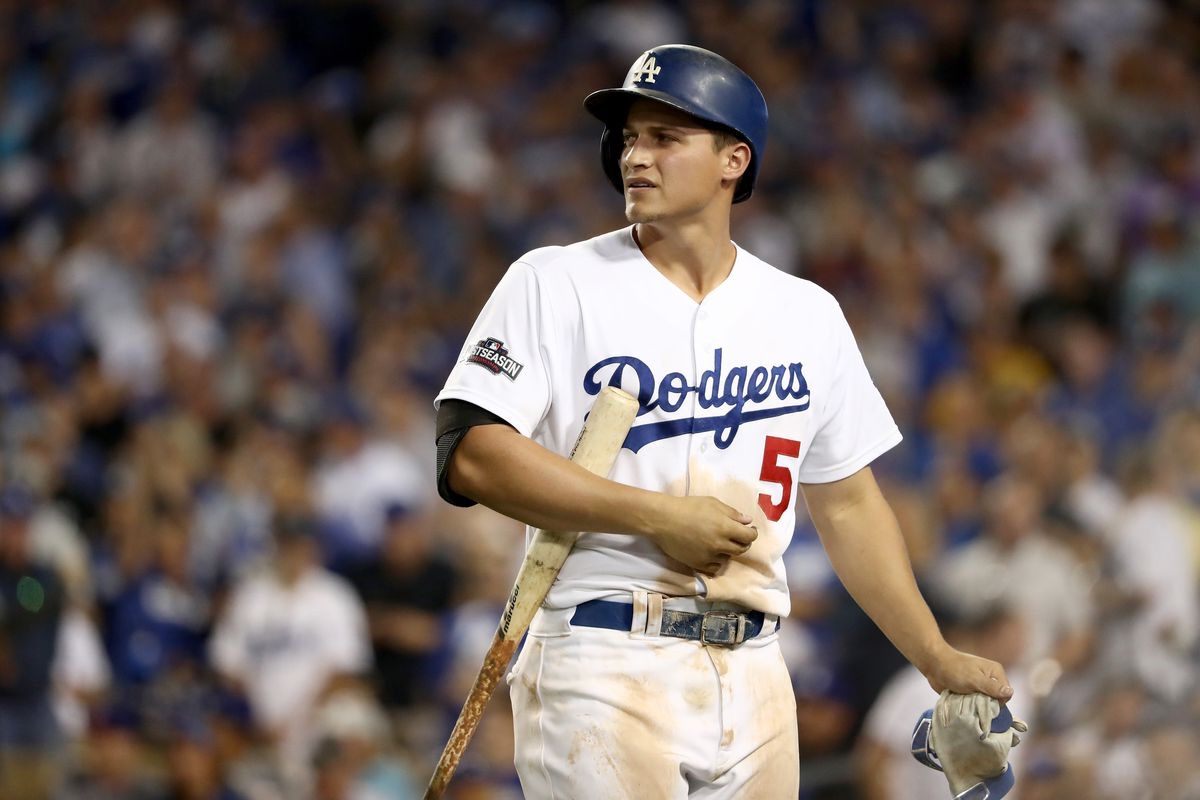 Going into the 2018 season, one of the big favorites coming out of the National League (as expected) was the defending champions of the NL, the Los Angeles Dodgers.

The Dodgers had a phenomenal 2017, finishing with the best record in the MLB with 104 wins, they went 7-1 in the NL playoffs as they made easy work of the Arizona Diamondbacks and Chicago Cubs, and they took the Houston Astros to the limit falling just short of a world series championship in a game 7 loss in Los Angeles.

2018 was a year that on paper looked like the Dodgers would top the season before, especially for Manager Dave Roberts.

The Dodgers had all the pieces whether that be from Pitcher Clayton Kershaw, who will forever be a threatening name in the MLB, Kenley Jansen who is coming off his best year as a closer, as well as weapons like Corey Seager, Cody Bellinger, Justin Turner, Yasiel Puig, and many others.

Before the first pitch of the 2018 season, the Dodgers were primed to defend their National league title against all challengers, and take that next step as well. Fast forward 40 games into the season, we ask ourselves, “What happened to the Los Angeles Dodgers?”

The Dodgers currently have a record of 16-24, have lost seven of their last ten games (four in a row), and are eight games back of the Diamondbacks for the NL West.

From a pitching staff that has not performed well, to an offense that is almost nonexistent, to big losses inside the division, countless injuries, and much more, the Dodgers are on a sinking ship that does not appear to be getting better.

The Dodgers went from a prime contender to repeat as NL champions to one of the worst teams in the MLB overnight.

The #Astros have now become the favorites to win the World Series while the #Dbacks have soared from 30-1 odds to just 17/2 with its torrid start. The #Dodgers, once just 5-1 odds to win it all, have fallen to 12-1, per @BovadaLV

It’s not even like the Dodgers got off to a hot start and cooled off, they haven’t had a winning record all year. The team has not performed well at any point in what has been a dreadful season so far.

This biggest issue is the injuries as the team currently has nine players injured.

The two bigger names on the disabled list at the moment are Kershaw with left bicep tendinitis and Seager who had Tommy John surgery on May 4 and will miss the rest of the season. Pitcher Julio Urías is also likely to miss the season following his Tommy John surgery that took place in 2017.

Third Baseman Justin Turner, who was expected to be a big contributor in the Dodgers lineup found himself on the DL before the season began and has not been in the lineup yet in 2018. However, he is likely to be activated for the series in Miami this week, which is good news for the Dodgers.

Pitcher Hyun-Jin Ryu was on track to having a promising season going 3-0 with a 2.12 ERA in his first six starts.

He suffered a left groin strain on May 3 and he is due back after the All Star break in July.

Overall, the Dodgers have been cursed with injuries from the beginning of the season all the way through the last 40 games. While it is an unfortunate situation, great teams come back from adversity like this, and the Dodgers have let it be their downfall, along with many other problems.

On top of the countless injuries, the Dodgers have not been hitting well at all during the first 40 games.

The team is batting a combined .239 (21st in the league), they have a ton of strikeouts in that lineup (351 to be exact), they are failing to drive runners in, and they are at the bottom half the league in just about every offensive category.

Besides Matt Kemp, there is not one Dodger batting over .300. Shortstop Chris Taylor (who has replaced Seager) is in the top 20 in the league in strikeouts with 45, and the team has only reached a double-digit score once in 40 games.

The defense has not been much better. The team has committed 25 errors this season, base runners steal on Yasmani Grandal and Austin Barnes more than just about every team in the league, and it almost looks like they have no chemistry on the field.

The pitching has been a disaster up to this point in a season where they knew they were going to rely on it in order to be successful.

Before Kershaw went on the DL, Dodger fans had no reason to be happy with him as he posted a 1-4 record and is suffering the worst start to a season of his entire career.

Alex Wood has been dreadful in the starting rotation going 0-3 with a 3.60 ERA giving up 18 runs in his 8 starts.

Rich Hill, following a decent 2017 season, has started out the year awful posting a 6.20 ERA and is getting beat up by every hitter he faces.

The starting pitchers haven’t been the only issue as the bullpen has been horrific so far in 2018.

From pitchers like J. T. Chargois who is struggling to keep runners off the board, Daniel Hudson who is posting an ERA of 7.15, and Scott Alexander who seems to walk every batter he faces, the bullpen has been very inconsistent and has cost this Dodgers team some winnable games.

We have also noticed they play down to their competition, loosing multiple games to the San Francisco Giants, San Diego Padres, Miami Marlins, and most recently they were swept by the Cincinnati Reds (the worst team in baseball) at home this past weekend, which really showed how bad this is getting in LA.

Dodgers freefall really picked up speed this weekend. Swept by the Reds in a 4-game series for first time since August 1976. Happy bicentennial everyone!!

Overall, this team has been a dumpster fire to begin the season, they have not been in the right state of mind for one minute, and it looks like a situation that is out of Manager Dave Roberts’ control.

This is a team that needs to wake up now if they want any shot at coming back in this division. If they continue this type of play, they may need to think about tough decisions that may need to be made.

Is this a team that puts its hat in the Manny Machado sweepstakes in a last-ditch effort to save the season? Do they think about trading a healthy Kershaw at the trade deadline if there is no improvement?

Only time will tell what the Dodgers decide to do moving forward, but one thing is for sure. Despite the Diamondbacks being swept by the Nationals this weekend, they are still the favorites at the moment, along with the Colorado Rockies that are 2.5 games behind Arizona.

The Dodgers need to stop worrying about who isn’t on the field, and focus on who is on the field and start playing the brand of baseball they know they can play. They are in for a rough stretch as they have multiple series to worry about against the Washington Nationals, two series against the Colorado Rockies, Philadelphia Phillies, and Atlanta Braves all within the next four weeks.

If the Dodgers don’t find momentum soon, their chances at winning a second consecutive NL title will be up in smoke sooner than they think.