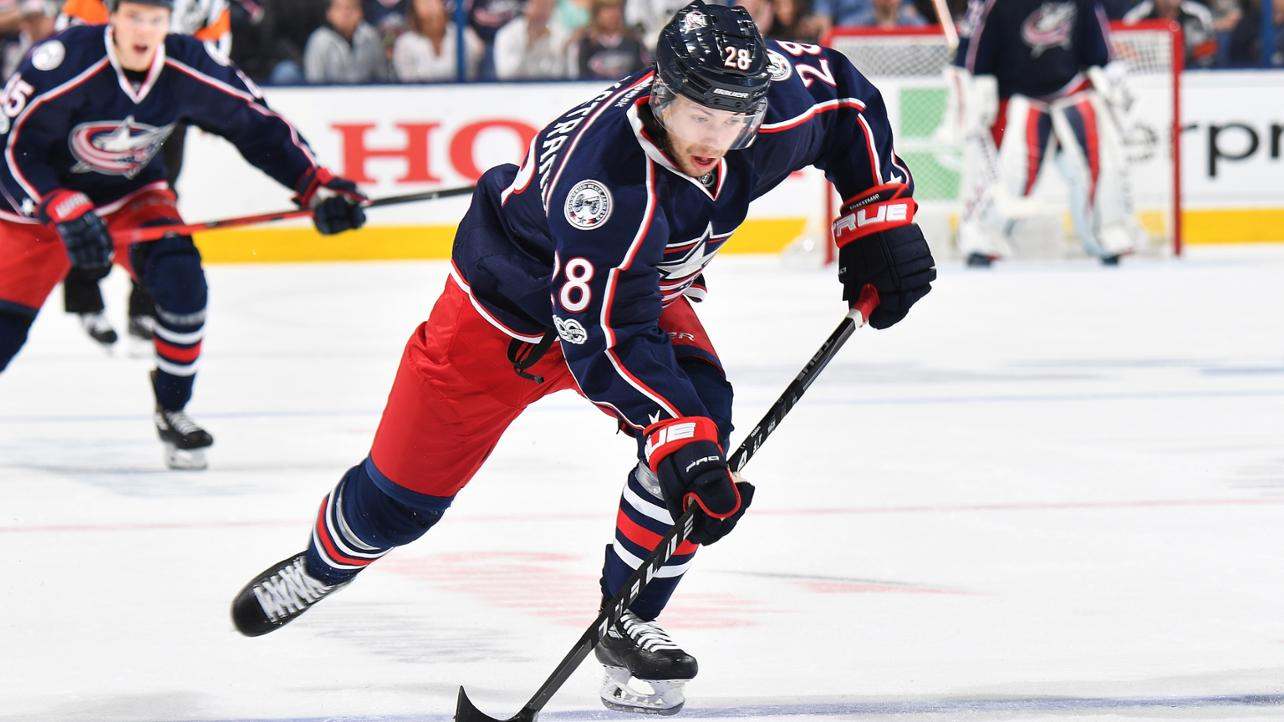 You know they’re out there — the third-liner who showed glimpses last year, the solid supporting player poised to get a shot at a lead role, the high draft pick who has served his time in the minors, a backup traded to a better situation. Somebody who wasn’t anybody is going to surprise everybody.

It happens every year.

In 2017-18, it was Sean Couturier going from a career high of 39 points to an eye-opening 76 in his seventh NHL season. It was Mathew Barzal stepping up from the WHL and continuing to dominate on his way to 85 points and the Calder Trophy. And it was basically everyone on the Vegas roster — especially Erik Haula, a fourth-year vet who nearly doubled his previous career goals high of 15 by scoring 29 for the Golden Knights.

So, who will be the breakout players of the 2018-19 NHL season? Here’s one man’s Maybe Magnificent Seven:

Oliver Bjorkstrand: Here’s an interesting thought: The Blue Jackets had a down year across the roster. Several players should bounce back, and that bounce could propel Bjorkstrand to new heights. A big-time scorer in the WHL, he had only 11 goals in 82 NHL games last season after scoring 10 in 38 over the previous two. Ice time and shooting percentage have been an issue. Can an increase of the former fix the latter?

Philipp Grubauer: Traded from Washington to Colorado in June and signed quickly to a three-year, $10 million deal, this 26-year-old, three-year backup to Braden Holtby should get every chance to be the Avalanche’s No. 1 goalie ahead of oft-injured Semyon Varlamov (who’s headed for free agency). With the Caps in 2017-18, Grubauer was 15-10 with a 2.35 goals-against average.

Vinnie Hinostroza: The Coyotes are rebuilding. Hinostroza, a 24-year-old center Arizona gained for taking on Marian Hossa’s contract, scored 25 points in 50 games getting limited ice time last season for the Blackhawks. He’ll get more, probably on the second line, next season.

Charles Hudon: Advanced metrics suggest this 24-year-old had an unlikely run of bad luck in his first full NHL season. Expect the Canadiens winger to significantly improve on his 10-goal showing in 2017-18.

Ondrej Kase: The Ducks winger had 20 goals in his second season. GM Bryan Murray signed him to a three-year, $7.8 million deal, which screams more minutes. He should find a spot on one of the top two lines.

Anthony Mantha: Here’s a 6-foot-5 riddle wrapped in a 225-pound enigma. The huge winger is just 23 years old, and scored 24 goals and 48 points in his second NHL season. But he was also occasionally a healthy scratch and frequently in Detroit coach Jeff Blashill’s doghouse. Properly motivated, Mantha has the size, speed and skills to be a Red Wings mainstay for years.

Jakub Vrana: The 22-year-old was competent for the Capitals in the 2017-18 regular season, scoring 13 goals and 27 points in 73 games. But in Washington’s drive to the Stanley Cup, he opened eyes with two game-winning goals and eight points in 23 games. He may end up on a line with Nicklas Backstrom, which will guarantee him plenty of scoring chances.

By definition, breakout players are a bit of a surprise, so expect to see big things from a name you don’t see here. In 1987, nobody had ninth-round pick Luc Robitaille on their list of Calder candidates, but after scoring 84 points he had the trophy and was on his way to becoming one of the 100 Greatest NHL Players. Speaking of Calder candidates, right now there’s the Swedish Bobby Orr, No. 1 draft pick Rasmus Dahlin, and everybody else. Rest assured there will be a somebody among the everybody.

Author bio: AJ Lee is Marketing Coordinator for Pro Stock Hockey, an online resource for pro stock hockey equipment. He was born and raised in the southwest suburbs of Chicago, and has been a huge Blackhawks fan his entire life. AJ picked up his first hockey stick at age 3, and hasn’t put it down yet.

AJ Lee is Marketing Coordinator for Pro Stock Hockey, an online resource for pro stock hockey equipment. He was born and raised in the southwest suburbs of Chicago, and has been a huge Blackhawks fan his entire life. AJ picked up his first hockey stick at age 3, and hasn’t put it down yet.