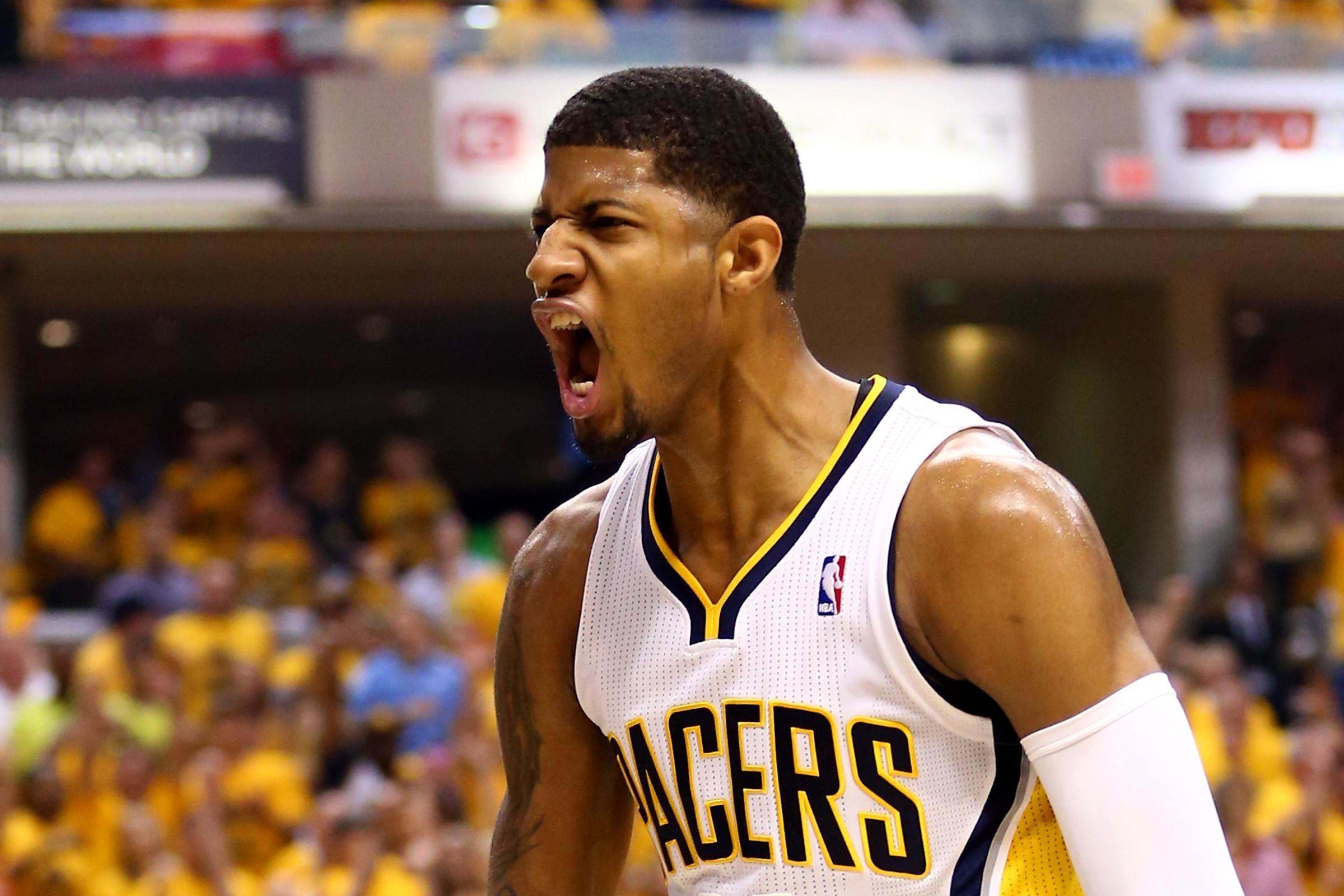 Yeah, you read that right.

Indiana Pacers star forward Paul George was ejected from Saturday night’s game against the Chicago Bulls for kicking the ball into the stands, which resulted in a fan getting hit in the face.

George was in the midst of a lackluster 7 point night on 3-11 shooting from the field.

Personally, I think this is hilarious. Paul thought it was a bad foul call, so he showed the ref just how he felt. By no means did he intend to hit the fan.

The Pacers are currently dominating the Bulls midway through the 4th quarter, 97-71.