2016 NBA Season Preview: Is It Playoffs Or Bust For New-Looked Knicks? 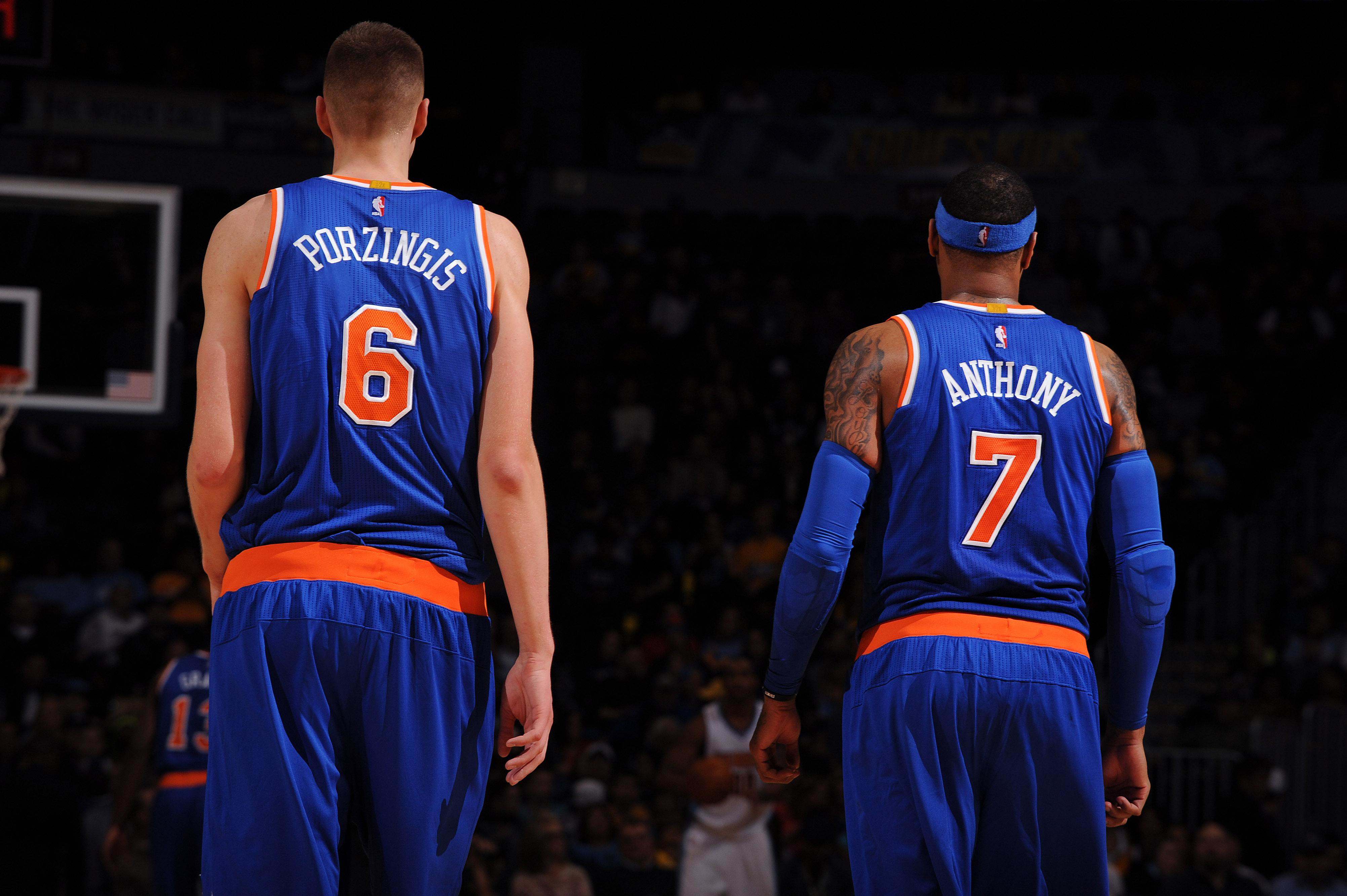 The 2015 NBA draft seemed to draw out a clear plan for the New York Knicks. Sure, they decided to pay veteran forward Carmelo Anthony a boat load of money, but the goal for Phil Jackson and these new-looked Knicks was obvious when they selected Kristaps Porzingis in the first round.

But after a promising rookie season from Porzinigis, Phil Jackson and the Knicks went all in on big name, highly priced veteran players. Guys like Derrick Rose and Joakim Noah were brought in to re-create some sort of “ghosts from 2011 Eastern Conference playoffs” past, while the original plan of youth and patience was thrown out the window.

The question then became, what in the world do the Knicks do now?

Or, put more bluntly, does Phil Jackson even have a plan?

Sure, Courtney Lee is a nice player and a good addition, but at that price it doesn’t make sense. Giving Joakim Noah four years at this stage of his career and with his injury history is patently insane. Trading for Derrick Rose is risky, a risk which has clear appeal, but risky nonetheless.

Hiring Jeff Hornacek in today’s NBA climate makes a lot of sense, but not when you consider Jackson’s basketball philosophy and the Knicks aging roster.

On their own, you can justify these moves. But when put together, the whole is less than the sum of its parts. And that much will be made clear come opening night.

What do we expect from these Knicks?

To figure out where you’re going, you have to know where you’ve been. Last year, the Knicks were awful at 32-50.

But being awful was okay.

You would see Porgingis flash his greatness, or see those younger Knicks compete with good teams every once in a while. These flashes, no matter how few and far between they came, were exciting. They seemed necessary to an end goal of greatness 5 years down the road.

But after this off-season, being bad is not longer acceptable.

It’s playoffs or bust for the New York Knicks. And to be honest, it is hard to not expect them to bust.

The rise of the Eastern Conference has been overlooked by most, but all of a sudden the East is deep with talented, young, athletic teams. Most of them, better than the Knicks are.

Teams like the Wizards are more talented and better suited to win in 2016. Teams like Pacers and Pistons were contenders for playoff spots last year, and should only be better this season. And then there are teams like the Magic, who’s potential and upside is much greater than that of the Knicks.

Neither one of those things bode well for the success of the New York Knicks.

I will say, however, that as a fan I cannot wait to watch the development of Kristaps. He has already shown improvement as a shot blocker this preseason, and he is only going to improve as time goes on.

Maybe it is the pessimistic Knicks fan in me, but it is hard for me to imagine this team being any type of contender outside of an 8 seed swept by LeBron in the first round. And at this rate, that first round exit by the hands of LeBron is the best a Knicks fan could hope for.