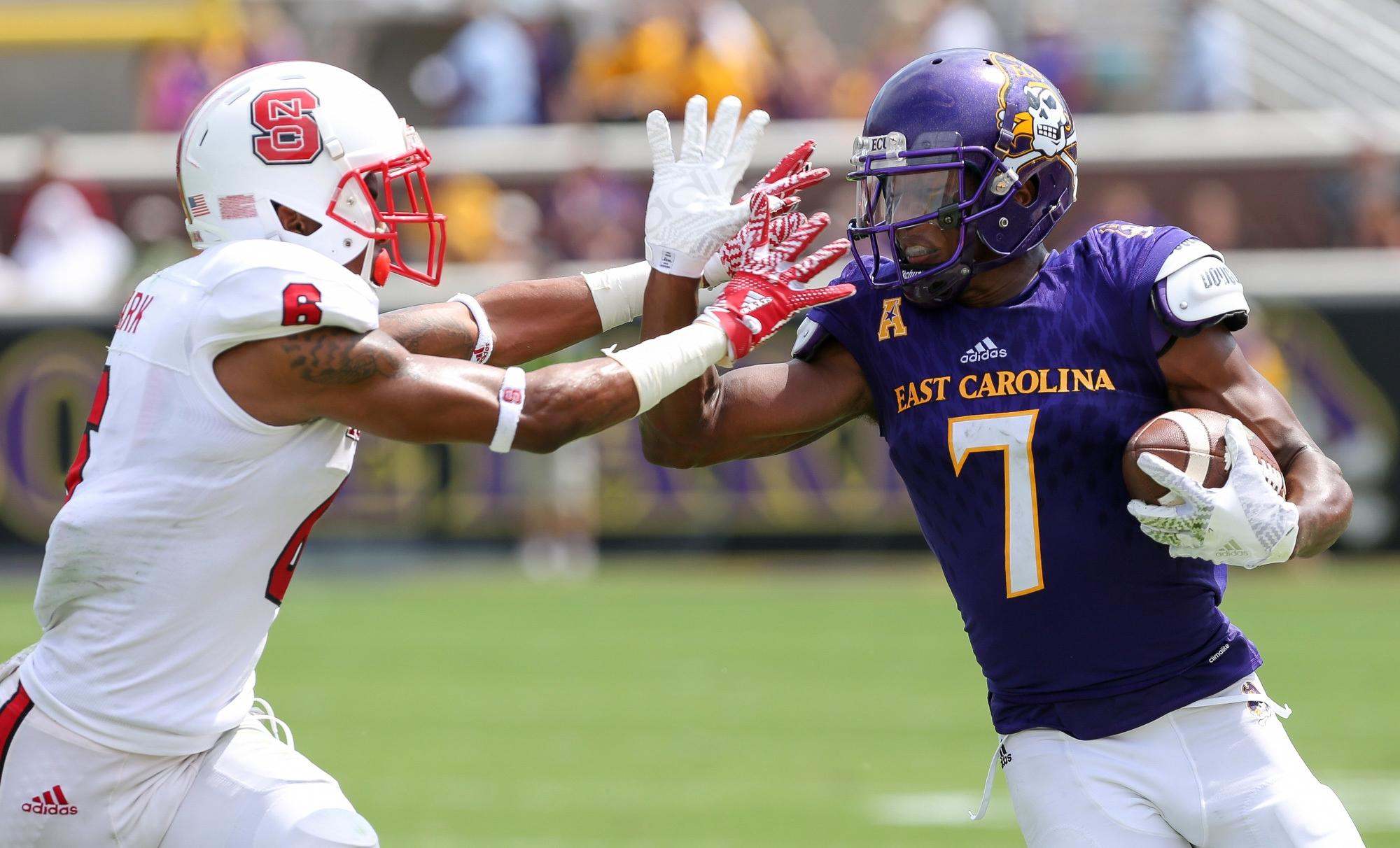 The FBS’ all time leader in receptions with 399 out of East Carolina University, Zay Jones continued to prove himself at the Senior Bowl in Mobile recently – hauling in six more receptions for 68 yards and a touchdown. With a height of 6017, Jones caught everything thrown his way throughout his entire college career, and will now have a chance to prove he can do the same in the NFL.

Zay Jones is a strong runner that, although stiff at times, utilizes his upper body strength incredibly well to high point any passes thrown his way. Despite struggles at the quarterback position in his final season with the Pirates, Jones caught a career high 158 passes for 1,746 yards in 2016.

A majority of these receptions may have come on incredibly simple route concepts, but Jones does show the ability to stretch the field on tape and track the ball exceptionally well.

Jones’ 9″ hands are his best pro-ready trait, and he approaches every ball thrown his way with an aggression that scouts will love, even on short and simple routes. Not only did Zay Jones embrace being East Carolina’s go to offensive weapon, he thrived in this role – which clearly shows even on tape.

Unfortunately, projecting Jones at the next level is truly just that – a projection – despite the wide receiver position typically being one of the easier ones to translate from college football to the NFL.

So much of Jones’ tape is him repeatedly catching screen passes and short curls, which any draft prospect at WR will be asked to do. When asked to stretch the field and expand his route tree, Jones rarely shows the fluidity or strength to create consistent separation.

Perhaps the biggest issue with Jones’ route running ability is his failure to run cleanly out of his breaks. I’ve already mentioned the quarterback issues that ECU went through this past season, but as this team’s WR1, Jones needs to help out his quarterback by giving him a better target to throw to than the one here.

NFL scouts are going to have a hard time selling Jones as an early round pick due to these major issues in his game despite his clear production and size.

Zay Jones is really good at catching the football, and that is something he’s done more than anyone in the college game. It is not something that he should be expected to do as consistently on day one in the NFL though, as Jones was rarely asked to get open on pro-style routes.

With strong enough hands to make up for the tight coverage he’ll most certainly see at the next level, the intrigue is there with Zay Jones to potentially continue making the WR position look easy with whatever team calls his name in the draft thanks to his traits – which is sometimes all you look for in the later rounds.

For me, his inability to utilize his frame fully as a pass catcher is a major red flag though, and it earns Jones a sixth round grade on my 2017 NFL Draft Board.