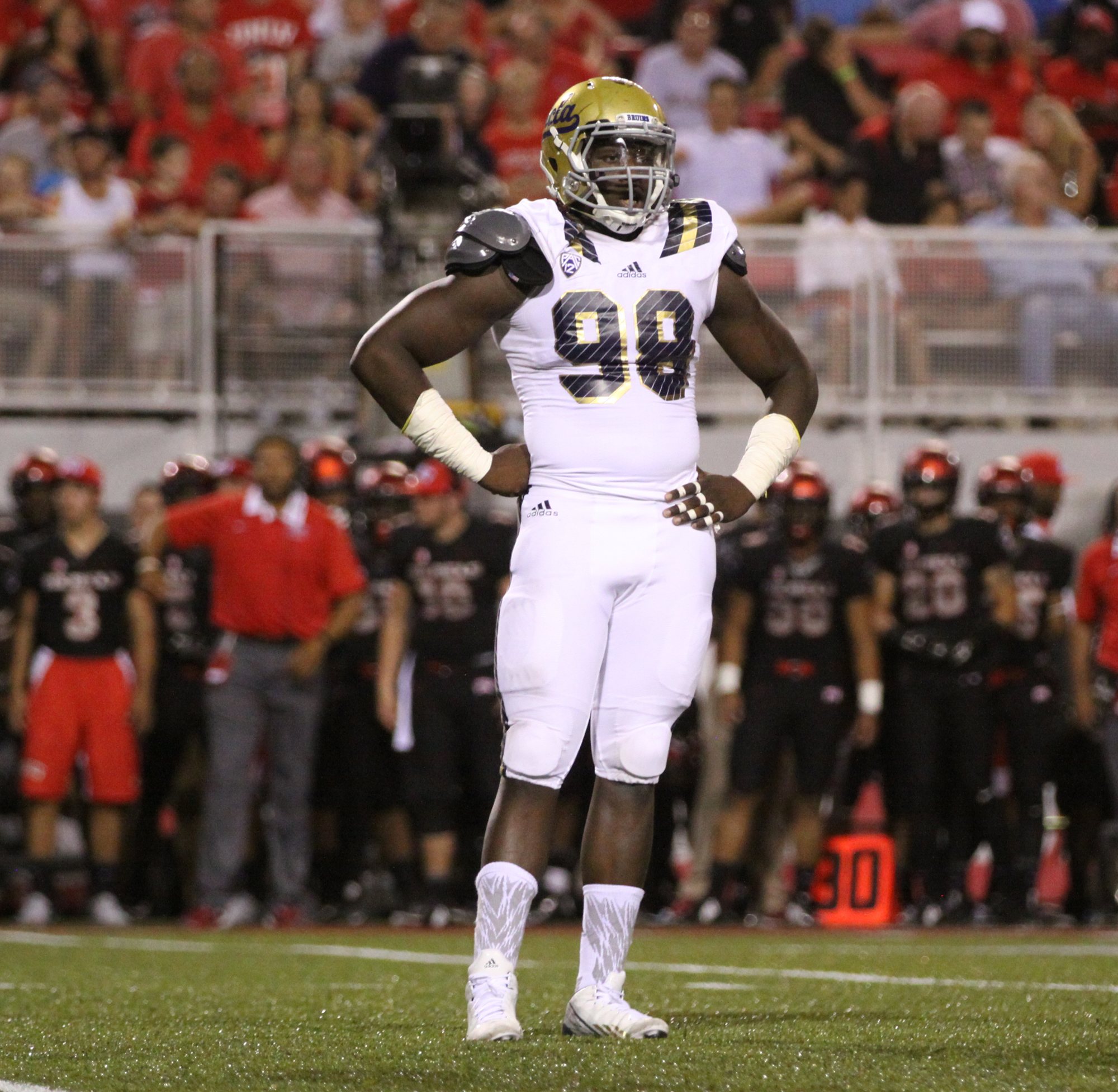 The NFL Draft is a unique thing. 32 teams sit through seven rounds in order to pick college athletes, kids relative to most, who are to come in and have an impact on their franchise. Sometimes, that impact is expected immediately. Other times, players are given the proper time to grow.

UCLA defensive end Takkarist McKinley is a player who should be allotted time to grow in the NFL. Much of his game is raw, such as his hand usage and pass rush moves, but there might not be a single player in this draft class as explosive off the edge as Takk when he gets going.

Takk is listed at 6’2 and just over 250 pounds, depending on your source. While he is raw, Takk bursted onto the scene as an NFL prospect after a spectacular 2016 season in which he finished with 10 sacks and 18 tackles for loss.

Takk’s best attributes flash on tape as soon as you start watching him. Simply put, he is an athlete, and someone who uses that athletic ability to his advantage on the field.

This play is a great example of everything there is to love about Takkarist McKinley as a pass rusher. He is explosive off the ball, has the speed to dip, rip, and win around the edge with ease, and can convert speed to power when countering the tackle’s punch.

McKinley might have the best traits of any pass rusher in the draft. He has ridiculously long arms which help to create separation from the offensive tackle, win the hand battle, and strike and shed to make plays.

He is incredibly athletic for his size, as he recently promised to run a 4.4 40 yard dash at this year’s combine. Of course, we are just taking him at his word here, but his play speed jumps right off the tape.

Once again we see a great example of Takk’s burst. As I’ve talked about with speed rushers before, the importance of having an inside counter move cannot be understated. When you consistently rush the edge with speed, the offensive tackle will eventually try to compensate for your speed and potentially over-set. When this happens, you have to be able to win inside.

Here we see Takk come off the ball quickly, and immediately win with an inside rip move. The offensive tackle tries to wash him down, but Takk, who is surprisingly strong for his size, powers through the block and disrupts the quarterback.

Takk’s closing speed and motor are also impressive. While he sometimes sticks to blocks too long, especially once offensive tackles get their hands inside him, he always keeps his feet and hands active and tries to get to the ball.

Here we see him get into the backfield with an inside move, only to realize he has over-pursued the play down the line of scrimmage. Instead of allowing himself to be washed down, Takk has the awareness to spin back outside and make the tackle. His ability to disengage from blocks, and keep his feet while offensive linemen are bearing down on him is impressive at times.

Once again we see Takk win right from the snap. He is simply quicker than the tight end off the ball, who cannot get to him in time before the play is made. He maintains leverage against the blocker, and is disruptive to the run.

Of course, McKinley is not without his weaknesses. First and foremost, he is an incredibly raw prospect. While he made many splash plays in 2016, most were due more to his sheer athleticism than his technical prowess. He will need to add a few more pass rush moves to his repertoire in the NFL.

Takk also has the tendency to play with high pad-level, and to stick to blocks at times. He doesn’t have a big frame, and while his hands remain active, they aren’t as “heavy” as some other rushers in this class.

Takkarist McKinley is not a perfect prospect, but at just 21 years old he might have the highest ceiling of any edge rusher in this draft class. He already comes off the edge like a bat out of hell, and once he learns how to better utilize his long arms and active hands, he is going to be tough to stop for any offensive tackle.

Right now, Takk is projected to go in the late first round, most likely to the Dallas Cowboys or Pittsburgh Steelers. But I have a feeling that as this draft process moves along, Takk’s stock will rise greatly as he tests well, and he will be considered as a top 20 pick in the draft.