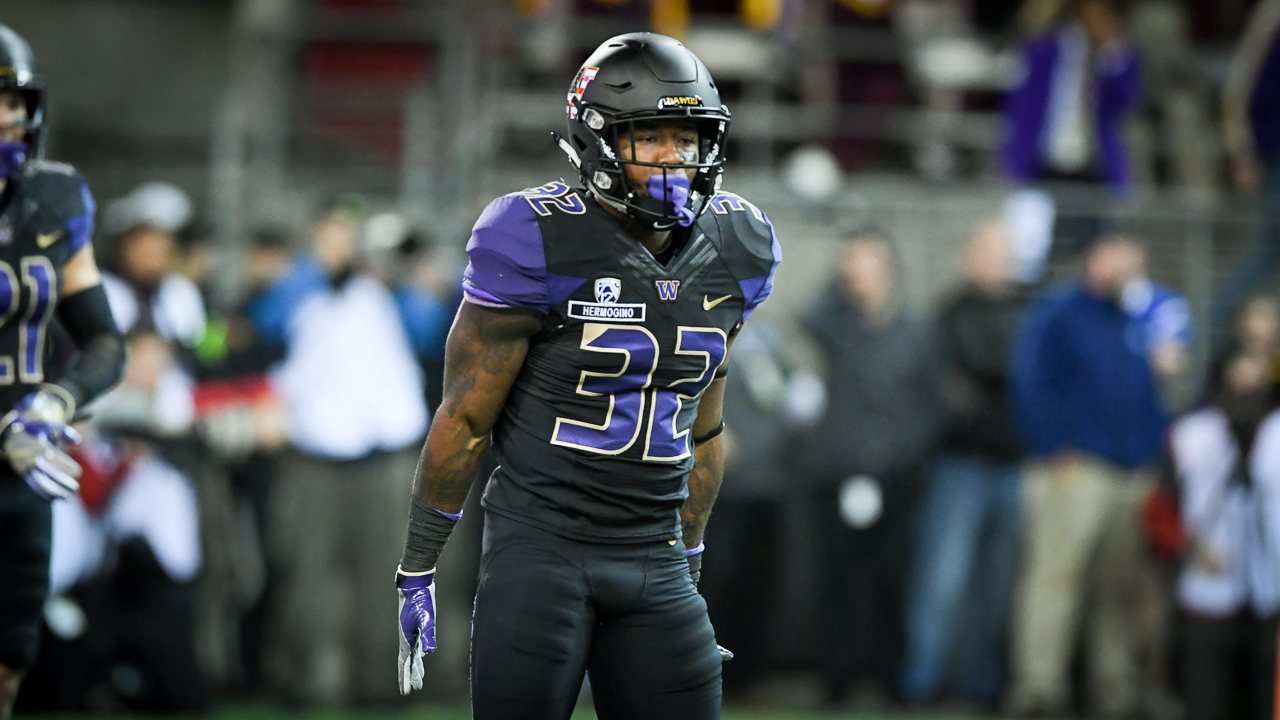 The Washington Huskies defense is loaded with NFL Draft talent, and three-year starting safety Budda Baker is no exception. An incredibly active player that was asked to play at multiples levels of the defense in college, Budda Baker projects best as either a deep safety or Nickel cornerback at the next level.

At his best, Budda Baker is an energetic, spark plug type of safety that diagnoses situations a step ahead of any other defenders before flying downhill to make plays. While his size affects his ceiling as a prospect, Baker consistently finds ways to get to the football as a run defender as well as in pass coverage.

Baker can carry receivers out of the slot, which may intrigue some scouts to grade him as a mostly full-time cornerback in the NFL. As a deep safety, Baker displays an above average understanding of the route concepts in front of him, and can burst to the ball better than most safeties in this draft.

If you watch solely highlights, Budda Baker would be a top ten draft prospect in this class, but his flash plays certainly show the potential for Baker to become a high-level starter in the NFL.

Used above as a blitzer (something Washington did rather often), Baker shows off his knack for punishing unsuspecting ball carriers with impressive blows.

Budda Baker finds enough ways to impact games at safety and cornerback despite his size, but the plays he gives up because of it cannot be understated. Not only is his physical stature a major issue coming into the NFL, but his tecnhique as a tackler can be erratic – often throwing around his body as opposed to showing true form.

Fluidity is also another issue I see with Baker, as a more natural glider would easily make up for some size disadvantages. Instead, I think this is yet another trait working against Baker at cornerback, but one you may be able to live with when it comes to his hips and change-of-direction ability at safety.

When a play calls for Budda Baker to carry a route across the field from the safety position, he will often lose contact with his man either towards the sideline or breaking into the middle. This stems from his unwillingness to embrace any contact (a negative also seen with him as a blitzer and in-box safety), allowing receivers to work him up the field before securing the catch in front of him.

Baker may be able to develop as an ideal single-high safety, and his Combine measurements will go a long way in determining if he has the build to handle this role, but his tape from Washington makes this position nothing more than a projection for Budda Baker – as he was almost never asked to play in single-high.

While it may seem like I have plenty of weaknesses to note in Budda Baker’s game, I do think that a NFL team with a clear vision for him is going to get a quality starter early in this 2017 NFL Draft.

With good coaching through his first seasons in the league, Baker will only develop mentally with the upside to use his instincts on day one and make a difference at safety.

The position flex to come down and offer some versatility at cornerback is also going to win over scouts and general manager’s alike on Budda Baker, who earns a second round grade on my 2017 NFL Draft Board.