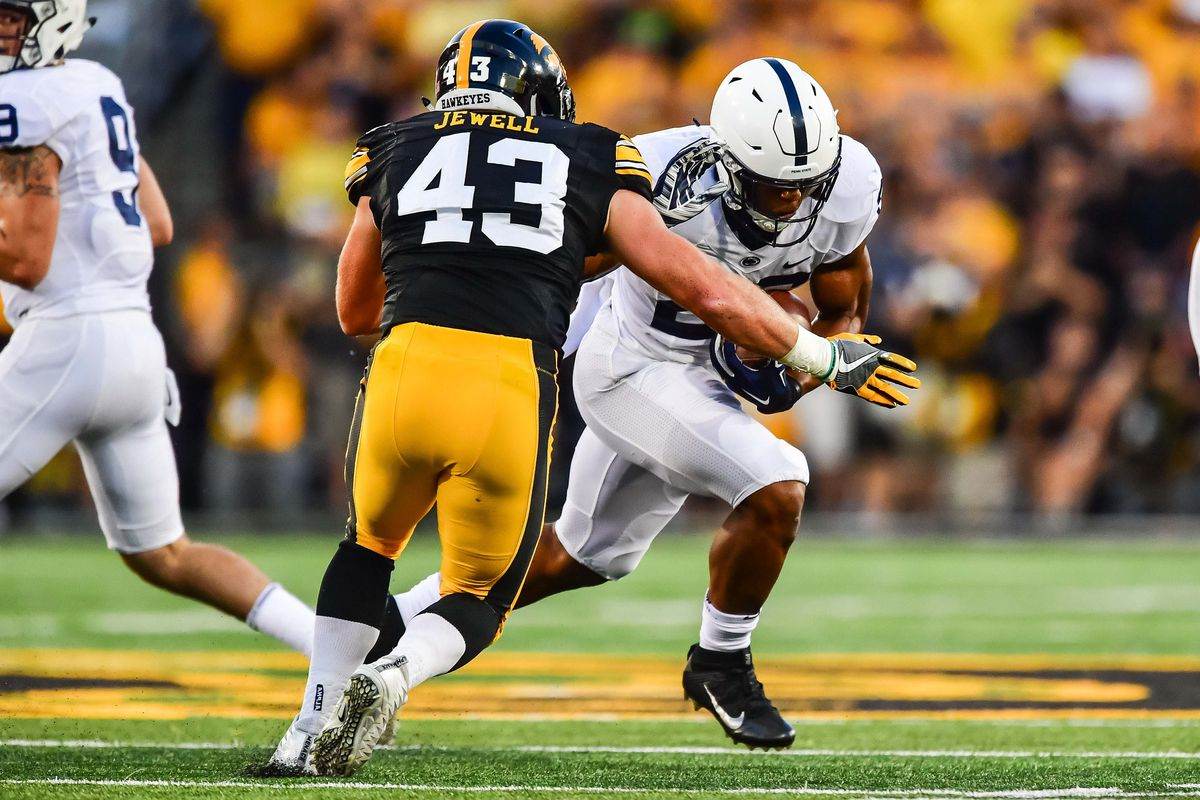 With each NFL Draft cycle, scouts everywhere can typically feel good about their evaluations of Iowa Hawkeyes players. The BIG 10 school is known for producing solid, pro-ready talent that NFL teams absolutely need to fill out a roster. Enter Iowa Linebacker Josey Jewell, a three-year starter and captain on this Hawkeyes defense.

Jewell is a fascinating prospect at LB in this 2018 Draft, showing more than enough ready-made ability on tape to warrant a top 100 pick in April. A closer look at Jewell also shows he has the ceiling to quickly outplay his eventual draft status, as well as face his fair share of difficulties adjusting to the pace of NFL play.

Iowa LB Josey Jewell is an incredibly instinctive player, reacting to plays with a rare mix of balance, burst, and physicality against the run. Jewell’s playing speed is certainly not on par with the likes of Roquan Smith or Tremaine Edmunds in this draft class, but his mental processing ability is.

When asked to make plays from depth, Jewell smoothly changes directions and flips his hips – his eyes always in the backfield. When Jewell breaks on the football, he is going to find a way to get to the point and finish more times than not, showing off his strong hands and square frame to avoid blockers.

As you see here, Josey Jewell plays with the stopping power that NFL scouts absolutely love out of any front seven players. Asked to play a lot of MIKE linebacker at Iowa, Jewell will be a physical presence for any defense to add – projecting best at the next level as a hard-hitting WILL or run-stuffing SAM.

Jewell plays with textbook technique in pass coverage as well, playing light on his feet with the balance to hang with shifty receivers throughout the down. This next play may go as a garbage time Ohio State touchdown, but watch how Jewell (lined up at WILL) effortlessly sinks into his drop and takes away the underneath routes.

Similarly to evaluating pass rushers, linebackers should ideally play with their hands and feet in sync – keeping their head up when picking through blockers and shooting gaps as well. Jewell consistently does all of these things, flashing the ability to attack the half man when playing tight to the line of scrimmage and create penetration.

While Josey Jewell’s Iowa tape left no questions about his ability to move backwards with ease and attack forward, his lateral movement leaves some concerns. Jewell’s second gear to finish off his fair share of plays remains a positive, but seeing plays spill to his outside as often as they did was concerning.

Jewell’s ability to find the football and put the ball carrier on the ground is another positive for scouts to hang their hats on, but as the sole defender in space this is a player that will hesitate to make a tackle. When Jewell has a chance to get his hands on a runner or receiver, he does not always do so and follow with his body to create form tackles when isolated.

Playing in a Hawkeyes scheme that suited him well, Jewell’s athletic testing results at the upcoming Scouting Combine will be crucial for his final draft grade.

Based solely on his collegiate tape, I have Josey Jewell as a high-value third round prospect on my 2018 NFL Draft Board.

This is a player that can make the transition from MIKE to either WILL or SAM, depending on which traits out of his well-balanced game Jewell’s next team want to play towards. Effort never being a problem for Jewell, lining up at WILL should free him up to fly to the ball on every down, while shifting him to SAM would add an enforcing linebacker that any team can use on their defensive front.

For the majority of NFL teams that miss out on the premier LB talent available in this draft, a player like Josey Jewell could prove to be a later round steal with the floor to start and contribute as a rookie and develop quickly.