Can The New York Mets Get Back On Track? 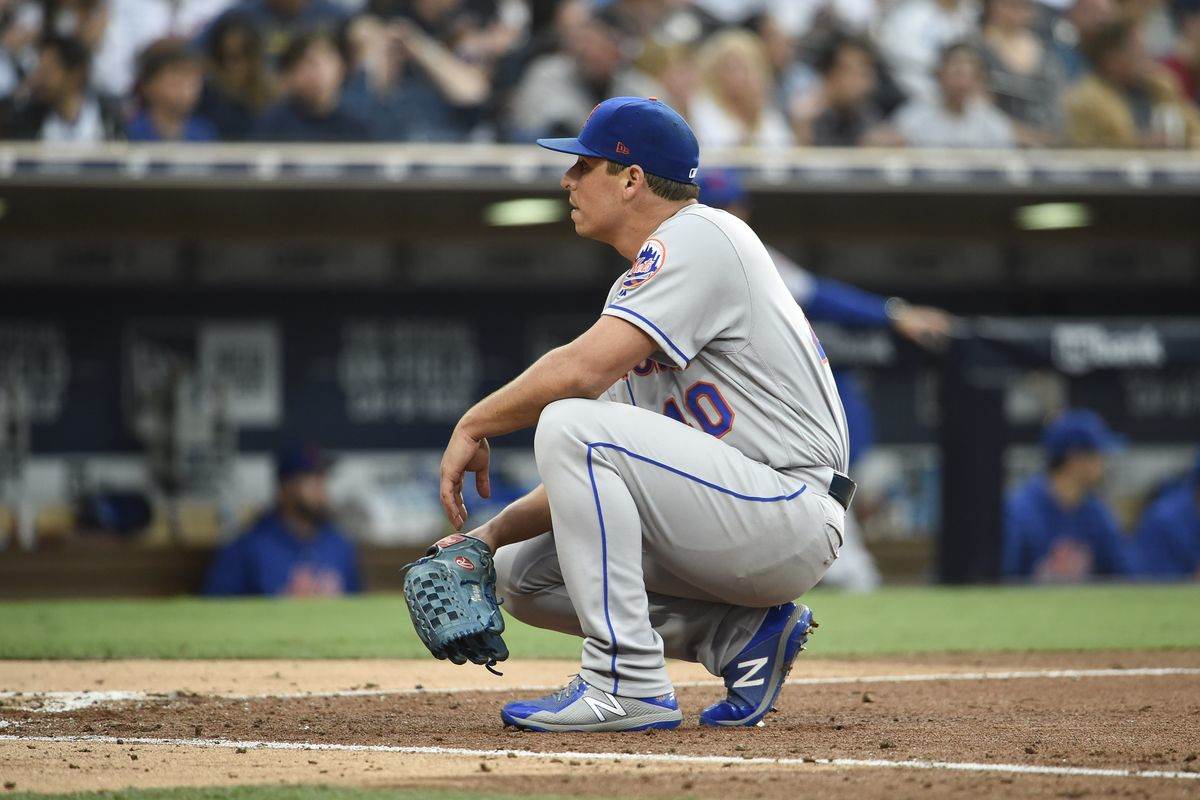 It seems like a lifetime ago when the Mets got off to an 11-1 start to begin the 2018 campaign, when in reality it was only about a month ago.

The Mets were in first place in the National League East, they had big wins inside the division against the Washington Nationals and Philadelphia Phillies, and it looked like they were on their way to looking like a contender all the way through September.

In just one month the Mets have gone 7-16 in their last 23 games (1-9 in their last 10 games), they have won only one series since the middle of April, they were swept by the Atlanta Braves and Colorado Rockies, and the team has plummeted to fourth place in the NL East.

To make matters worse, they just lose two out of three to the worst team in baseball. It is clear that the Mets have hit rock bottom and they hit it early.

Since topping out at 70-percent favorites to make the postseason a month ago, the Mets are now about half as likely to do so as they were on Opening Day, according to Fangraphs probabilities.

Now, the season is not over by any means, but it looks like right now that this sinking ship is only going to sink deeper as the days go on if the Mets don’t wake up soon.

It all started when the Nationals came to town back on April 16. The Mets were cruising with a 6-1 lead in the 8th inning and Jacob deGrom dominated the Nationals lineup pitching 7.1 innings giving up three and striking out 12.

It looked like the Mets were gonna take their fourth straight win against the division rival, but then for the first time all year the bullpen collapsed in a crucial situation giving up 6 runs in the 8th inning to give the Nationals the win 8-6.

The Nationals score six runs in the 8th inning to overcome a five-run deficit as they rally to beat the Mets, 8-6, at Citi Field

The Mets then returned home to Citi Field to play some of their worst baseball all year.

The Mets were swept by the Braves as well as outscored 21-2 in the series and then followed up by being swept by the Colorado Rockies and failing to provide run support in all three of the close games.

Finally, the Mets lose two out of three to a Cincinnati Reds team that has 11 wins on the season.

Lets also not forget this “typical Mets” moment when Asdrúbal Cabrera batted out of order and not only did it cost them a baserunner, it probably cost them the game as the Reds went on to win 2-1.

Mets bat out of order, penalized an out

Because the lineup given to the umpires differed from the order the Mets batted in, Asdrubal Cabrera is called out after hitting a double About Major League Baseball: Major League Baseball (MLB) is the most historic professional sports league in the United States and consists of 30 member clubs in the U.S.

In this current skid, we saw many awful things happen to the Mets both on and off the field.

We saw Jacob deGrom get put on the DL (who is expected to be back Sunday), we saw Matt Harvey get designated for assignment after he denied a minor league assignment, and we saw a few injuries that are cause for concern.

The pitching has been the biggest concern, especially the bullpen which we saw completely fall apart with pitchers like Hansel Robles giving up 13 hits in 10 innings as well as AJ Ramos posting a 6.23 ERA in his last 8.2 innings.

Jason Vargas has been such a nightmare in the starting rotation for the Mets he made Matt Harvey look like “The Dark Knight” again. Vargas has given up 19 runs in just three games which earned him a 13.86 ERA forcing the Mets to skip his next start.

The Mets are skipping Jason Vargas’ next turn through the rotation, taking advantage of off days to try to get him right.

Overall, It is clear that the honeymoon stage for Manager Mickey Callaway is over, so now we ask ourselves the question, do the Mets still have time to turn this around?

Considering it is May 12, the answer is yes, but if they want to turn it around, they need to start right now.

The Mets began a huge three game series last night in Philadelphia, taking on a Phillies team that had won four in a row and are now just .5 games behind the Atlanta Braves for first in the division. The Mets won game one of the series 3-1.

The Phillies have played incredible baseball in the first two months of the season and they look like one of the biggest threats in the NL East at the moment.

With players like Obúbel Herrera batting .353 and being a productive weapon on offense and defense to Aaron Nola (who the Mets will face on Sunday) who has been lights out in the starting rotation to begin the season for the Phillies, this team is productive in every which way possible.

The Mets will face a big challenge this weekend, but this is a series that they must win in order to build momentum, and they need to do it quickly, and here is why.

The season will not get any easier for the Mets. After Philadelphia, they still have to deal with the Arizona Diamondbacks and a four game series with the Atlanta Braves before May draws to a close.

In June, they face the Chicago Cubs and New York Yankees at home and then go on the road for a nasty road trip against the Atlanta Braves, Arizona Diamondbacks, and Colorado Rockies.

The Mets need to get run support for their starters as the team has only scored 148 runs this season (22nd in the league), the bullpen needs to keep runs off the board, and the starting rotation needs to be lights out against the tougher opponents.

In case the Mets haven’t figured it out yet, the Braves and Phillies don’t look like they are stopping anytime soon, and at some point the Nationals are going to be back at full strength. They need to find a way to get themselves back on track and quick.

If they don’t, they can kiss their chances at a postseason birth goodbye very soon.