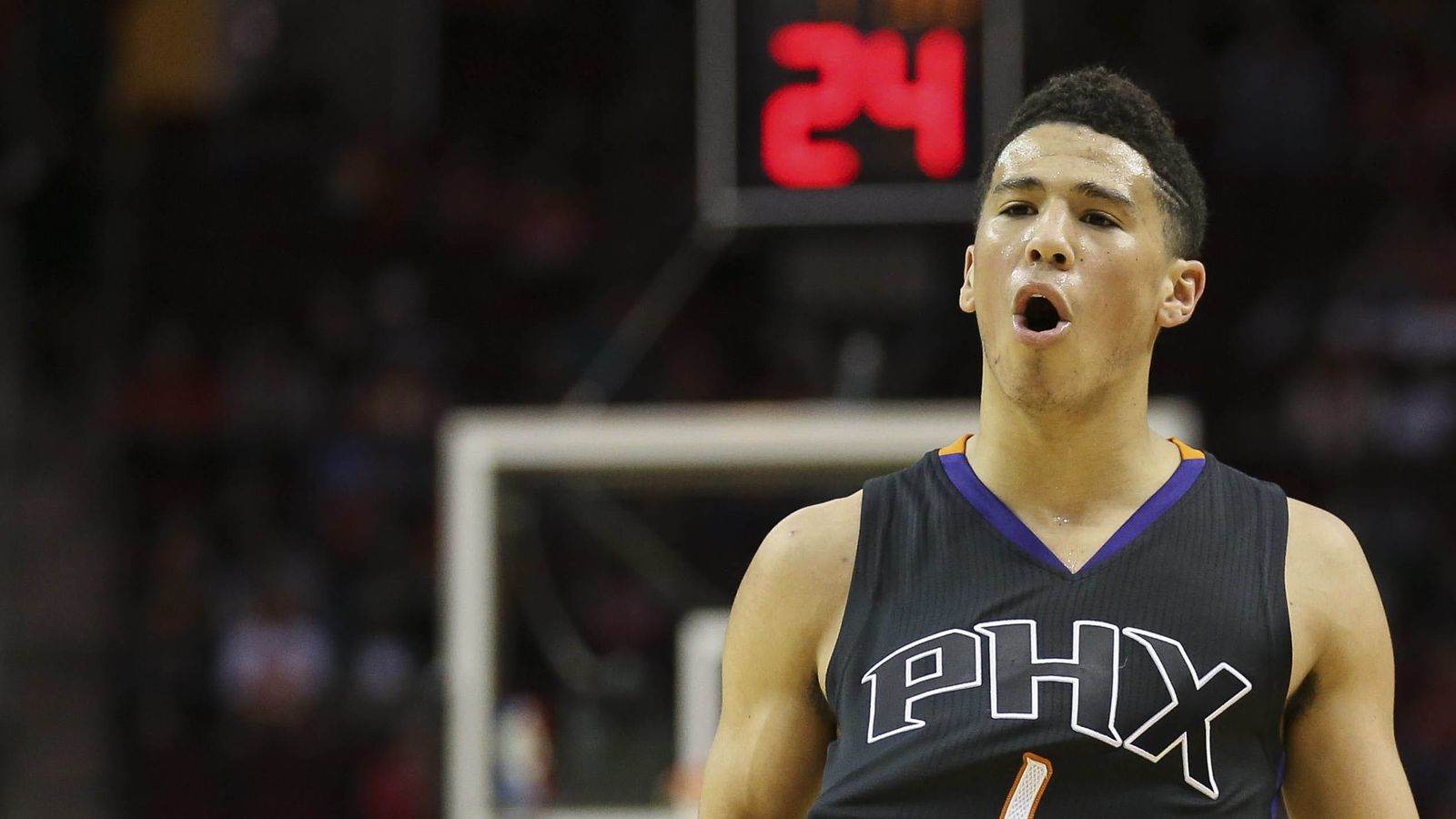 In a survey of all 30 NBA general managers, the overwhelming majority of votes for “most likely to have a breakout season” were given to Phoenix Suns guard Devin Booker.

The second year player out of Kentucky is coming off a rather successful rookie season, where he finished with 13.8 points per game, 2.6 assists per game, and a PER of 11.9. While Minnesota Timberwolves stud Karl Anthony Towns was the unanimous rookie of the year, those who cast runner up votes for Booker were certainly justified.

Selected to the NBA All-Rookie First Team last year, Booker made his presence felt during his freshmen campaign. Just a year removed from college, and only two years removed from high school, Booker averaged 17.4 points per game in his 51 starts, once injuries forced him to up his minutes in December.

With an improved roster from last season around him and another year of preparation under his belt, one would only expect Booker to continue to improve during his sophomore season as the number one scoring option in Phoenix.

Booker has shown a ton of promise during the preseason so far, and at only 19 years old, it is not out of the realm of possibilities to expect 20 points per game out of him this season.

The Suns, who open their 2016-17 campaign Wednesday night against the Sacramento Kings, will play three teenagers-Booker, Dragan Bender, and Marquese Chriss-a decent amount of minutes this season. It will be up to the “veteran” of this young group, Devin Booker, to lead these Suns this season, and for many years to come in Phoenix.

To view the entire survey, follow this link to NBA.com.