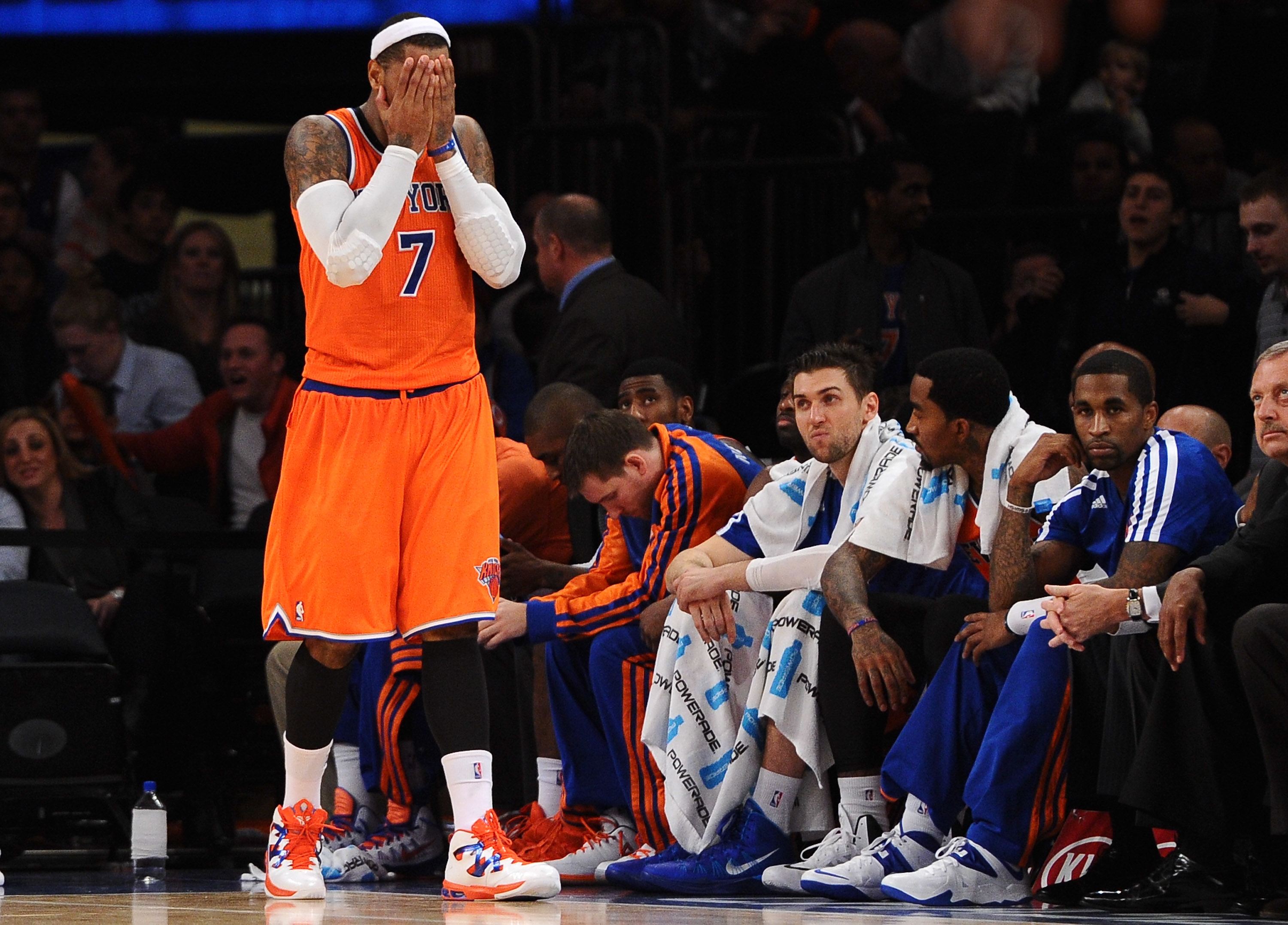 Another day, another devastating Knicks loss.

After a late bucket from Derrick Rose put the Knicks ahead by 2, Atlanta Hawks point guard Dennis Schroder came right back to hit a three pointer over Rose to put the Hawks ahead for good, 108-107.

The Knicks had multiple chances to win the game on their final possession, but after Rose’s attempt was blocked by Paul Millsap at the rim, Carmelo Anthony could not hit the open put-back.

Schroder led the way for Atlanta as usual, scoring 28 points in 34 minutes, including the game winner. For the Knicks, the usual characters played their best, as Melo went for 30 points and 7 boards and Rose finished with 18/9/4.

Despite stellar efforts from Rose, Carmelo, and Justin Holiday off the bench, the Knicks still fell short in heartbreaking fashion once again.

Over their last 13 games, the Knicks are now 2-11. 2 and freaking 11. The downfall from their 3-seed-peak has been catastrophic, but in a tight Eastern Conference all hope for a playoff birth is not lost.

But at this point, who the hell actually wants to make the playoffs and earn the right to get swept by Cleveland?

It’s probably best for this franchise if they earn a lottery pick this season, but that doesn’t make these losses feel any better as they happen each night.

Next up for the Knicks are the Boston Celtics on Wednesday night. Boston currently leads the season series 2-0, including the Christmas Day win which has sent the Knicks on this downward spiral.

Hopefully, the Knicks can at least get Kristaps Porzingis back for Wednesday’s game.