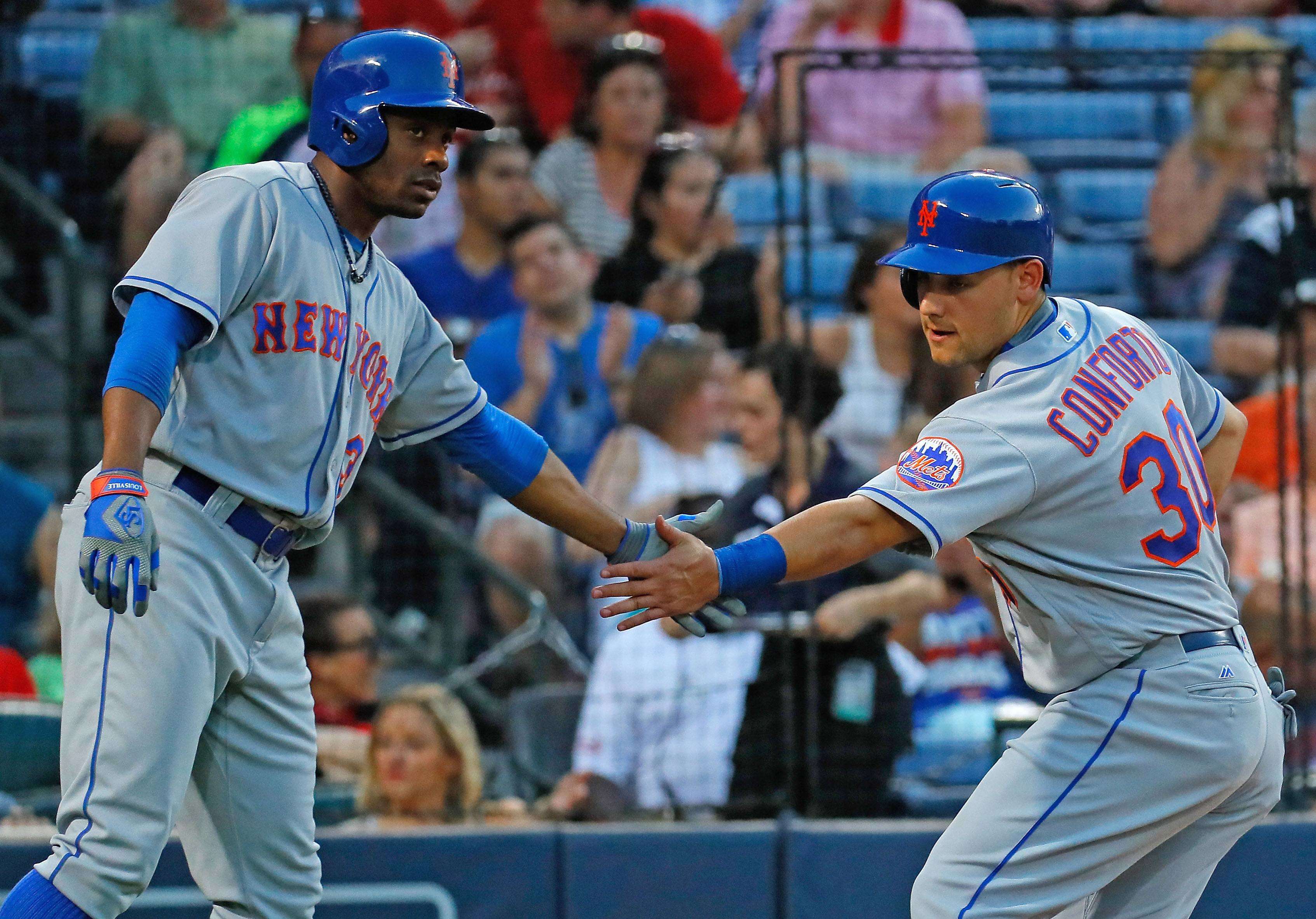 Well, at least the rumors are heating up.

Marc Craig of Newsday is reporting that the Mets have fielded trade offers for Curtis Granderson, Michael Conforto, and Jay Bruce. Knowing that the Mets have such a crowded outfield and such an abundance of lefthanded hitters, potentially moving one of these three might make sense for the team.

Even if the Mets fail to re-sign Yoenis Cespedes, there are still three guys which would be expected to start in a corner outfield position, with Juan Lagares trying to work his way into center field.

Ideally, if the Mets were to move one of these three players, it would not be Conforto. Though he did struggle mightily for much of last season, he is still under contract until 2019, and has much more youth and upside than the other two outfielders.

Jay Bruce and Curtis Granderson are entering the final year of their respective contracts, and while they both hold high reputations around the big leagues, neither one of them had very much success for the Mets in 2016.

Whether the Mets decide to make a deal involving these players or not, they clearly have holes which must be filled if a 2017 World Series is to be possible. As much as they love Grandy as a leader and a person, if a suitable trade offer is proposed, he could potentially be on his way out.