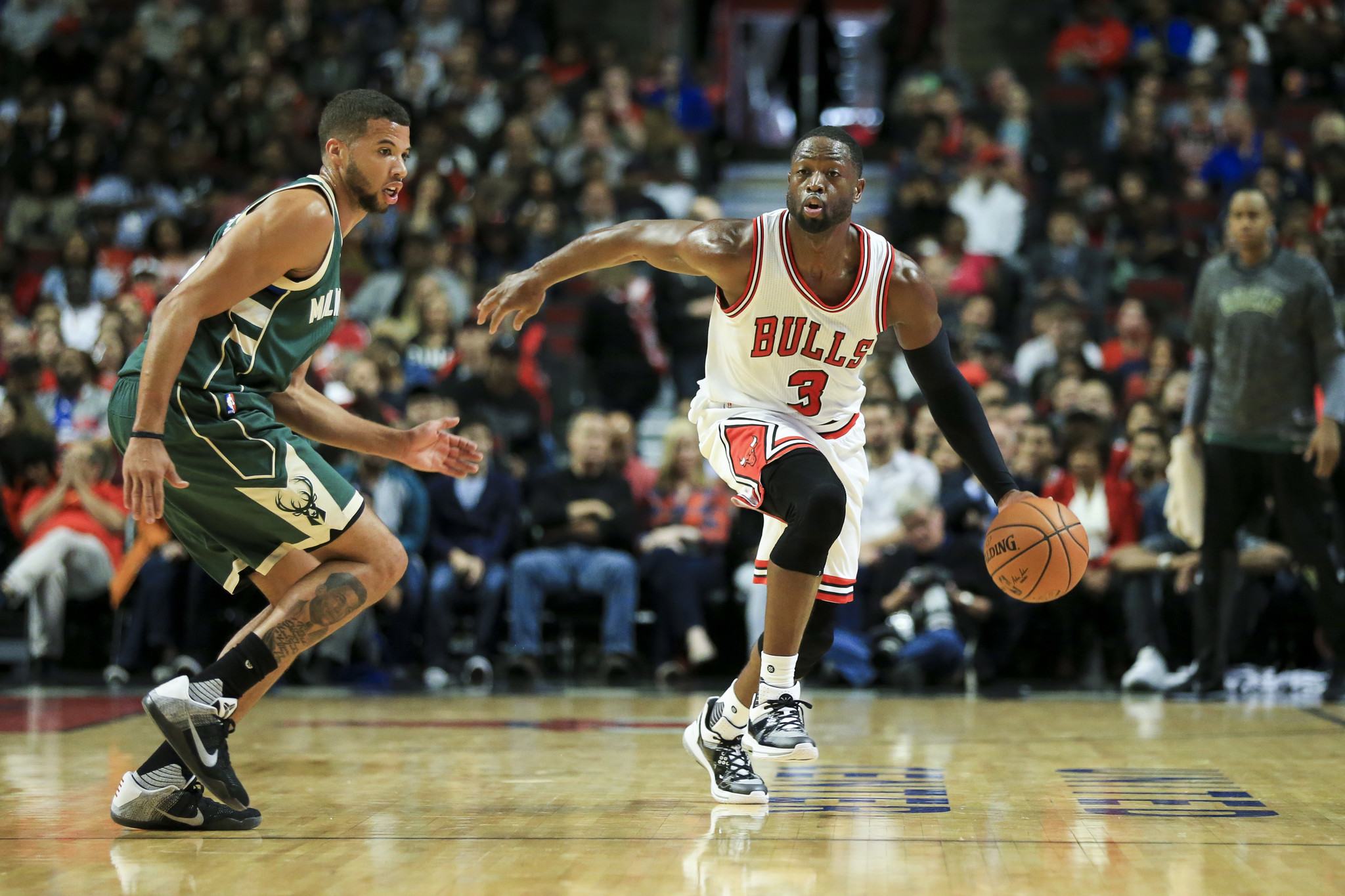 In his return to the city which he spent almost all of his professional career, Dwyane Wade received an unbelievable ovation from the Miami Heat crowd.

Wade is without a doubt the greatest Miami Heat player ever, and will be remembered as such in Miami, no matter how his stint in Chicago ends up. Tonight, the Bulls traveled to Miami to face the Heat in Wade’s first game in the arena as a member of an opposing team.

The Miami Heat put together an awesome video tribute honoring Wade, and then the fans gave him a standing ovation.

Once the game started, Wade was back to business. And tonight, he is in the business of beating the Heat. Watch as he makes the play of the night so far, spinning past Justise Winslow down the baseline and then making an incredible, acrobatic lay-up.

Wade pulling out all the tricks against his former team ? https://t.co/2jvcYI8Y9x

It seems like Pat Riley was wrong, and the 34 year old Wade still has some juice left.