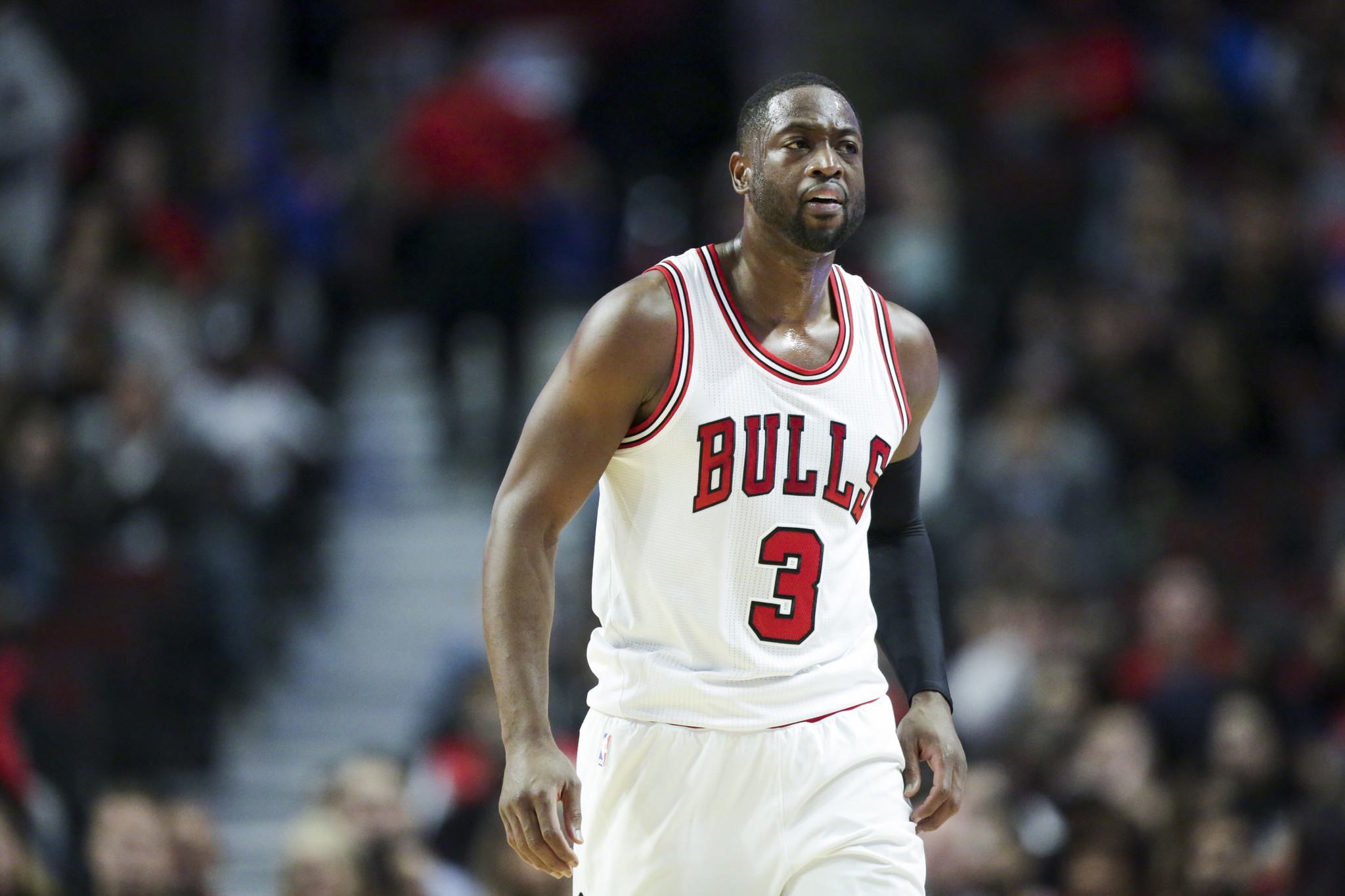 What was even more shocking was seeing how well Wade shot from three, shooting 4-6 from beyond the arc en route to 22 points and 6 boards. Wade’s fantastic night, which came much to the surprise of die-hard Heat fans who had seemingly greatly overestimated his demise, inspired the Bulls to hold off the Boston Celtics late game heroics and beat Boston, 105-99.

In the final minute of the game, Wade put the nail in the Celtics’ coffin, draining a three to put the Bulls up 5 points.

Taj Gibson made his presence felt as well, tallying up 18 points and 10 rebounds on the night.

The new “big three” in Chicago of Wade, Rajon Rondo, and Jimmy Butler was expected to look much better on paper than it would in practice, but if last night’s game is any indication of how this season will go, the Bulls will be a serious contender in the Eastern Conference.

Wade talked at shootaround about how he's shooting more catch-and-shoot 3-pointers as opposed to pull-up 3s like in Miami.

Of course asking Wade, Butler, and Rondo to shoot and combined 9-14 from three consistently is utterly ridiculous, and I am in no way expecting this to be the norm.

But if these Bulls can get themselves a playoff spot, which in the unpredictable East is certainly possible, these three have the potential to get hot at the right time and potentially beat a better team in a 7 game series.

Then again, it was just one game. So maybe I should pump the breaks a bit and wait to see how this looks a few months from now.

On the other side, the Boston Celtics fell to 1-1, and had their second disappointing performance in the same number of games.

Al Horford scoreless for Boston through first 8:35 with Taj Gibson guarding him. He scores 11 seconds after Niko Mirotic subs in for Gibson.

After barely squeaking by a weak Brooklyn Nets team, I expected the Celtics to come out with a little more fire against a formidable conference opponent. Instead, they fell down 10 points at the end of the 1st quarter, and were never able to overcome that deficit.

Next up, the Celtics travel to Charlotte to face the Hornets and the Bulls get ready to host the Indiana Pacers.