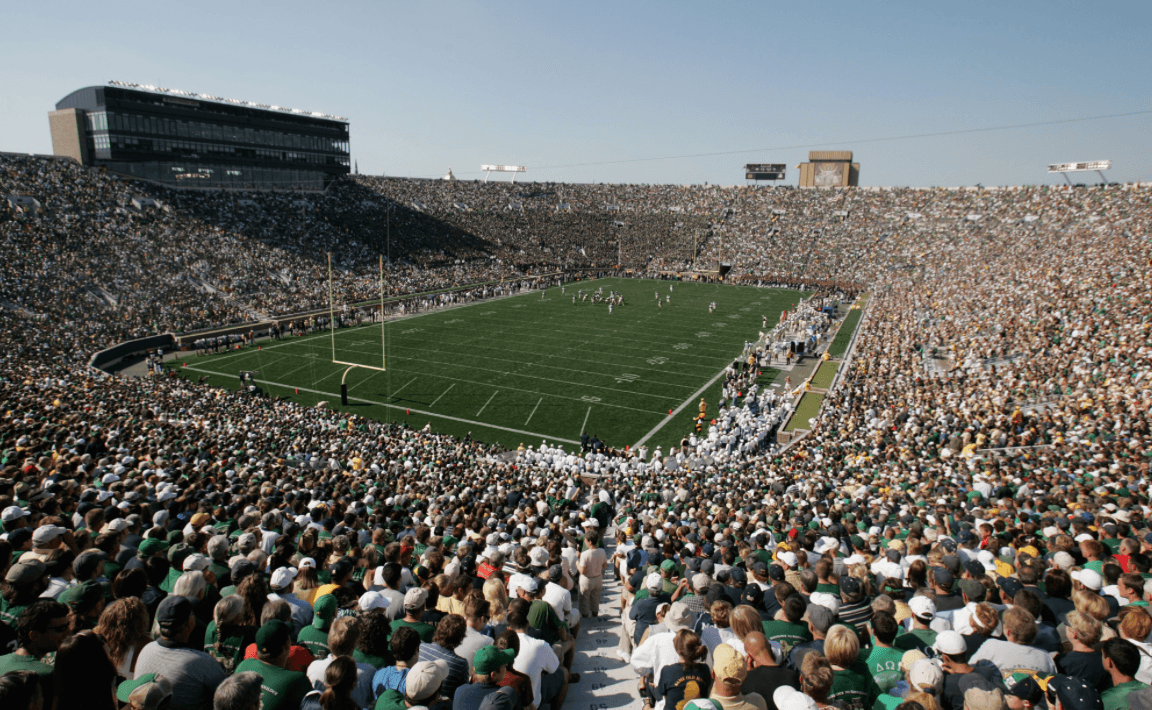 In this early season non-conference opener, both the Rebels and Red Raiders will be looking to set the tone for their season. Played at a “neutral site” in Houston Texas, at NRG Stadium, Texas Tech should have a a lot of fans make the trip from Lubbock. While Cliff Kingsbury has a high flying offense, they’re young and inexperienced. Look for Matt Luke’s land shark defense to make the difference for the Rebs in this one before heading into SEC play.

Our second neutral site game of the weekend will be played at Bank of America Stadium in Charlotte, North Carolina, as the Volunteers of Tennessee battle the Mountaineers of West Virginia. It will be Jeremy Pruitt’s first game in charge at Rocky Top and he draws a tough assignment with a Mountaineer team that is a trendy pick to win the Big 12. The biggest difference in this game is West Virginia gunslinger Will Grier, my pick to win the Heisman. Look for him to start his campaign in a big way.

Our first top 10 matchup of the year pits two national title hopefuls against one another. This is a game that should feature some excellent quarterback play with Auburn starter Jarrett Stidham facing Huskies’ signal caller Jake Browning. I think we’re in for a high scoring game between these two in Atlanta, but I think the Tigers find a way to get it done before heading into SEC play this year.

Perhaps the most anticipated game of opening weekend reignites a classic rivalry as the Michigan Wolverines travel to South Bend to face the Notre Dame Fighting Irish. These are two programs looking to get back to the pinnacle of college football. Transfer QB Shea Patterson starts for Michigan in this one while Brandon Wimbush is expected to take the bulk of the reps for the Irish. The defenses will play a big role in this one, but look for the Irish pass rush led by Jerry Tillery to be the difference Saturday Night.

Another neutral site non-conference opener sees the Louisville Cardinals face the top ranked Alabama Crimson Tide coming off of yet another national championship. The Cardinals come in as heavy under dogs for this game at the Camping World Stadium in Orlando and I don’t expect it to be pretty. If there is hope for an upset they’ll have to start fast. Otherwise, expect the Tide to cruise to an opening season win behind last year’s title game hero, Tua Tagovailoa, who is expected to start at quarterback for the Tide.

This Sunday night neutral site game sees LSU and Miami matchup at AT&T Stadium in Dallas. This should be a physical game with big time athletes on both sides. With both defenses looking like strong units all eyes will be on the quarterback play. The Tigers are going with transfer Joe Burrow to lead the offense while Miami has returning starter Malik Rosier running the show. Rosier was erratic down the stretch last year as the Canes missed the playoffs. If Rosier improves Miami can win it all this year, I like them to win a close one in Jerry World this weekend.

This ranked matchup features two teams hoping to set the tone for the season ahead. Virginia Tech has made some good strides under coach Justin Fuente but this has the makings of a rebuilding year after losing top talent to the draft and a rough offseason. Meanwhile new head coach Willie Taggart will be looking to kick off his time in Tallahassee with a big win. The difference in this game will be Noles’ quarterback Deondre Francois who returns after missing all of last season. Florida State will win a close one Monday night at Doak Campbell to go to 1-0 under Taggart.