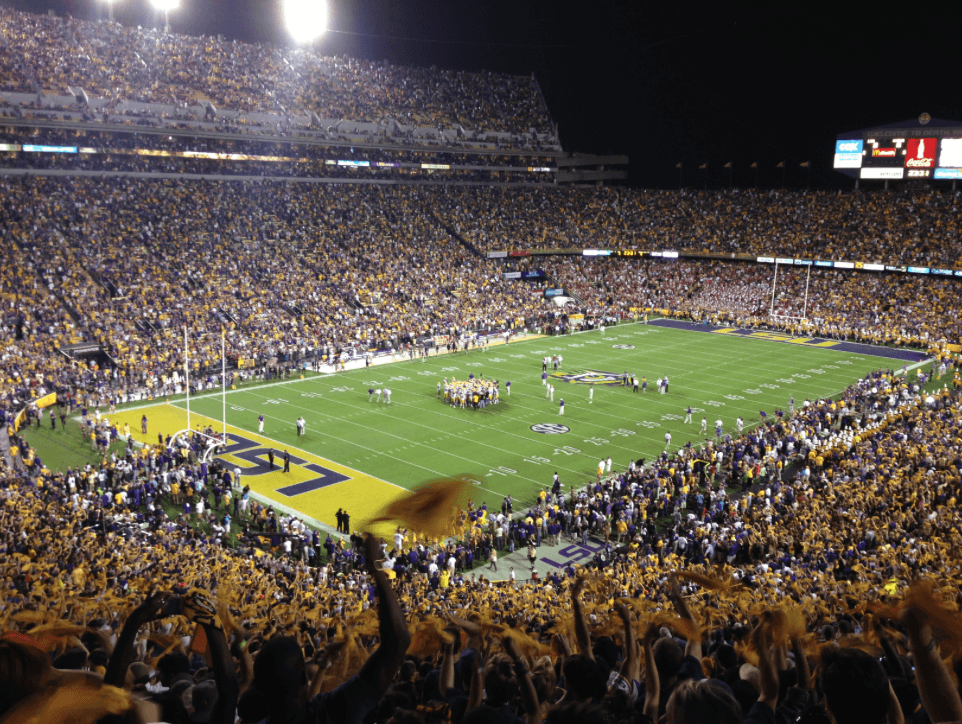 It’s  pick’s time again as Mauricio and I will go head to head yet again. We have some big games to pick this week and the match ups should make for compelling viewing on Saturday. Mauricio and I have just one game between us so let’s get to the picks.

Our first game brings us to Death Valley and the site of this week’s College Gameday as the LSU Tigers play host to another “Game of the Century” against the Alabama Crimson Tide. Going into this game, the prevailing question amongst college football fans everywhere is, can LSU give the Tide a game?

For me the answer is a resounding yes. With Joe Burrow and Nick Brosset are a solid tandem on offense and their defense is elite. The Tigers will be without Devin White for the first half after his targeting penalty against Mississippi State. The Tigers need to keep the game close for that half and then turn White loose on Tua and the Tide offense to have a shot.

I think it’s very close, but I’ll take the Tide, because I just think they are a bit too much for the Tigers.

Our second game takes us to Austin and Daryl K. Royal Stadium as the West Virginia Mountaineers take on the Texas Longhorns. Texas comes off a tough loss to Oklahoma State last week but they now have the chance to get right back on track against Will Grier and company.

West Virginia lost earlier this year in Aimes to Iowa State, but they much like the Horns can rescue their Big 12 title hopes in this game. This one admittedly is a tough game for me to pick as it involves the two things I have picked the most this year, that being Will Grier and the Longhorns.

As much as I love Grier I have to stick with the Horns, as I’ll take Texas to get it done at home behind a bounce back game from their defense and a physical running attack.

The third game on our schedule brings us back to SEC country as this game will effectively decide who wins the SEC East and books a trip to Atlanta. The Georgia Bulldogs will go to Lexington to face perhaps the best story in all the land, the Kentucky Wildcats.

This Georgia team dropped a game to LSU three weeks ago but answered that with a dominant win over the Florida Gators in Jacksonville. The Cats feature star running back Benny Snell who has had a brilliant year and this team is on a mission. Behind their wild home crowd in what is perhaps Kentucky’s biggest home football game ever, I think they find a way to topple Jake Fromm and the Dogs and take another step towards Atlanta.

The final game of our picks brings us to the Big House in Ann Arbor as the Penn State Nittany Lions take on the 5th ranked Michigan Wolverines. The Wolverines are on a roll as Jim Harbaugh is seemingly conquering his rivalry demons, and as the first team out of the playoff, this week is chance to move up.

On the other side is Penn State who has had a tough year, in a season where they had huge expectations. This Penn State simply isn’t well rounded enough to compete with the big boys as it’s often “Trace McSorely or nothing.” As good as McSorely is, I think the Wolverine defense is too much as Michigan rolls in this one, sending Michigan into the top 4 on Monday night after the loser of Alabama vs LSU drops out.