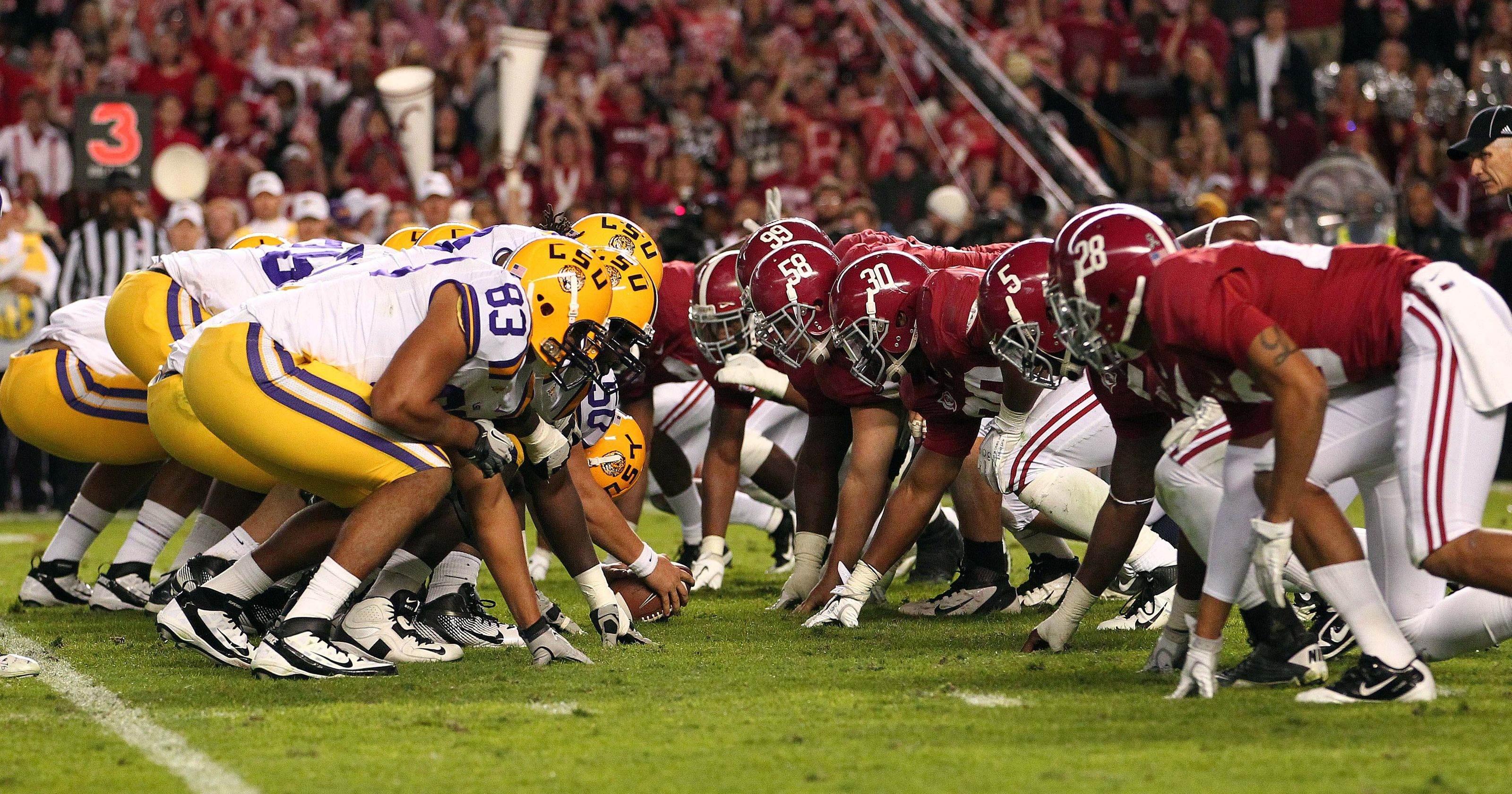 Ladies and gentlemen, November college football has arrived. The official College Football Playoff Committee rankings are finally out and games matter more now than ever. This weekend we’ll witness four ranked versus ranked games with huge implications for the teams involved.

Last week did not go well at all for my picks, but I’m aiming to change that right here and now. I hope you enjoy our NCAAF picks at Slant Sports as every week with Nick Flaherty and I!

Personally, Alabama playing LSU is the game I always wait for the most in college football. Although Nick Saban has dominated the series for years, there’s something about LSU playing in Death Valley facing the Crimson Tide that I sincerely love.

This isn’t any Tigers team, by the way. They’re ranked as the third best team in the nation under Coach O and Joe Burrow, who’s been a decent game manager for LSU so far.

Alabama’s defense isn’t as dominant as it has been in previous years, to be honest. Lucky for them, they have Tua Tagovailoa taking snaps at QB (at least for the first half). As much as Burrow has been decent and LSU’s offense as a whole has taken a step in the right direction, the Crimson Tide’s firepower will prove impossible to match… even in Death Valley.

Alabama wins big on the road in one of the toughest crowds in football. Death Valley at night.

After Texas disappointing loss in Oklahoma State last weekend, this game is huge. Oklahoma, West Virginia and Texas are fighting for the Big 12 championship and this game will mean a lot as we get closer and closer to the end of the college football season.

I’m riding with the team that’s coming off a long week (they played last Thursday versus Baylor) and that’s in an easier situation from an emotional perspective. That loss versus the Cowboys should really impact this Longhorns team that was supposed to be “back.”

I just hope Tom Herman doesn’t run into the field if he’s upset… All kidding aside, I like Herman as a coach. But I’m taking the Mountaineers high-powered offense led by QB Will Grier and WR David Sills.

What a game this will be. Georgia is coming off from an impressive performance versus a very tough Gators defense and Kentucky from what was the most memorable victory in school history in a while. The Wildcats continue to ride on as the underdogs in College Football.

This time they’re playing at home, which should be a huge advantage for them as they face a Bulldogs squad that seems to be getting back on track.

Against Florida, we probably saw the best Jake Fromm of the season. Their run defense is also working, which should put Wildcat’s RB Snell under pressure. They dominated on offense and defense and I expect them to hand Kentucky their second loss of the season.

Despite an early loss, Michigan really is looking like one of the most dominant teams in the country. Maybe, just maybe, this is the year that Head Coach Jim Harbaugh turns thing around. The defense has been as impressive as any other in football right now and they’ve faced tough opponents.

As for Penn State, Trace McSorley has been impressive but lacks weapons around him. Despite beating Iowa last week, the truth is the Hawkeyes made tons of mistakes they shouldn’t have.

I’m taking Michigan to win this football game comfortably, and with LSU probably losing against Alabama, I see them jumping into the top four.