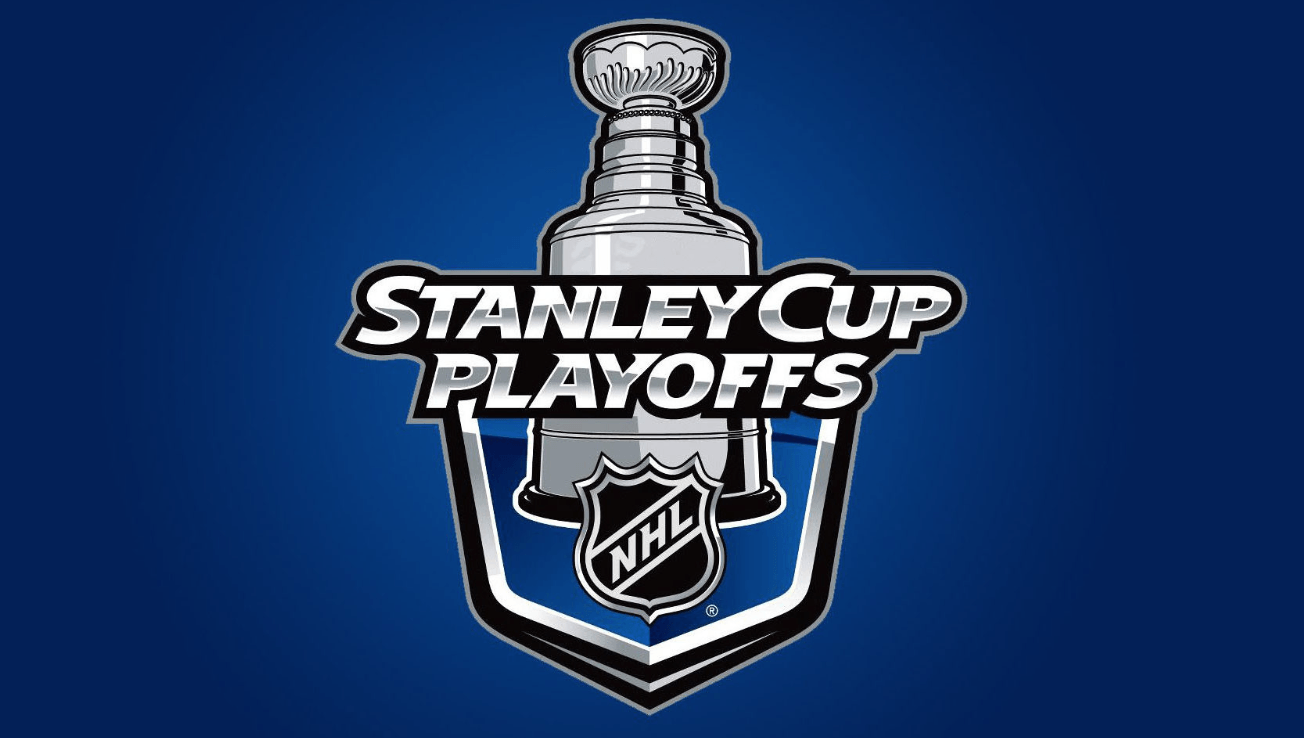 We pick up with the second part of my playoff preview looking at the Western Conference matchups in round one. The West is once again the class of the league with six 100-point teams, a few of which showed real dominance from start to finish this year. We’ll start with the Central division matchups, which feature what I think are the league’s two best teams.

Pekka Rinne holds the key to the Preds winning him his first career Stanley cup.

We kick things off with the President’s trophy-winning Nashville Predators, who will face-off with the surprising Colorado Avalanche. The Preds have been on the war path since opening night as they finished the regular season with 117 points, the most in the league. Colorado, meanwhile, is a great story this year as they have gone from the basement of the league to the postseason.

The Avalanche are keyed by MVP candidate, Nathan MacKinnon, who is coming off his best professional season with 97 points in 74 games.

The Av’s full-scale rebuild was expected to begin following the trade of Matt Duchene to Ottawa. But instead, they’ve played brilliantly in the second half and battled their way past St. Louis to clinch the 8th spot on the second to last day of the season. MacKinnon’s supporting cast is critical to Colorado having a chance in this series.

Look for Mikko Rantanen to have a strong series following an 84-point season on MacKinnon’s line.

On the flip side, the Predators are just loaded. Their depth down the middle with Ryan Johansen, Kyle Turris, and Nick Bonino centering their first three lines gives them the ability to control a game. With players like Viktor Arvidsson and Filip Forsberg on the wings, “Smashville” has plenty of fire power in attack.

Their biggest advantage over the Av’s is their dominant defense core and goal tender, Pekka Rinne. No disrespect to Sam Girard and his fellow blue liners from the Mile High city, but they just don’t compare with P.K. Subban, Roman Josi & Co. The Preds’ home cooking should do them good as well, with the music city faithful roaring. Just like last year during game 6 of the West Final.

In arguably the greatest game in Nashville Predators history, Colton Sissons records a hat trick, including the series-clincher, to send his team to the Stanley Cup Final. [5/22/2017] Kenny Albert with the call for NBC Sports Network. Preds have an amazing goal horn! Goals: 1.

This matchup is a lot like the eastern series between Tampa Bay and New Jersey. The Avalanche are a tremendous story, but I don’t think they have it in them to beat the Preds. Look for Colorado to keep these games close, but Nashville should finish them off in short order.

Connor Hellebuyck making a save against Minnesota earlier in the season. He’ll see his first career playoff action this year between the pipes at MTS Centre.

The Winnipeg Jets have one of the best rosters in the entire league as they roll four highly skilled lines. Blake Wheeler, Mark Scheifele, and Patrik Laine are their big-guns up front. Their supporting cast is strong with names like Brian Little, Nikolaj Ehlers, and rookie Kyle Connor taking on big roles this year.

GM Kevin Cheveldayoff continued his brilliant work with the deadline-day acquisition of center man, Paul Stastny, from the Blues to add depth and experience. The Jets’ defense core rivals that of the Predators as they have grown to become a strong unit. For the Jets to go far, Connor Hellebuyck will need to continue his strong year in net, despite his playoff inexperience.

Minnesota, meanwhile, is a team that has been hindered by injuries all year long. With net minder Devan Dubnyk missing time — and now Ryan Suter being out for the year — the Wild have had to overcome a lot.

Eric Staal continues to turn back the clock with 42 goals and Jason Zucker had a coming out party this year with 33 goals of his own. The aforementioned injury to Ryan Suter really is a killer for Minnesota in this series, though. Despite featuring other strong blue liners like Matt Dumba and Jared Spurgeon, losing Suter and his routine 30-minute nights feels like a back breaker.

The Winnipegs’ depth and skill is too much for the Wild. In the battle of epic playoff atmospheres the Jets and the Bell MTS Place will live to fight another day in round two. By the way, enjoy the white out in the “Peg,” it should be a spectacle.

The Kings and Golden Knights in action during one of their intense divisional matchups this past year.

This is one of the most intriguing matchups this spring. Two teams right out of a fairy tale come together in the first round of the playoffs as the Las Vegas Golden Knights will face the Los Angeles Kings. The Kings, of course, have won a pair of Stanley Cups in the last decade, beating the Devils and Rangers to do so.

Meanwhile, the Golden Knights are one of the best stories the sports world has seen in years now, as in their first season of expansion they won the Pacific division and captured the hearts and minds of fans everywhere.

The Knights’ roster features a lot of familiar names that have improbably gelled together in year one. Veterans like James Neal and Marc Andre Fleury are this group’s go-to players, particularly in the leadership department. However, more impressive for this group has been the incredible play of unknowns that no “expert” picked to do anything. Take Columbus. Throw in William Karlsson, who scored 43 goals in the regular season, for perspective his previous career high was nine goals. What about Jonathan Marchessault, who the Panthers seemingly had no interest in keeping, despite scoring 30 goals last year. His 27 goals on the strip would have been enough to get his former squad in the playoffs back east.

In contrast the Kings are led by battle tested vets like dark-horse MVP-candidate, Anže Kopitar, and one of this recent generation’s best big-game players, Jeff Carter. Carter will be looked upon in a big way this postseason, especially since he only played 27 games this year due to injury. All of the health issues could be a blessing in disguise, leaving Carter fresh for the playoffs.

The key to the Kings’ return to the playoffs this year was their change in philosophy. No disrespect to Darryl Sutter, he is an all-time legend, but his brand of hockey has become obsolete.

New bench boss, John Stevens, has preached speed and aggressiveness. New personnel like Alex Iafallo and Adrian Kempe have brought the best out of aging vets like Dustin Brown, who many “left for dead.” Of course, there is Jonathan Quick between the pipes in tinsel town. Quick has a history of taking over series; be on the lookout for saves like these.

In summation, the Kings look dangerous heading into this postseason, and primed for another Cup run.

The Golden Knights are an incredible story and one that I think many around the hockey world will be rooting for. But I just don’t think the magic can last through the playoffs as the Kings advance. There is good news, though, Knights fans: you can have plenty of offseason fun on the strip.

Ryan Kesler and Martin Jones, two of these series most important figures, going head to head this year.

The Pacific division playoffs are here and surprise, surprise; there’s another battle for the state of California.

The Sharks and Ducks meet up in the playoffs for the first time since 2009, a time that saw two completely different teams battle it out, and the Ducks advance. However, the most intriguing thing about this series is its potential long-term repercussions on both franchises. These are two teams that have been trying to win a Stanley Cup for many, many years now. So, this may be the last hurrah for one of them, as the other will live to fight another round.

We begin with the Sharks, who are as hot as anyone coming into the playoffs. They made one of the best acquisitions of the deadline by adding goal-scoring winger, Evander Kane, from the Sabres. He’s fit in well with this veteran group, scoring nine goals in 17 games wearing black and teal. Of course, the regular stalwarts like Joe Thornton, Joe Pavelski, and Logan Couture will be looked upon to lead the way in this playoff.

The “wolf man” Brent Burns will run the show on the blue line, and Martin Jones still patrols the crease. Jones had a bit of an up and down year, but for the Sharks’ sake, he might have saved his best for a cup run.

Opposing them is the Ducks, a team that has just barely fallen short in recent years.

They are still led by Ryan Getzlaf and Corey Perry, but neither put together their usual campaigns. Center Rickard Rakell has grown into a leading role with 34 goals this year to lead the team by a wide margin. The Ducks’ true strength is their defense core with Josh Manson, Hampus Lindholm, and Cam Fowler leading an excellent back line. They’ll need to play well in front of starter John Gibson, who didn’t have the year he was expected to have in the regular season.

With some pedestrian play, USA hockey hero Ryan Miller might find his way into this series and conjure up a moment like this.

This series will come down to goaltending, which I think the Sharks will get the better of. The Ducks will be left with a lot of questions heading into the offseason as the Sharks will push on to face their arch nemesis, the LA Kings in round two.

A look at my overall bracket, featuring the Predators getting redemption and hoisting Lord Stanley.

So, as you can tell from my complete bracket, I’m going with the Nashville Predators to redeem themselves and win their first Stanley Cup in franchise history.

I think this is one of the most intriguing playoff fields in a while. It’s a bracket loaded with strong teams hungry to go win it all, so sit back and enjoy it, everyone. This is the best time of year if you love this sport, and if your team is in, try not to have a heart attack. If they didn’t qualify this year, sit back and enjoy the games.