NY Mets Gear Up for Make or Break Series This Weekend 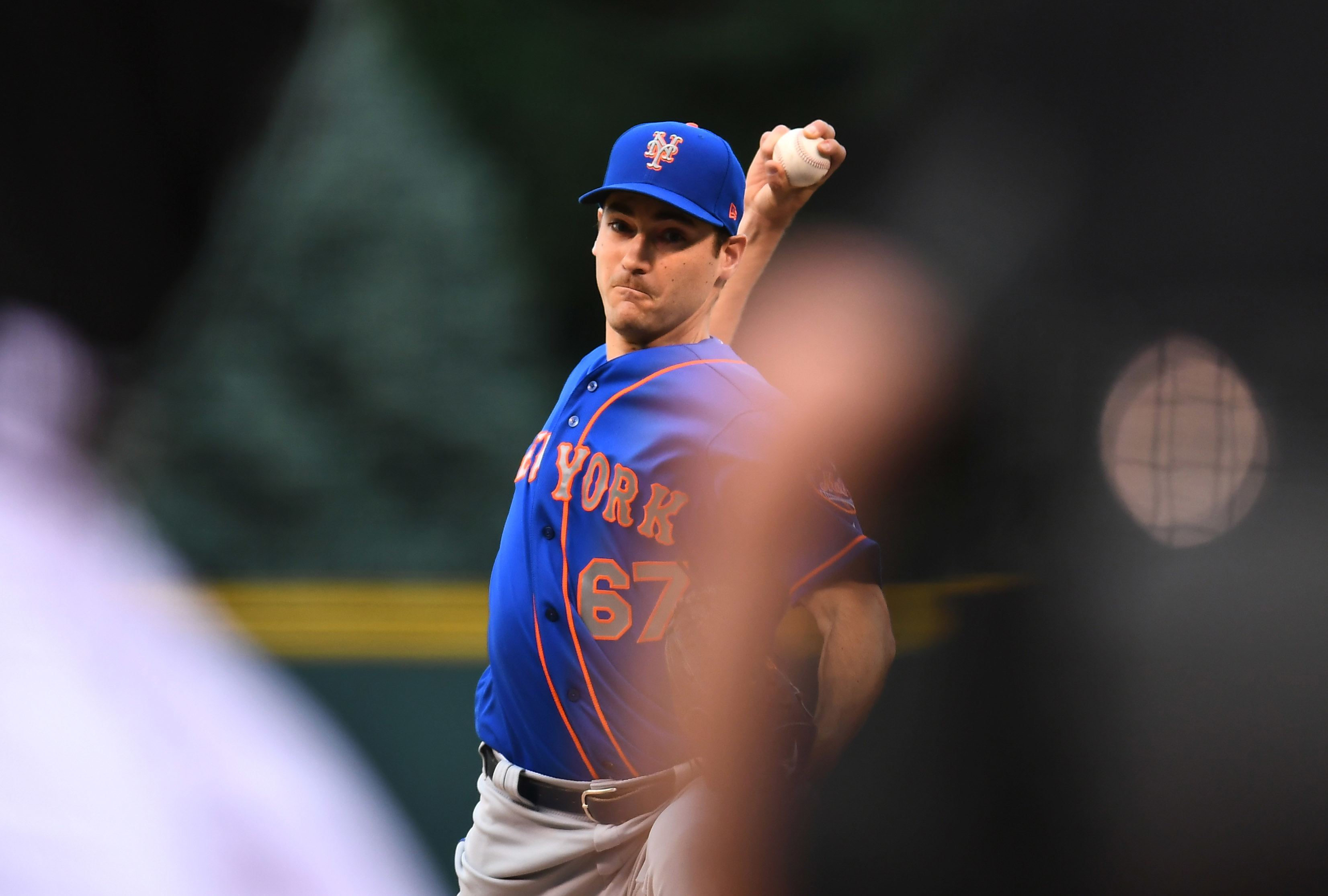 The New York Mets took to the West Coast this past week splitting a four-game series with the Arizona Diamondbacks and loosing three out of four to the Colorado Rockies.

While the Mets only went 3-5 on their west coast trip, there were some positives in both series that the team hasn’t shown their fan base in weeks. Enough positives (and Mets’ fans probably won’t want to hear this) that it could once again make General Manager Sandy Alderson’s job a whole lot more stressful come July in regard to keeping the current product or finally starting the proper rebuild.

The Mets got started with Steven Matz’s impressive outing from Saturday night in the desert going six and two-thirds innings and only giving up a run.

On top of that, Michael Conforto had a day going 2-4 at the plate with four RBI’s, which included a three-run homer in the second inning.

The following day, down 3-1 in the top of the ninth, the Mets sparked a four run rally to go past Arizona 5-3 and split the series with the first place D-Backs.

The Mets’ luck did not continue in Colorado as they lost three out of four to a struggling Rockies team who, going into the series, had lost 13 of their previous 21 games.

The pitching didn’t have their best stuff, but the offense showed some life for the first time in a long time scoring 24 runs in the four-game series.

With that being said, the Mets are now faced with a big challenge at Citi Field tonight when they meet up with the defending National League Champion Los Angeles Dodgers for the first time all season.

Zack Wheeler will get the ball for the Mets tonight and he will be opposed by Alex Wood, both have struggled this year as they both post a 2-5 record with similar ERA’s which are above 4.20.

The Dodgers had a horrific start to their season, but have bounced back climbing all the way back in the NL West as they sit 2.5 games behind Arizona and are winners of 12 of their last 15.

This is a big series for the Mets for one very important reason. With the trade deadline just about a month away, this series with the red hot Dodgers is going to prove if the Mets’ previous road trip meant something, or if the thin air in Denver helped the Mets put the ball in play.

While these two teams shouldn’t be compared in the slightest, the 2016 New York Yankees were faced with a similar situation. Obviously the Yankees weren’t as horrendous as the Mets are today, but the Yankees were struggling and then they picked up steam towards the deadline. General Manager Brian Cashman decided to rebuild anyway and trade key players such as Carlos Beltran, Andrew Miller, Ivan Nova, and Aroldis Chapman, just to name a few.

The ending result was the fact that they only missed the AL Wild Card game by five games in 2016, they had a Cinderella season last year, and they are on track to win the World Series this year.

Also, let’s not forget they acquired players such as Gleyber Torres and Clint Frazier at the deadline in 2016.

The point and the way I see it is, the Mets should continue on the road to trading and selling, they have been in need for a proper rebuild since last season.

However, if the Mets have a competitive series against the Dodgers this weekend and they follow up with a successful few weeks before the deadline, don’t be surprised to see Alderson and Special Assistant Omar Minaya go back and forth on the question, “To trade or not to trade?”

Ownership and management are going to be watching this series with the Dodgers very closely, because this will be the series that determines what direction the team is going to go in come July.

If the Mets get blown out in this series, they shouldn’t wait another second to start trading their key players, as they should be the ones to set the tone of this year’s trade deadline across the league. Even if that means Jacob deGrom and/or Noah Syndergaard are one of the first couple of trades.

One way or another, whether any Mets fan likes it or not and wants to hear it or not, this series with the Dodgers is the ‘Make or Break’ series of the season.