NY Mets Get Much Needed Sweep Over Arizona 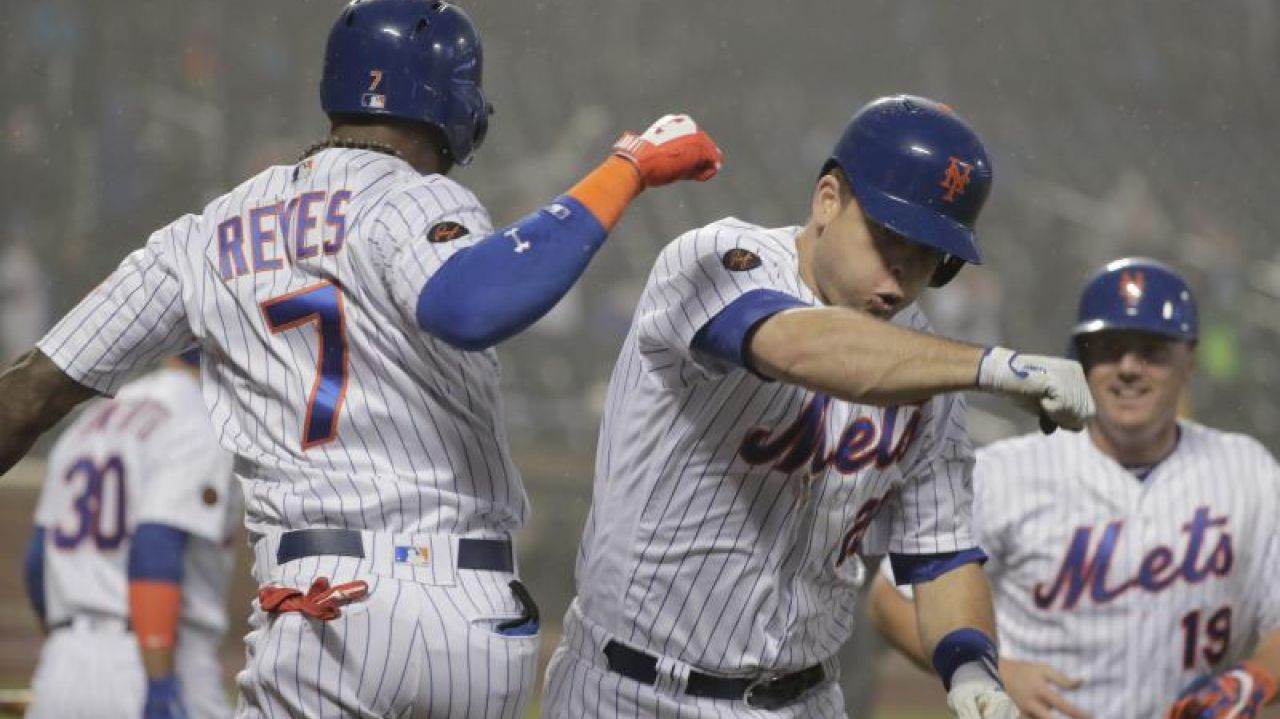 While it was not pretty at times, the New York Mets picked up some well needed momentum over the weekend as they swept the Arizona Diamondbacks at Citi Field.

The Mets gained ground in the National League East as they have taken over third place in the division and sit 3.5 games behind the Atlanta Braves (who the Mets will face next week) for first place.

On top of gaining ground in the division the Mets have gained a confidence booster as well knowing that they swept the first place representatives of the NL West.

This series featured many positives from the Mets. They got productive starts from Jacob deGrom and Noah Syndergaard, a dominating bullpen which didn’t give up a run in the series, and clutch hitting that kept the Mets alive.

Let’s start with the series opener from Friday night, which showed deGrom dominate the D-Backs and improve to 4-0 on the season. deGrom also matched a career high sticking out 13 Diamondbacks in the win.

On top of deGrom’s performance, Michael Conforto had a productive day at the plate going 4-4 driving in 2 of the 3 RBI’s as the Mets took game one of the series 3-1.

With the 3-1 win on Friday, the Mets now had an opportunity to win back-to-back games for the first time since they swept the Miami Marlins five weeks ago.

That goal for the Mets got off to a rocky start last night when Steven Matz was knocked out of the game after four innings giving up four runs off six hits which included two home runs from Arizona’s Paul Goldschmidt and John Ryan Murphy.

With the game slowly getting out of hand, the Mets bullpen stepped up to stop the bleeding as Seth Lugo, Paul Sewald and AJ Ramos kept the Diamondbacks off the board.

In the bottom of the eighth inning with the D-Backs leading 4-2, Catcher Devin Mesoraco stepped up once again crushing a two-run homer into the foggy night at Citi Field, tying the game at four.  This was Mesoraco’s third home run in seven games since joining the Mets.

Jeurys Familia pitched a scoreless ninth inning which set up Wilmer Flores in the bottom of the ninth who would walk it off for the Mets to take the win 5-4. This was the Mets first pair of back-to-back wins in five weeks.

With this walk off sacrifice fly, Flores has tied David Wright for the Mets record for walk off RBI’s with eight in his career.

Finally, the Mets took care of business earlier this afternoon completing the sweep defeating the D-Backs 4-1.

Noah Syndergaard picked up his fourth win of the season pitching seven innings giving up one run, striking out seven, and dominating the Arizona lineup.

Much like yesterday, the bullpen held it together as Jerry Blevins and Robert Gsellman provided two scoreless innings to take care of the D-Backs. Gsellman also earned his first save of his career as well.

The afternoon was also highlighted by Amed Rosario who went 2-3 with his first two home runs of the 2018 season and Asdrúbal Cabrera who hit a pinch-hit home run in the seventh inning to secure the win and the sweep for the orange and blue.

If there was a weekend and a team that the Mets needed to do this to, it was this weekend against the Diamondbacks.

With this, the Mets are carrying momentum into a point in the season where they will need all the momentum they can get. There were negatives in the series of course, one of the bigger ones was the concerning performance of Steven Matz Saturday night. However, for the first time in many weeks, the Mets looked like they showed some life.

The pitching was overall very decent, the clutch hitting came in at the right time in all three games, and the Mets are finally beginning to play as a team again.

Here is Manager Mickey Callaway’s reaction to the win as well as the sweep against the Diamondbacks:

While the Mets got three big wins this weekend, the last thing they can afford to do is to take their foot off the gas. They need to stay on their opponents and carry this momentum into June.

The Mets are in for an interesting couple of weeks and they can’t afford to take their competition lightly. The Mets need to realize that this was a series that proved they can hang around and compete against the toughest competition in the league.

If they continue to play down to teams like Miami and Milwaukee (who they will face for the second time this season), then this weekend will have been meaningless.

Overall, it is make or break time for the Mets moving forward.

They took down one of the better teams in the National League this weekend, how do they respond moving forward? Well, that’s up to them to decide.