“Panic City” Is Justified This Time 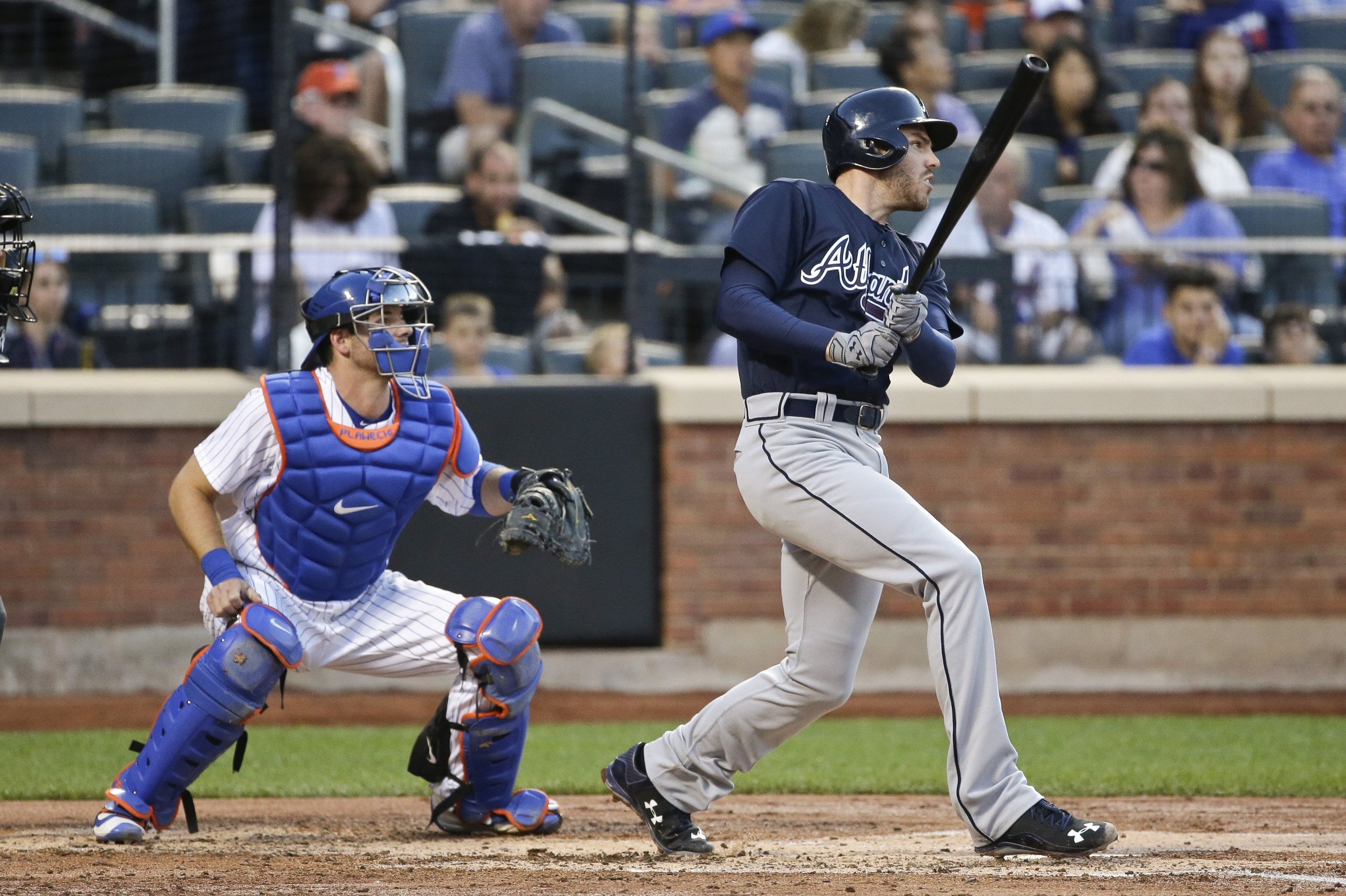 Well, Mets fans, it doesn’t get much worse than that.

The New York Mets entered this weekend series with the Atlanta Braves riding a two game winning streak in which they scored 11 and 6 runs against a legitimate wildcard contender.

I, as well as all Mets faithful, thought having 7 of the next 9 games against lowly Atlanta would lead to a nice run for the Mets before they duel with the first place Washington Nationals once again.

Instead, this team looked the worst they have since pre-Yoenis Cespedes en route to being swept by the Braves, who improved to just 23-46.

Normally, we are able to point the finger at the offense whenever the Mets struggle, considering the elite pitchers they are able to put on the mound almost every night.

Matt Harvey, Steven Matz, and Jacob DeGrom started three straight games against the Atlanta Braves and the Mets lost all three of them. And none of the three starters were especially great in their starts.

As bad as the offense was, this was a complete and total team debacle.

Everybody is to blame. Everybody had a hand in this.

I usually try to be an optimist during these times, however, so I will ask, what is the upside here? Where is the silver lining?

Well, for starters, the Mets are still four games over .500 at 36-32, and if the season ended today, they would have a chance to play the Miami Marlins in a wildcard situation.

Noah Syndergaard would go for the Mets, which makes me feel confident in our chances.

But Jose Fernandez would go for the Marlins, and the way it looks like right now, the Mets are losing that game 2-0 and getting only 2 hits and we are all going home frustrated about what could have been.

So, what do the Mets have to do to get back on track?

First of all, they have to get healthy.

This will happen with time, we hope, but it is too simplistic of a response. Getting someone like Lucas Duda back is not going to solve the Mets’ woes one bit, and David Wright is not going to return any time soon.

Michael Conforto looks lost at the plate. I love the guy, I am rooting for him like crazy because I know just how great he can be. But it just isn’t there right now. ESPN is reporting that Conforto may be sent to Vegas, and I have to say at this point, it would be the right move.

Conforto is going to be a consistent beast one day, but he needs to go get his confidence back and get things figured out. The minors would be the perfect place for him to do so.

A move has to be made.

Whether that move is signing Cuban defector Yuleski Gourriel or spending big to trade for a guy like Danny Valencia, something has to be done.

I like Wilmer Flores. I like James Loney. But these are not guys who will be starters and consistent contributors to a World Series contender during their careers.

Something is going to have to be done, and the sooner the better.

Yes, I understand it is only June, but I am not simply panicking here.

This isn’t “panic city,” this is a realistic realization of where this team currently is, and where they are headed.

The Mets are currently 6.5 games back of the Nationals with 7 of their remaining 13 matchups occurring before the All Star Break.

What does this mean?

If the Mets don’t figure this out quickly, as in as quickly as Tuesday night, the Nationals very well may bury the Mets in the division race before we even get to the trade deadline.

And then you are fighting for a chance at a one game playoff style wildcard where anything can happen.

That’s not where you want to be if you are any major league team.

The Mets take an off day Monday before hosting the defending champion Kansas City Royals Tuesday night. Syndergaard (7-2) will be on the mound for the Mets, which should give the team a boost. The Royals will put Ian Kennedy on the mound, who has a 5-5 record on the year.

Wednesday night the Mets will wrap up the two game set with Bartolo Colon (6-3) going against Danny Duffy (2-1).

I know I was just very pessimistic, but I think the Mets split these two games with Kansas City. I’ll say the Mets win Tuesday, and then lose Wednesday.

This is a big week for our New York Mets no matter how you slice it.

Mets Bats Awaken At Home, What’s Next?
The 2016 New York Mets Are Different