Sean’s MLB 2nd Half Predictions for the American League 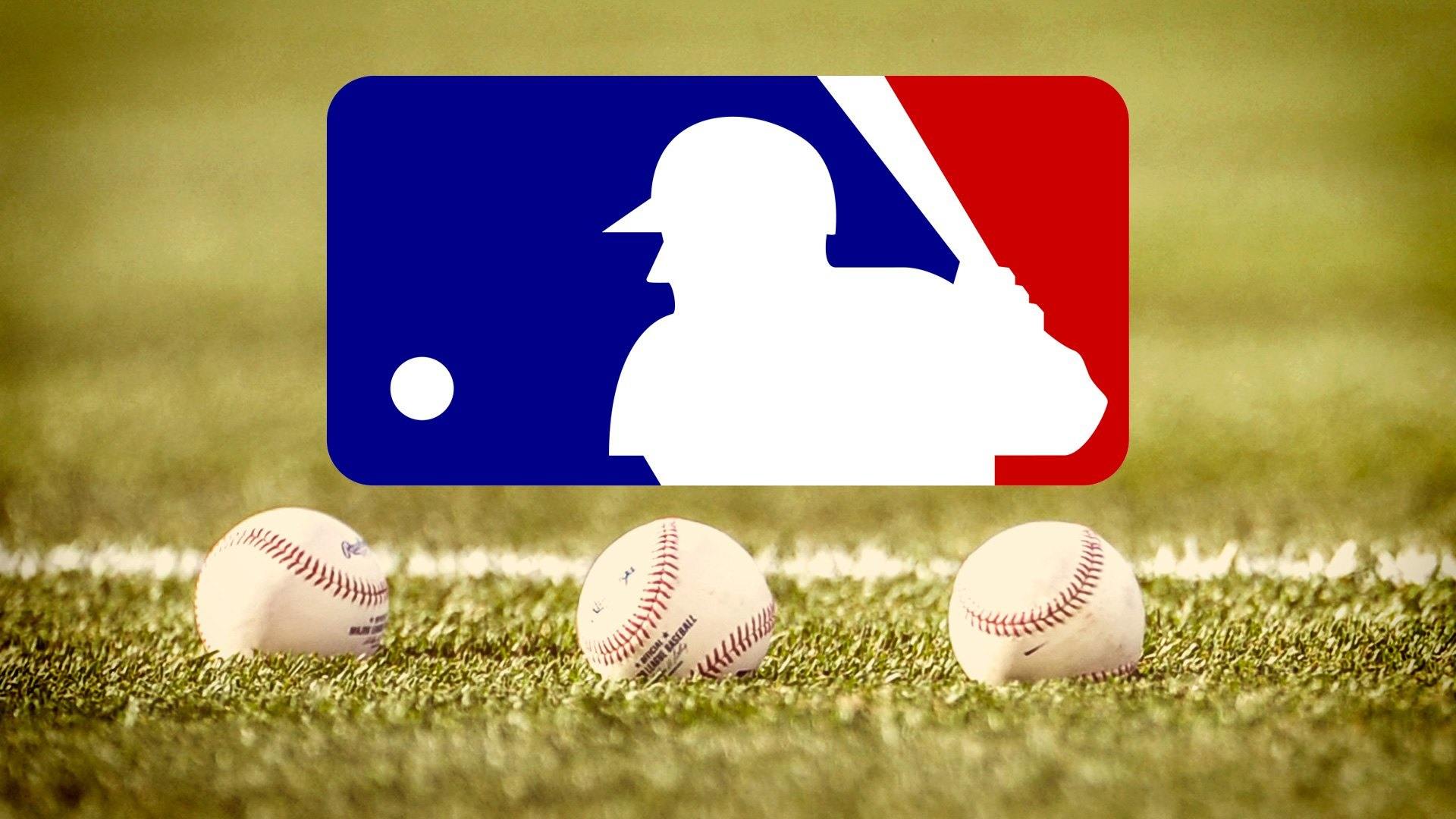 With the second half of the MLB season about to begin, the pennant races are about to heat up. Some teams will need more help than others, which can be relied on at the trade deadline in a few weeks.

While the National League playoff picture is still very uncertain with all three divisions and the wild card race being as close as they are, the American League picture we see now could very well be the same picture we see come October. But, there is still time, especially for teams that are beginning to creep up.

With that being said, here are my predictions for the second half of the season in the American League and what the playoff picture will look like.

When it comes to the AL Wild Card game, there are two questions that need to be answered.

The way I see it, as good as the Boston Red Sox are, I believe the New York Yankees are the better team. They have the better roster and they will make the necessary moves come the deadline to win the AL East and push the Red Sox into the play-in game.

The Red Sox could very well go into this play-in game at Fenway Park after winning 100 games, and how could they not?

With players like Chris Sale living up to a Cy Young award season once again, Mookie Betts who is making a case for MVP, and J.D. Martinez leading the team in RBIs, the Red Sox are stacked in every way and there is no question they will at least play in the Wild Card Game.

Now, hear me out here with who I believe their opponent will be.

The Oakland Athletics, whether you know this or not, was one of the hottest teams in baseball going into the break.

Posting a 25-13 record in the months of June and July, they are winners of seven of their last 10, and they own series victories against the Houston Astros, Cleveland Indians, and Boston Red Sox this season. They showed they can play and win against the toughest competition in the league.

I believe with their current play and some help at the deadline, it could be enough to take out the struggling Seattle Mariners, who have lost steam since their hot streak began following Robinson Cano’s suspension.

The team features a productive Jed Lowrie, Stephen Piscotty swinging a hot bat recently, and Kris Davis leading the team in home runs. This team has played some surprising baseball and that has the league paying attention.

Work will need to be done for Oakland to pull it off, which will include big deals at the deadline, especially in the starting rotation.

While there has been talk of still selling at the deadline and going for it in the next year or two when the team is sure, they are three games back of the Mariners, who have struggled. The A’s need to go for it now with the Wild Card staring them in the face.

The way things are going right now, I have Oakland and Boston in the winner-take-all Wild Card game at Fenway Park representing the American League.

I made this prediction on December 9, 2017, the same day Giancarlo Stanton was traded to the Yankees. I said it then and I will say it again, the New York Yankees are winning the AL East.

The Yankees, without question, showed last year that they were a year or two ahead of schedule thanks to the genius of General Manager Brian Cashman.

This year, with the addition of Stanton as well as a productive year from Aaron Judge, Didi Gregorius, Aaron Hicks, Gleyber Torres, and many others, the Yankees’ offense has become a severe threat in the AL.

On top of that, the pitching has been decent for the Yankees, despite Sonny Gray and Domingo Germán struggling,

Luis Severino is having a Cy Young-caliber season and CC Sabathia has become a reliable arm in the Yankees’ rotation.

Now, the Yankees will need to fight to win the East and they will need to make a big deal at the deadline to do it. The biggest need is getting a starter in that rotation. Whether that be Cole Hamels, J.A. Happ, or maybe even Jacob deGrom if Cashman can pull off a trade both sides can agree on. Regardless, the Yankees need to make it a priority to get a third reliable arm in that rotation and set themselves up for a fight with the Sox.

Despite being 4.5 games back of the Red Sox, the Yankees currently lead the season series against the Sox 5-4, and have a very decent schedule coming out of the All-Star Break. The Yankees will face the New York Mets, Tampa Bay Rays, Kansas City Royals, and Baltimore Orioles before meeting up with the Sox at Fenway in the first week of August.

The Yankees could and should very well build up momentum going into what will be the biggest series of the year for both teams.

It will come down to the very last day when the two teams face off in game #162 on September 30 at Fenway, but I predicted the Yankees to win the division in December of last year, and I’m sticking with it.

They will also have the best record in the AL, which means a potential first time ever American League Division Series showdown with their arch rival.

This one isn’t even a bit of a surprise, and not as exciting as the AL East race. The Cleveland Indians are winning this division for two reasons.

While the Minnesota Twins have been on a hot streak recently, they are still 7.5 games back of the first place Indians and six games under .500. They also don’t have enough depth in their lineup to contend with the rest of the AL.

The Indians have struggled recently, but with a decent rotation lead by Corey Kluber, Trevor Bauer, and Carlos Carrasco, that should be enough to put the division away.

This is a team that gets on base, drives runners in, hits a lot of home runs, and doesn’t strike out that much. Their offense, led by Michael Brantley, Francisco Lindor, José Ramírez, and many others should help Cleveland easily win the division.

The Indians’ problem is going to be the postseason.

While they’re a great team on paper and will probably win the division by 12 games or more, they will need to make a splash in the deadline to make an impact in the postseason.

Despite Andrew Miller due of the DL soon, the Indians’ biggest need at the deadline is to improve the bullpen. Pitchers like Dan Otero and Zach McAllister have really struggled this year and if the Indians want to go far in the postseason, they need to upgrade that bullpen.

Adding somebody like San Diego Padres Kirby Yates and Brad Hand not only improves the back end of the bullpen now, but also through 2020 for Yates and 2021 for Hand.

Having these two under your control can help you lock up the division and be a key threat in the postseason.

It’s a given that the defending World Series Champion Houston Astros will repeat as AL West Champions.

When you have a starting rotation headlined by Justin Verlander, Gerrit Cole, Charlie Morton, and Lance McCullers Jr, there isn’t much that can stop them.

Now, one guy I left out of that conversation is Dallas Keuchel, who has had better years as he currently has an ERA creeping up around 4. But when he is your fifth-best starter in your rotation and somebody who hasn’t been a complete disaster, I think any team would be happy with that.

One category the Astros don’t struggle in is their offense.

The Astros’ offense is top three in the league in almost every offensive category, including RBIs, hits, and runs. They’re a team that also doesn’t strike out a lot and are able to draw walks and do the small things right at the plate.

Whether that be from last night’s All-Star Game MVP Alex Bregman, George Springer who had a great end to his first half , or even José Altuve who continues to swing a hot bat, this team is locked and loaded for the second half.

Manager A.J. Hinch does a great job at not letting the pressure from the rest of the league bother him, which is a big reason why the Astros have been so successful this year and a potential favorite to repeat as champions. Obviously, there is a lot of tough competition in the AL this year, but add the Astros to that list and don’t you dare sleep on them.

This team is better than the team that won the World Series last year, and that’s saying something.

If there were any moves for the Astros to make at the deadline, it has to be in their bullpen. Despite the pen being good this year, there is always room for improvement, especially with the way the AL playoff picture is set to look.

Bringing in a reliever like Brad Hand or Kelvin Herrera would help make the bullpen an irresistible force against some of the best competition in the AL. With the Mariners and Athletics creeping up, the Astros can’t afford to take any chances; make the moves at the deadline and lock this division up once and for all.

Do you agree with my predictions on the American League Wild Card and Division winners? Follow me on Twitter @SMMcChesney to discuss your thoughts as well as see all my MLB discussion during the 2018 season.

2018 AL Wild Card Game: Nothing To Lose VS All Or Nothing