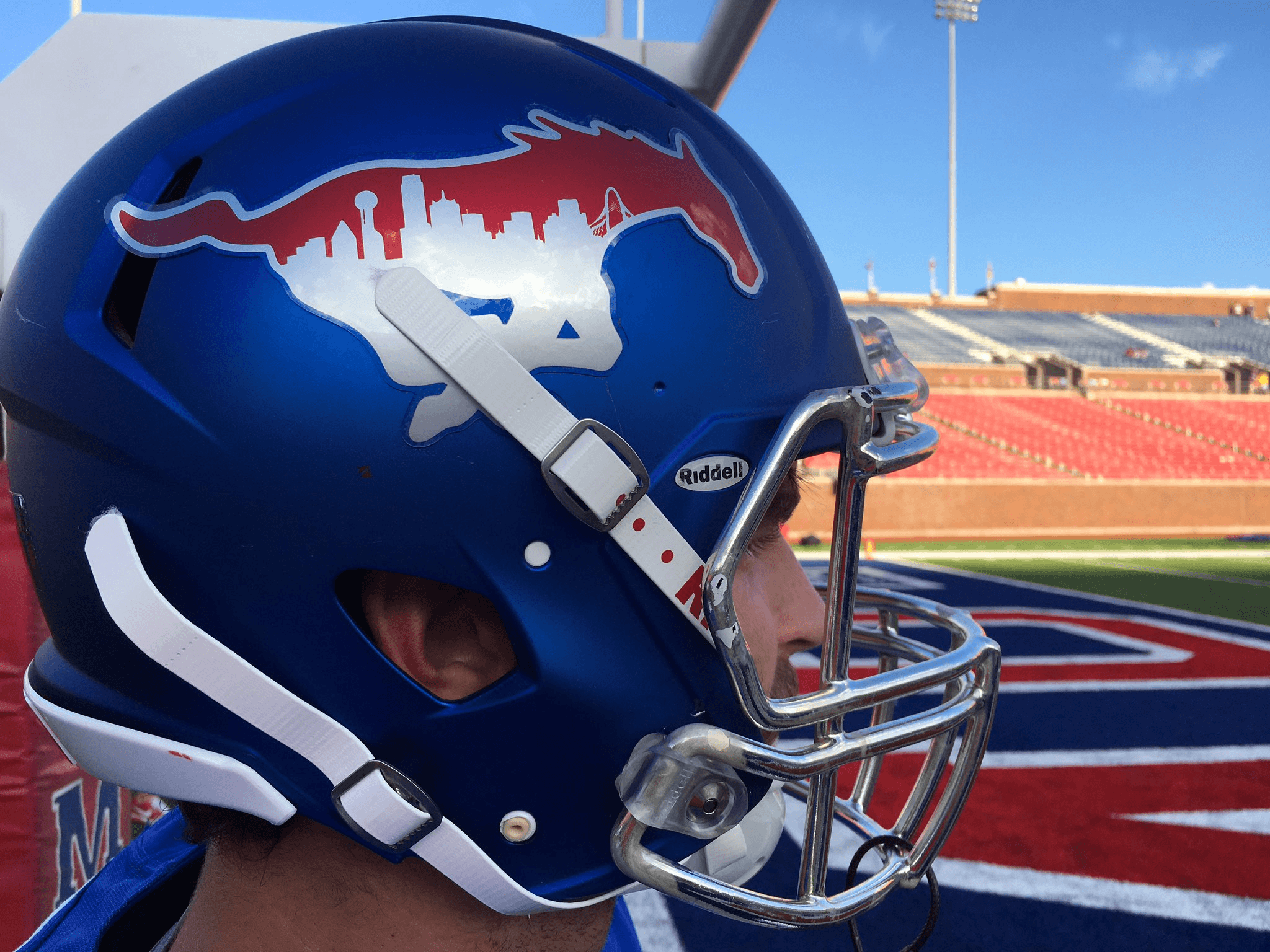 Another weekend of college football is upon us, with the SMU Mustangs hosting the TCU Horned Frogs in a Friday night DFW battle between two Texas programs – both entering the game at 2-1 on the season.

While TCU has won the last four “Iron Skillets”, the trophy these two teams play for, SMU will represent the city of Dallas in a classy way with tonight’s uniforms. Honoring the five officers that were victims of July’s protest violence in Dallas, the Mustangs will wear all blue uniforms (#BlueLivesMatter has been a popular political hashtag on Twitter following these incidents), with a nice subtle touch on the helmet – which displays the Dallas skyline in white within the red primary horse logo.

SMU football will also be well represented in the prime time lights on Sunday night, as the Dallas Cowboys will host the Chicago Bears on Sunday Night Football. Cole Beasley, starting wide receiver for the Cowboys, will look to continue his fast start to the season, representing his alma mater in Southern Methodist in the process.