The 2016 New York Mets Are Different 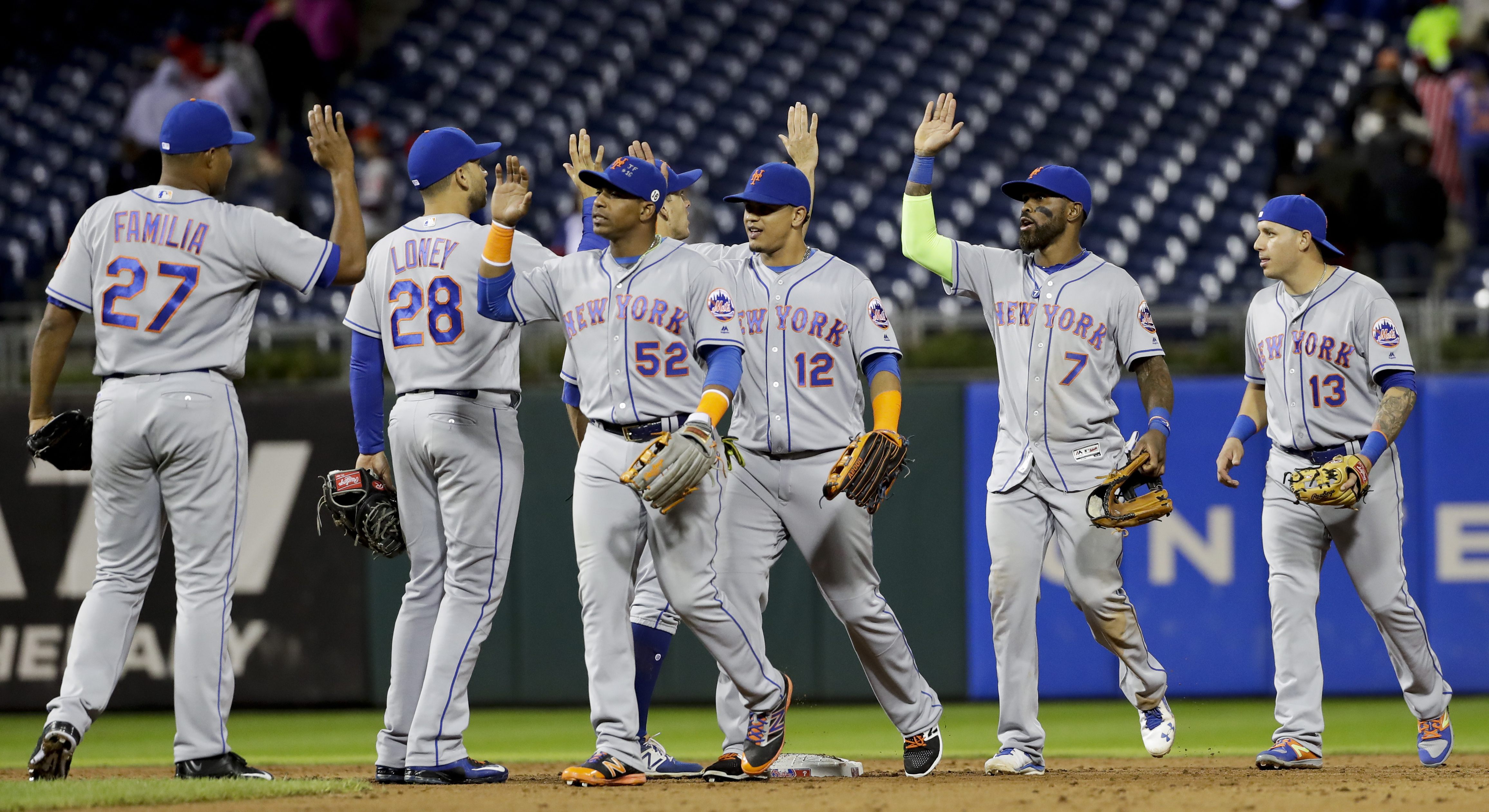 On April 1st, each one of those six names was considered to be a key piece on a team with World Series expectations. Dominant, young, power pitching which allowed the Mets to run through the National League in 2015 was back and ready to do it all again. Veterans like David Wright and Neil Walker were healthy, and ready to boost the lineup and bring the Mets to the playoffs for the second straight season. Something the New York Mets had only done once before.

On October 1st, not a single one of these players is on the active roster, each suffering a season ending injury at some point during the season.

Instead, it is names like Jay Bruce, James Loney, Robert Gsellman, Seth Lugo, Asdrubal Cabrera, Jose Reyes 2.0, T.J. Rivera, Bartolo Colon, and of course Yoenis Cespedes which have driven the Mets to a playoff birth.

By defeating the Philadelphia Phillies 5-3 yesterday the Mets clinched a spot in the Wild Card game, and will host either the St. Louis Cardinals or the San Francisco Giants this Wednesday night.

On August 19th, the Mets were two games under .500 and 5.5 games back of the second Wild Card spot. Cespedes was in the midst of hamstring troubles, Jay Bruce looked like Jason Bay, and the team was just about out of starting pitching.

Then behind the arms of Robert Gsellman, Noah Syndergaard, and Bartolo Colon the Mets started clicking. Since August 19th, the Mets have the best record in all of baseball. They have done the improbable, and anything that comes after this seems like icing on the cake.

Common sense would tell you that the Mets season will end shortly. Whether it be against Madison Bumgarner and the San Francisco Giants, the seemingly unstoppable Chicago Cubs, or ex-Met turned villain Daniel Murphy and the Washington Nationals the Mets should not have a chance at a serious playoff run.

Not with Gsellman. Not with Colon. Not without Harvey, DeGrom, or Wright. It simply shouldn’t happen.

But for whatever reason, I believe in this team.

In the past, the New York Mets crumble when facing adversity. When injuries plagued the 2008 season, the Mets fell apart. When they needed to just win a few more games to sneak in with a playoff birth in 2007, they collapsed. But when they faced the potential breaking point many this year, the 2016 Mets answered the bell every single time.

So while they will not be favored at any point during this upcoming playoff run, do not be surprised if the New York Mets are able to shock some people this Fall.