Yoenis Cespedes Opts Out Of Contract, Officially A Free Agent 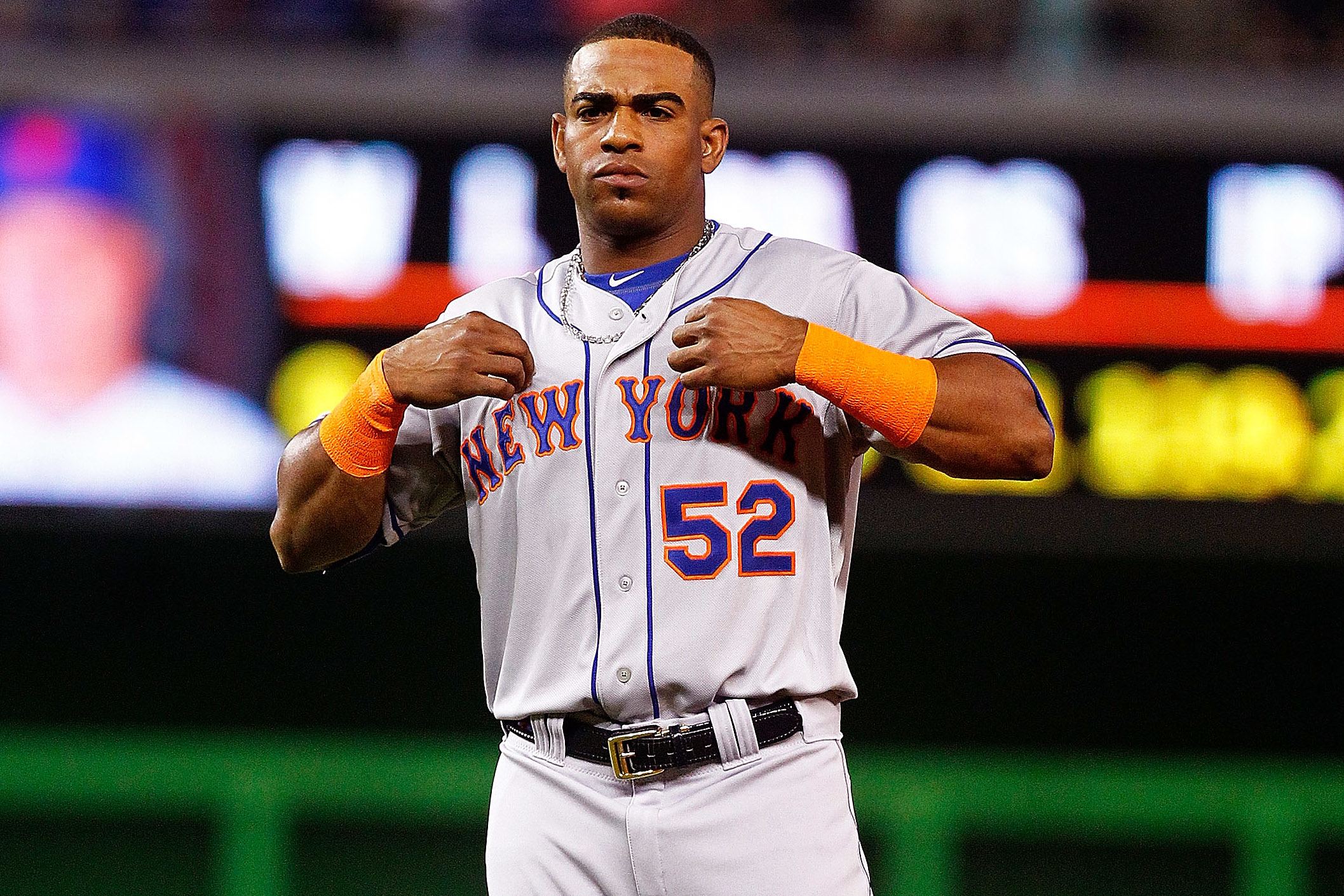 Our yearly game of “Man, I hope the Wilpons decide to actually spend the necessary money this Winter” which usually results in them shopping at PayLess for their free agents has begun. Yoenis Cespedes is the single most important New York Met in the last 15 years, and if this team decides not pay him what he deserves, he will find that money elsewhere without question.

Yo’ is coming off a 31 home run, 86 RBI season where he spent most of the year hovering around .300. Sure, he went hit-less in the Wild Card game but damn it if it weren’t for Cespedes there would’ve been no Wild Card game.

Hopefully the Mets realize this, and give him the contract he needs. Because if they do, the Mets have a chance to challenge the Chicago Cubs in 2017. If they don’t, they might as well just hand the Nationals the NL East banner in April.

Here’s hoping that we hear the Lion King music at Citi Field next year, and the Mets pay Yo’ what he deserves. Because I want more of this in my future:

Your bat-flip champion of the world, Yoenis Cespedes.https://t.co/t6iHkbJTGe