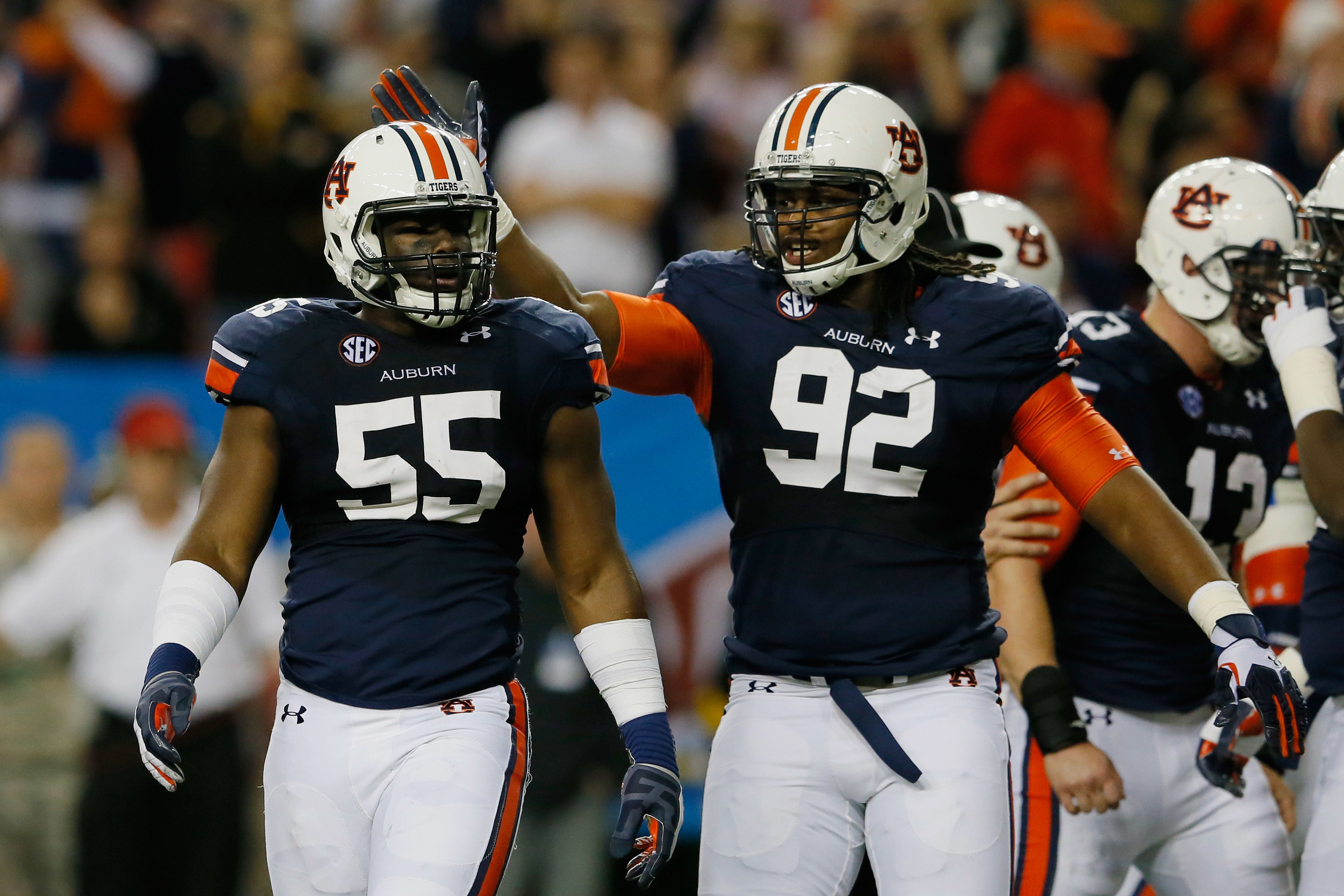 When I put the tape on and started watching EDGE rusher Carl Lawson, the first thing I wondered was why I hadn’t heard his name being mentioned as a top 15 pick lately. In a lot of ways, Lawson has everything you want in a young defensive end. The size, the burst, the quickness, active hands, a high motor, you name it.

Then I did some research on Lawson’s career. After an All-American freshman season in 2013, Lawson was forced to miss all of the 2014 season and half of the 2015 season due to injuries.

Obviously, these injuries hurt his college production some up until this season, but they also gave him the label as “injury-prone,” something scouts hate to see when evaluating a player.

In 2016, however, Lawson re-vamped his draft stock. Playing in all but one game, Lawson finished the season with 9 sacks, nearly doubling his career total to that point. Week after week he made his impact felt, forcing many teams to chip him with running backs and tight ends on almost all passing downs. Despite the extra help, offensive tackles could not stop Lawson’s pass rushing abilities.

As mentioned earlier, Lawson’s tape is tremendous at times. One of the first things I noticed when watching him was his explosive first step. Listed at 6’2″ 257 lbs Lawson is certainly not small, but he possesses very good quickness.

Lawson gets off the ball with a purpose, especially on obvious pass rushing downs. His elite-level burst helps him win around the edge often, as does his ability to bend.

Here is a good example of Lawson’s quick first step, as well as his bend around the corner. Lawson gets off the ball with a purpose, beating the offensive tackle around the edge right off the ball. When the tackle tries to recover, Lawson has the bend and strength to stay on his feet and rip around the edge. When he gets to the quarterback, Lawson makes sure not to miss.

Another strength to Lawson’s game are his active, heavy hands. When the offensive tackle punches, Lawson is able to counter and break the hands of the tackle, often getting him off balance and allowing for a successful pass rush.

On this play we see Lawson win with a quick head fake and rip. His initial get-off and head fake freezes the tackle. Once he reads the tackle’s hands, Lawson is able to use his own violent hands to rip across the edge and get the sack.

Once again, we see an example of Lawson winning with quick hands. This time, with a quick swim move outside of the tackle. When you continually win with outside moves like Lawson does, the offensive tackle will often over-set to compensate for the speed of the defensive end. When tackles try this against Lawson, he shows the ability to counter with an inside move and win on the pass rush.

Against the run, Lawson does a nice job of disengaging the offensive lineman and making tackles. He’s a strong kid, and can bench press the lineman off his chest in order to create separation.

This play is a good example of both Lawson’s play recognition, and his ability to get off blocks against the run. However, it also shows two of his major weaknesses.

That first weakness is his pad level. Too often, Lawson comes off the ball high, taking away his strength at the point of attack. He tends to line up as a stand up end a lot, but this is still no excuse to play high. While he can overcome his pad level with counter moves, burst, and athleticism in college, this won’t work as well at the next level.

Second, Lawson sometimes stops his feet on contact against the run. This is a huge no-no especially in the NFL. While his upper body is strong enough to maintain his ground at the college level, big offensive tackles in the pro’s will be able to move Lawson off the ball if he doesn’t keep his feet active through contact.

Overall, I really like Carl Lawson’s chances in the NFL. His ability to convert speed to power is excellent, and both his burst and bend are NFL ready. However, he is not without his flaws. I’d like for him to play with better pad level and to keep his feet moving through contact against run blocks. Also, he could improve his lower body strength to help against the run. Of course, the injury history is there as well.