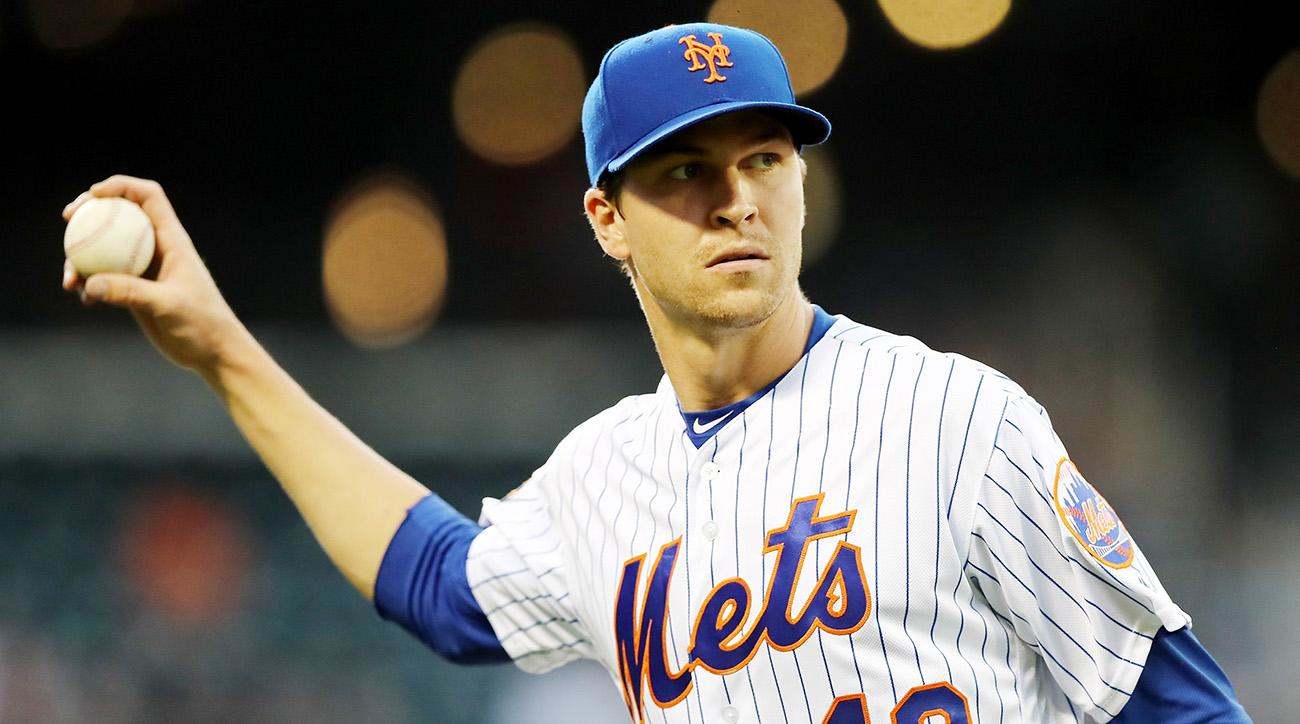 It was a move that many expected would happen, and this morning the New York Mets made it official when they placed Pitcher Jacob deGrom on the 10-day disabled list. This is the second roster move the Mets made regarding their pitching staff in the last three days.

The Mets have changed their minds. Jacob deGrom will not start Monday in Cincinnati. The team will DL him. He’s likely to miss only one start.

This decision comes after deGrom hyperextended his pitching elbow during an at bat against the Atlanta Braves this past Wednesday night.

Manager Mickey Callaway announced today during his press conference that deGrom is available to come off the DL next Sunday and Callaway’s plan is to have him start on Sunday against the Philadelphia Phillies.

Callaway also told reporters that deGrom is not experiencing any pain, but it was a cautious decision that was made for the best interest of his pitcher.

“The more and more we thought about it, it just wasn’t worth the risk,” Callaway said.

deGrom met with the media earlier this morning as well and this is what he had to say to reporters in response to the team’s decision:

.@JdeGrom19 says though he feels well enough to go, his move to the DL is precautionary and focused on the bigger picture. #Mets pic.twitter.com/HDD1e43u0G

There has been no decision made on who will start in deGrom’s place tomorrow when the team travels to Cincinnati to face the Reds.