Red Sox vs. Yankees Round 2 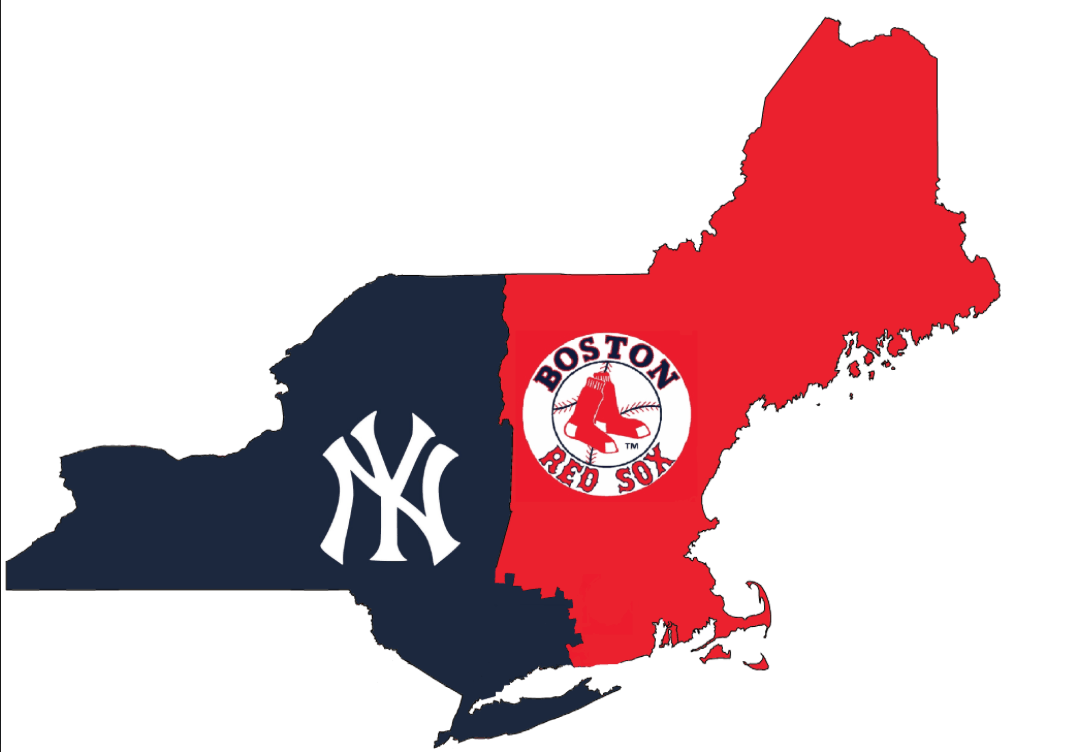 It’s pretty funny how quickly things change in sports. At this time last month the New York Yankees and Boston Red Sox locked horns in their first match up of the season. The three game series at Fenway Park featured two ball clubs heading in seemingly opposite directions. The Yankees were struggling through the seasons opening weeks with a .500 record while the Sox were red-hot out of the gate.

Now the only thing that hasn’t changed between the two rivals this season is the play of the Red Sox. They’re still cruising through the early stretch of the year with a 25-10 record, the best in baseball. However, a lot has changed in the Big Apple. The Yankees have found their long-awaited “stride” as they are winners in 15 out of their last 16 games. Their record has jumped from 9-9 to 24-10 seemingly overnight.

It would seem the “Beantown brawl” from the second game of the last meeting served as a unifying moment for this Yankees ball club, who are 18-4 since Tyler Austin charged Joe Kelly. This was something I suggested could happen in a piece on this site, in the aftermath of the fight. So now we head into round two of the prize fight between these heavyweight ball clubs. What can we expect this week in New York from the two best teams in baseball? Here are three things to look out for this week.

Of course there is always a great atmosphere when these two teams meet up…but this series should have an added edge to it supplied by the fans inside the big ballpark in the Bronx. The new Yankee Stadium opened in 2009 and while it saw the bombers win the World Series inside, it honestly never felt like home. That was until last fall when the Yankees created moment after moment where they “blew the roof” off the place.

From a Red Sox perspective you’re hoping not to see the stadium up for grabs like this, but the ballpark has the chance to breathe even more life into the rivalry this week.

There is a match up within the match up in this series as the two hottest hitters in baseball are going head to head. Didi Gregorius of the Yankees is the reigning player of the month in the AL after an absolutely torrid April. Thus far the Yankees shortstop is batting .311 with 10 homers and 30 RBI’s. The man who used to get booed while trying to replace Derek Jeter has now become a fan favorite in the Bronx. Gregorius has put it all together, and while it’s early he is playing like a league MVP.

Yankees shortstop Didi Gregorius is on fire, homering in four straight games to reach nine home runs on the season About Major League Baseball: Major League Baseball (MLB) is the most historic professional sports league in the United States and consists of 30 member clubs in the U.S.

Meanwhile in Boston Mookie Betts has been as good as ever. The Sox right fielder has been the only man close to Gregorius in the American League in terms of production. Betts has posted a .355 average with 13 home runs and 26 RBI’s. He’s the heartbeat of this Boston club and I expect him to go toe to toe with Gregorius over the next three games.

Daily Recap: Mookie Betts launched three home runs off Danny Duffy, and J.D. Martinez added a two-run homer in a 5-4 victory over the Royals About Major League Baseball: Major League Baseball (MLB) is the most historic professional sports league in the United States and consists of 30 member clubs in the U.S.

The Yankees and Red Sox’s benches clear after Tyler Austin slides hard into second with Brock Holt covering the base, then Joe Kelly later hits Austin with a pitch, resulting in tempers flaring again About Major League Baseball: Major League Baseball (MLB) is the most historic professional sports league in the United States and consists of 30 member clubs in the U.S.

Tyler Austin may not expect anymore tension between the two teams but I would be surprised if things didn’t boil over again. The Yanks and Sox seem like far and away the best teams in a mediocre AL East, making every head to head match up between these two even more critical than usual. The events of the last series are on both sides’ mind and I wouldn’t be surprised if the Yankees throw the figurative — and potentially literal — “first punch”.

Overall this should be a really fun series to watch. The rivalry feels like its back on the rise which is good for baseball. There are stars on both sides looking to stake their claim as baseballs best team, and while I don’t think this week will necessarily decide that, it will certainly further the debate. There is really only one guarantee for this series. These games should be, as they always are, long and arduous battles that go into the late hours of the night.

So sit back, relax, and enjoy this series. There’s going to be 12 more games between these two this year following this series, and it should only get better from here.