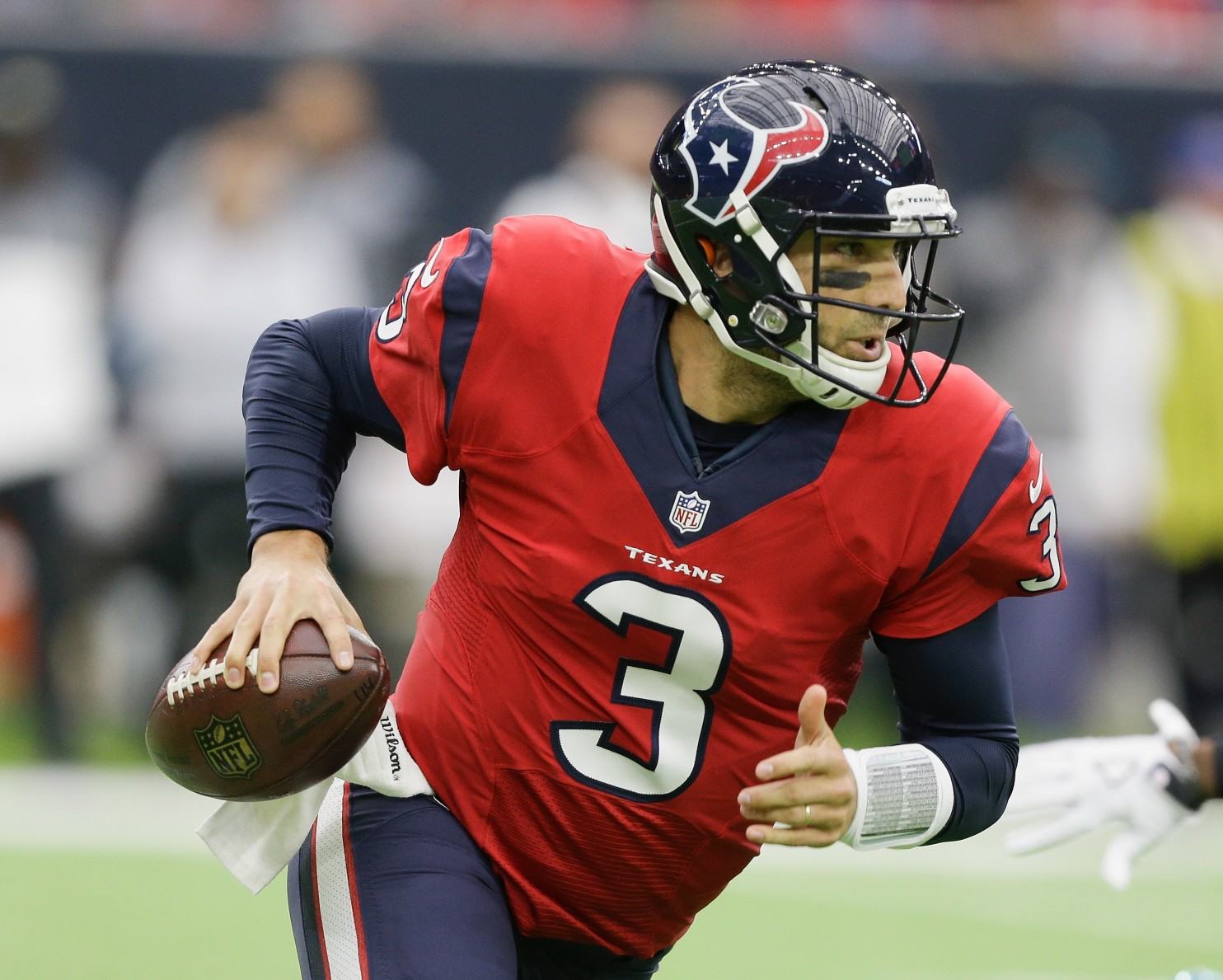 It’s very rare in sports to have a single decision change a team’s story for the entire season. This past Sunday confirmed what even the most optimistic Houston Texans fans were holding out hope for, that Brock Osweiler is not talented enough to be our starting quarterback. When fans saw Tom Savage walking into the huddle during the second quarter, the crowd roared with cheers. The home crowd was so loud in fact, that Texans running back Lamar Miller actually motioned for fans to quiet down.

Equally as surprising as Brock “My Doppelganger is a Teenage Vampire” Osweiler’s benching was Tom “Macho Man” Savage’s success on the field. Savage revived this dead offense with ease. I had forgotten what it was like to see quarterbacks throw passes over 10 yards.

Interestingly enough, Brock’s doppelganger is also known to suck the life out of the ones who love him.

Unfortunately, the new story, that is so bad it could have been written by Stephenie Meyer herself, is that of salvation.

Can Tom Savage save the Houston Texans?

There was a lot that we could look at in the two and a half quarters that Savage played. DeAndre Hopkins was revived with the new quarterback throwing his way. In fact, after having zero catches through 1.5 quarters with Brock as the quarterback, he mustered 87 receiving yards once Savage took the helm. That’s the second most yardage he’s had in a game this season.

DeAndre Hopkins wasn’t the only beneficiary though. Will Fuller actually looked like a receiver that could do more than run streaks. Passes were hitting receivers in stride for the remainder of the game.

That’s not to say that Savage looked great though. He had two passes that should definitely have been intercepted. He just seemed to move the ball with much more ease and efficiency than we are used to seeing.

The Tennessee Titans are having an amazing second half to their season. The division title will likely be decided by the week 17 match-up between the Titans and Texans.

It is still unclear whether or not Savage is even able to secure the starting position for 2017 with the few remaining games left on the schedule. With Osweiler’s contract, he’s not able to be cut or traded without leaving a lot of dead money on the salary cap. But the Texans should seriously consider drafting a quarterback in 2017, regardless of how well Savage performs.

The only thing I am certain of, is that the story of the 2016 Texans is now forever cemented as the season in which they benched the $72-million-dollar-quarterback (really $37 million if he is cut after two years, which seems very likely at this point).

The final chapter is still unwritten, but Tom Savage has at least shown me that he’s better equipped to lead this team than Brock Osweiler. For now, that’s good enough.