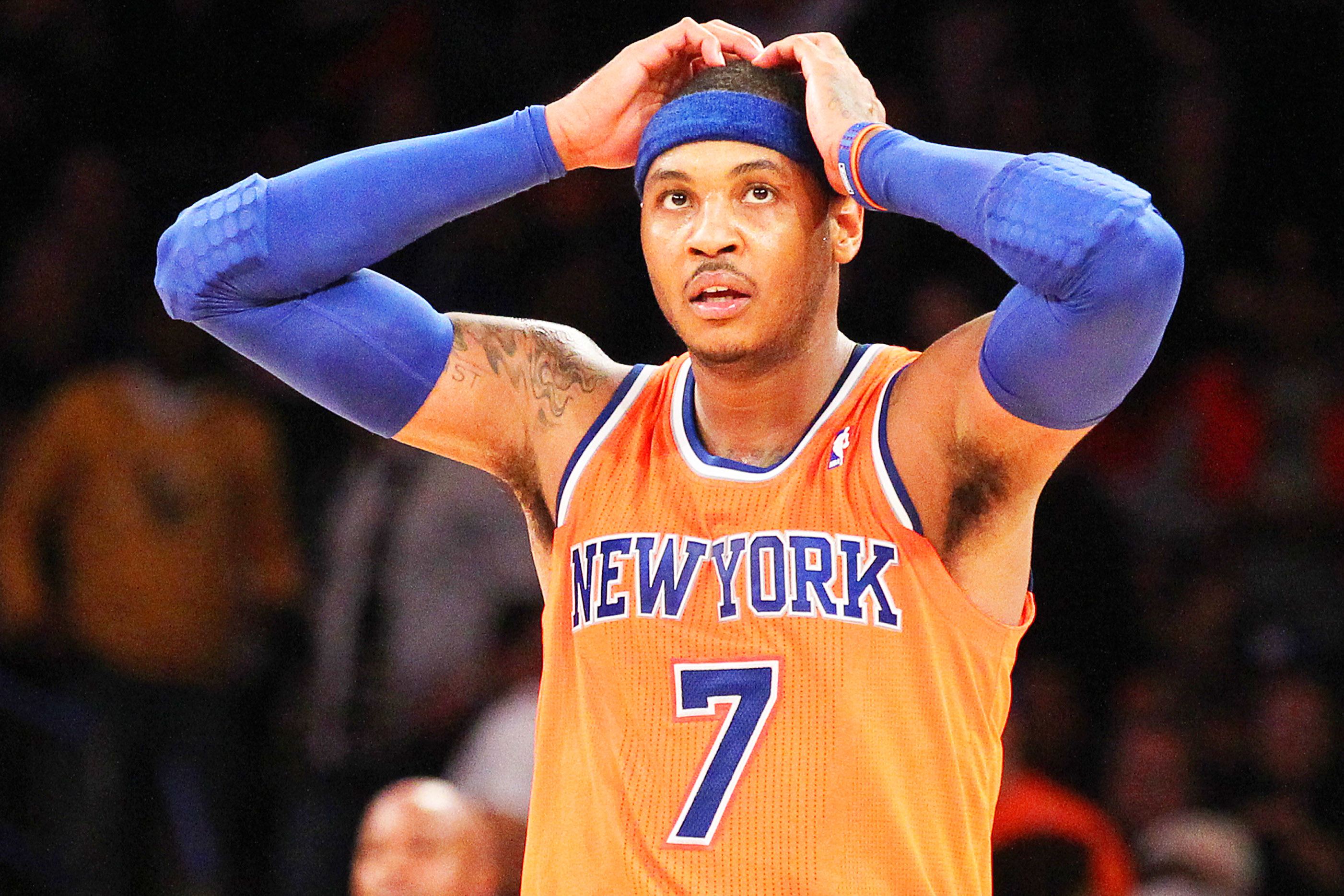 Let me start by saying, you will be hard-pressed to find a bigger Carmelo Anthony apologist than myself. The addition of Melo brought an excitement around the New York Knicks that I had not felt in my lifetime, and even resulted in a fun run during the 2013 NBA playoffs which ultimately ended in disappointment.

But it is no longer 2013, and neither Melo nor the other veterans on the current roster are getting it done. And by the looks of it, it is time to blow this whole thing up.

The past few games for the Knicks have been abysmal. Once fighting for the third seed in the conference, New York has dropped out of the playoff picture with five consecutive losses since Christmas Day.

Last night, this team hit what could be rock bottom, losing to the Orlando Magic on their home floor in disgraceful fashion.

The crowd at Madison Square Garden pleaded for “De-Fense,” but were rewarded with piss-poor effort on that side of the floor. Over their last five games the Knicks have failed to hold a single opponent under 100 points, including totals of 119, 125, and 115 last night.

Head coach Jeff Hornacek looks beside himself on the sidelines, as Carmelo Anthony ignores offensive calls and the team fails to give any effort on the defensive end. Hornacek questioned the teams effort after the loss, even going as far as saying “maybe we need to get in the weight room a little bit more.”

As weak as the Knicks have looked these past few weeks, it is hard to disagree with this sentiment.

But the question now becomes, where do the Knicks go from here?

Last season, even as the losses piled up, there was a sense of purposeful losing. They had found a future star in Kristaps Porzingis, and while a playoff run wasn’t coming that season, you could see what the Knicks were building down the road.

After adding veterans like Derrick Rose and Joakim Noah, however, there are no more moral victories. This team must make the playoffs in a mediocre Eastern Conference. This team must at least compete in the first round of the playoffs. And if they are going to lose, it should come at the hands at the odds-on-favorite Cleveland Cavaliers. But as we have seen from the Knicks this year, they don’t deserve to be on the same court as the Cavs playing meaningful basketball.

It is time for Carmelo Anthony to look himself in the mirror. With all this being said, he is the leader of this team, and he is still the best offensive player on this team. He must take it upon himself to raise the intensity on defense, and get the Knicks to where they need to be. Because at this point, all the 2016-17 Knicks are doing is wasting a year of Kristaps’ development.