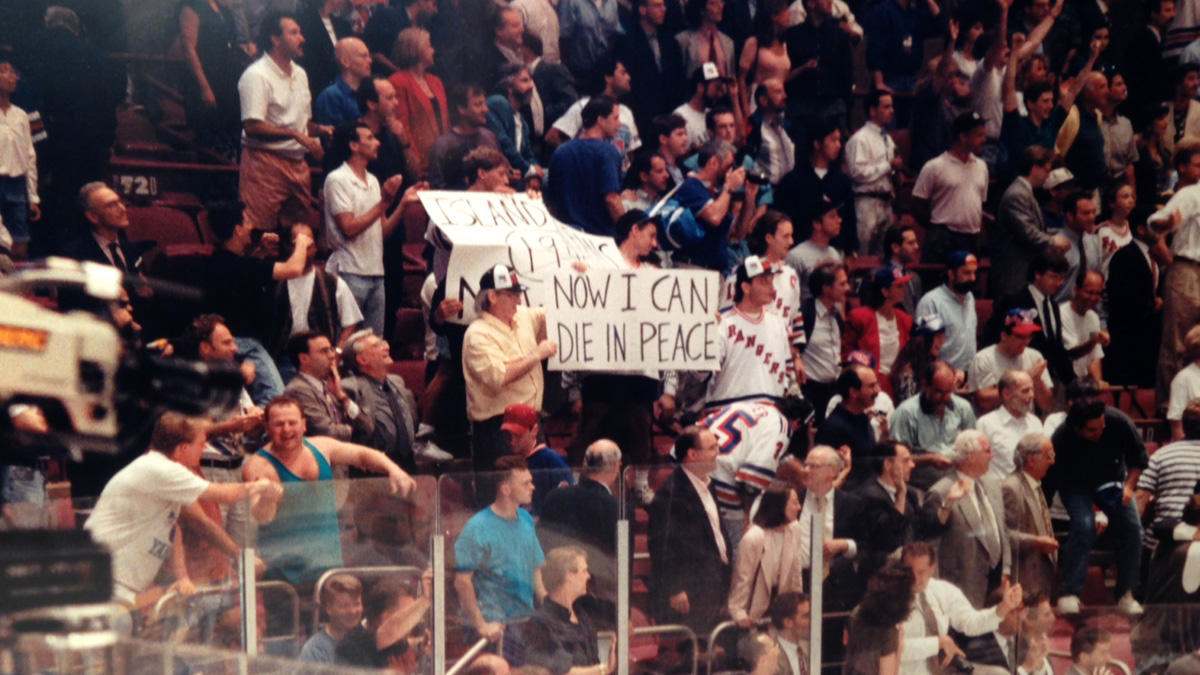 “We know that hockey is where we live, where we can best meet and overcome pain and wrong and death. Life is a just a place where we spend time between games.” – Ray Shero

That’s one of my favorite quotes in all of sports. As a big hockey fan it means a lot, but I believe it applies to all sports fans that follow their teams devoutly. So swap out “hockey” and replace it with “sports.” We live for our teams every week of every year. The victories are euphoric and the loses are crippling but at the end of the day we come back every time. No matter how bad it felt, or embarrassing it was, we come back for the next game.

The question “of why do we bother?” was raised to me by my friend and Slant Sports colleague Sean Martin following a loss by his beloved Cowboys. This really pressed me to write this piece as this has been a question I have thought about for a long time. We’ve all been there as fans: that moment where we say, whats the point? Why do I put my heart, soul, and all too often tears into my teams. The short answer is because we love everything about sports and our sports teams. At least that’s how I see it.

In my life as a sports fan I have experienced some highs, but they’re far outnumbered by the lows. When it comes to the high points, I have seen the New York Yankees win a World Series in 2009. I have seen the Indianapolis Colts hoist the Lombardi Trophy in 2006.

Derek Jeter and the 2009 Yankees hoisting the World Series trophy after game 6.

But the low points feature the New York Rangers losing the Stanley Cup in overtime to the LA Kings in 2014. Notre Dame getting run over by the Crimson Tide in 2012. I cried when Tracey Porter intercepted the Colts bid for a second title in 2009…and don’t get me started on the New York Knicks.

Every single one of those hurt in their own way.

I remember storming around the house saying “they deserved better” when the Rangers lost to the Kings. I was so stung by that series that I didn’t get over it easily. Same for the Colts in 2009 as aside from the loss, I had to face the dreaded indignity of facing my friends in school the next day, all of whom I guaranteed victory. Watching Notre Dame get obliterated was as demoralizing as any moment in my life of sports fandom.

But there I was the following opening day believing that this could be the year. Because I follow the same path as other sports fans have before me. Generations of Rangers fans watched the blue shirts lose while being serenaded with chants of “1940” until the 1994 Stanley Cup run. My fellow Colts fans suffered through playoff loss after playoff loss, all in the name of being there for the moment that it finally happened.

That suffering and attrition is something that defines us all as fans. Sports make the low moments of life better, they make us all forget about suffering or catastrophes in the world. Look no further than the Yankees in the wake of 9/11, the Bruins after the Patriots Day attack, and even the Houston Astros who recently won a World Series following Hurricane Harvey.

Jubilation at TD Garden following Patrice Bergeron’s OT goal in-game 7. This set off a magical run to the final in the wake of the Patriots Day bombing.

It’s games and moments like those that make it all worth while, that make the bad beats and the heartbreaking endings worth it. That allow us to escape from the real world and share in something special with people who believe in the same cause as us.

Sports bring people from all walks of life together. Sports unite people from around the world, from different backgrounds, all in the name of being together for the good days.

To me, there is something beautiful about that. Take this group of Jets fans I tailgate with at MetLife Stadium on Jets game days.

That’s me in the middle wearing the Notre Dame jersey by the way. Don’t worry Colts fans I wouldn’t betray the blue and white.

The “L7” crew comes together at every home game to cheer on the mostly hapless Jets and have a good time together, to escape from life for a few hours. They even opened their doors to some Jaguars fans for the week four game this season. It’s fans like this that exemplify what I’m talking about.

Even the featured image of this article is a prime example of what being a fan is all about. Those Ranger fans who were at game 7 of the ’94 Final, waited forever just like everyone else in attendance, to end a 54 year drought. While their lives undoubtedly featured plenty of great moments with family and friends, that night will stand out forever. Even for my mother and father–who weren’t in attendance that night–who can vividly remember celebrating wildly in their living room as they watched this unfold.

On June 14, 1994, the New York Rangers defeated the Vancouver Cannucks in game seven of the Stanley Cup Finals by a score of 3-2. It marked the Rangers’ first Cup victory since 1940 when they defeated Toronto. It was also Vancouver’s first trip to the Finals since 1982.

But enough about my thoughts and my own stories, here are some fan’s answers to the question of why do we cheer like we do.

Austin Rendini, a lifetime Mets fan who’s been going to games at both Shea Stadium and Citi Field forever has seen his fair share of lows. He shared some of his thoughts on why he’s still a fan who cares so much about his team, that almost never pays him back.

“Growing up, my mom always had the Mets game on every night. After watching them every day, they seem to become a part of your life. And especially with the Mets, they’ve been bad for so long, and the lows have been so low, that I feel as if I can’t just stop watching and caring, because then I will miss the high.” Austin later added “that’s what sports [is] all about. Having your team win a championship feels like you won that championship too.”

The now infamous strike 3 in game 7 of the ’06 LCS. (Photo by James Keivom/NY Daily News Archive via Getty Images)

The Mets winning the 2015 NL Pennant

Another fan I reached to for this piece is Mike Bostic, a lifelong Indiana Sports fan and Indianapolis Colts super fan better known as Clony Dungy. You may have seen him on Sunday NFL countdown, if not, here he is a few weeks back for a special segment they hosted.

Now one might ask themselves what brings this out in Mike every week, so I’ll let him explain in his own words.

“My fandom is tied as much to my love for Indy as it is to just the Colts. I am a huge fan of the Indianapolis 500 and have always enjoyed the Pacers. My Clony Dungy persona is a tribute to a great coach and man, Tony Dungy. He represents the greatest moment in Indiana sports history, our Super Bowl 41 Championship,” Bostic said.

Mike later added that “Indiana has won championships in other sports over the years, like the great Notre Dame football teams and IU basketball, but that Colts Super Bowl title united the whole state. It was a time of pure joy and I think my costume reminds people of that wonderful time. Not every season is so special. You have to take the good with the bad. I get frustrated like anybody when my team isn’t doing well, but like in life, the difficult times teach you the most about yourself.”

Mike couldn’t have put it any better. As I said earlier, sports are part of what defines us as people. We go through tough moments as fans but we have to overcome them and come back again. Because at the end of the day it takes character to go through being a fan, just the same as life.

So continue your weird superstitions, never miss a tailgate or a game, cheer for your team in victory and mourn their losses. Because the lows make the highs that much better to experience. Because maybe this will be the year. Never give up sports fans, because better days are always ahead.

Signing Off: The Voice of Montclair State Says Farewell