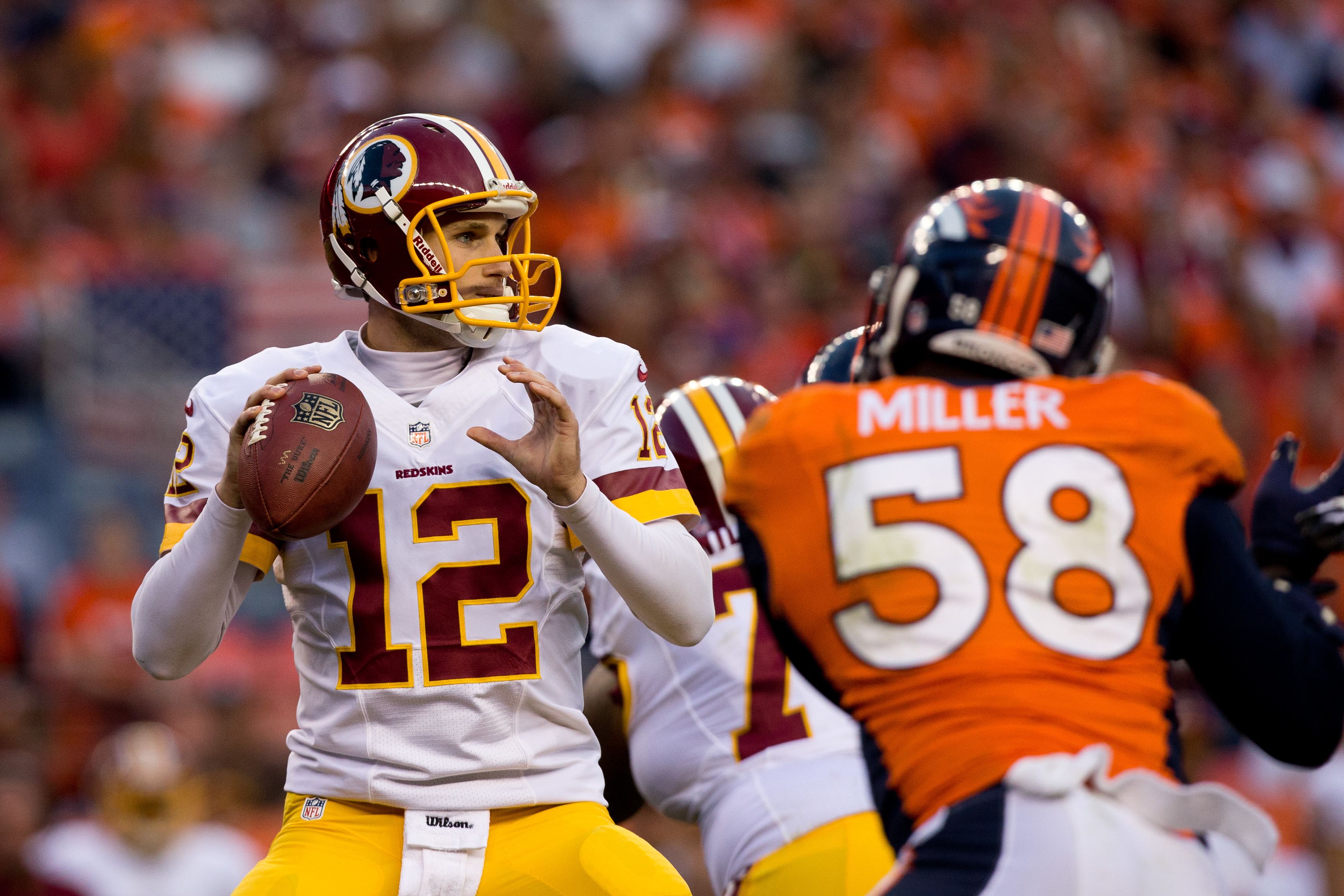 A lot has been made over the last several years about the future of QB Kirk Cousins with the Washington Redskins. He’s been good enough to warrant discussion of a mega quarterback contract, yet the Redskins’ front office has been reluctant to do so. Cousins has received the franchise tag the last two years, and there is speculation that he might get it again in the 2018 offseason.

The Washington Redskins could still put the franchise tag on Cousins again this offseason, but that would mean they were on the hook for $34 million guaranteed. Kirk Cousins is a good quarterback, but that is a lot of money for one year with zero guarantee he’d stick around beyond 2018.

This has left many to wonder what the future holds for the very talented Mr. Cousins.

If I’m Kirk’s agent, I’m looking at one place and one place only this offseason. The Denver Broncos.

President of Football Operations John Elway has already made the move for a veteran signal caller in the past, to go with his ready-to-contend defense, when he signed Peyton Manning. With Manning under center, the Broncos won a Super Bowl, despite Manning playing more like Eli than Peyton.

Right now, Cousins would be a tremendous upgrade over any quarterback on their roster, and if you believe the rumors surrounding Paxton Lynch, they may be ready to move on from him. This is just two seasons after trading back into the first round to draft him.

Kirk Cousins is a better player now than Manning was during the 2015 season when the Broncos won the Super Bowl.

The offense is in pretty good shape with Demaryius Thomas and Emmanuel Sanders on the outside.

The running back group is decent and the offensive line has some talent as well.

If the Broncos could land Cousins to lead their team, Elway and the front office could add more talent to the offensive line and running back group at the 2018 NFL Draft, being that it’s pretty deep at those positions.

Sitting at the fifth spot in the draft, Denver has a great shot at landing OG Quentin Nelson from Notre Dame, who is projecting to be the top player in the draft for some folks. If they didn’t want to go with a guard that high, Orlando Brown from Oklahoma would be a great selection at tackle.

Denver, though a 5-11 team, isn’t far from rebounding to Super Bowl contention.

The defense is ready. The running game is good enough. The wide receiver weapons are good. All they really need is a signal caller.

If Kirk Cousins can avoid the franchise tag from the Washington Redskins, he’s a four-hour plane ride from landing on a Super Bowl contender.