It’s A Matter Of When Ezekiel Elliott Shatters Eric Dickerson’s Rookie Record, Not If 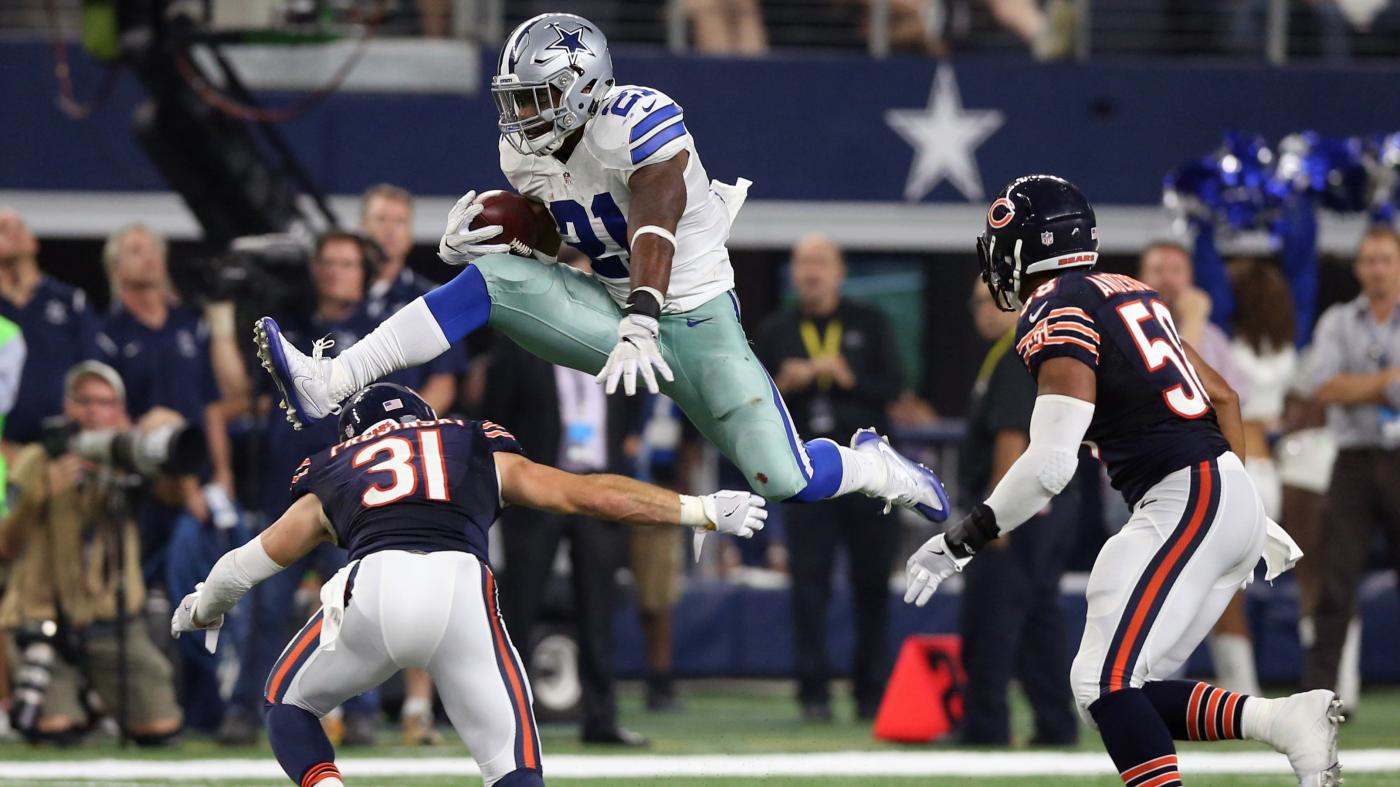 Eric Dickerson initially laughed off the thought of Dallas Cowboys rookie running back and all-around beast, Ezekiel Elliott, breaking his 1983 rookie rushing record (1,808). But Elliott changed Dickerson’s tune, and has defensive coordinators around the NFL wondering how to slow him down.

Ezekiel Elliott totaled an unsatisfying 134 yards after two weeks, 45 yards behind Dickerson’s pace. Since week 2, Elliott has averaged 126 yards per game (y/g), including a stretch of four games with at least 134 yards rushing.

He’s become a more patient runner, allowing him to finish runs down the field more than at the line of scrimmage. And if Elliott can muster a measly 115 y/g in the last 8 games of the season, he will break Dickerson’s record.

That seems very doable when you consider the context of Elliott’s situation.

What Ezekiel Elliot is chasing pic.twitter.com/Nk5i2uGcpS

He runs behind the BEST offensive line in football.

Pro Football Focus gave only the Oakland Raiders, who gashed Denver’s defense for 218 yards on the ground Sunday night, and the Tennessee Titans (see DeMarco Murray and Marcus Mariota) higher overall run-blocking grades than the Cowboys through Week 8 of this season.

This line has given Elliott rushing lanes big enough for children to run through and Dak Prescott all the time in the world to find the open man.

Center Travis Fredrick, left tackle Tyron Smith, and right guard Zack Martin are all arguably the best at their positions (side note: they’re all 25 years old). The O-line is the same as it was in 2014, when DeMarco Murray ran for a franchise single-season record 1,845 yards and a 12-win season.

Along with Dak Prescott, who’s running ability can help Elliott’s rush totals in a way Tony Romo‘s can’t, Zeke Elliott is surrounded by a great cast to help him break this record.

He also has the schedule in his favor.

Rankings aren’t everything folks, especially when you have a coaching staff committed to establishing the run. The team knows what their strengths are, and there is a reason Elliott went 4th overall in the draft.

Elliott will continue to be a focal point in the offensive game plan week in and week out. Barring an injury to Elliott or the O-line, Elliott could eclipse 1,900 rushing yards, but even better than that possibility are all the thrilling runs he will treat us to over his NFL career.