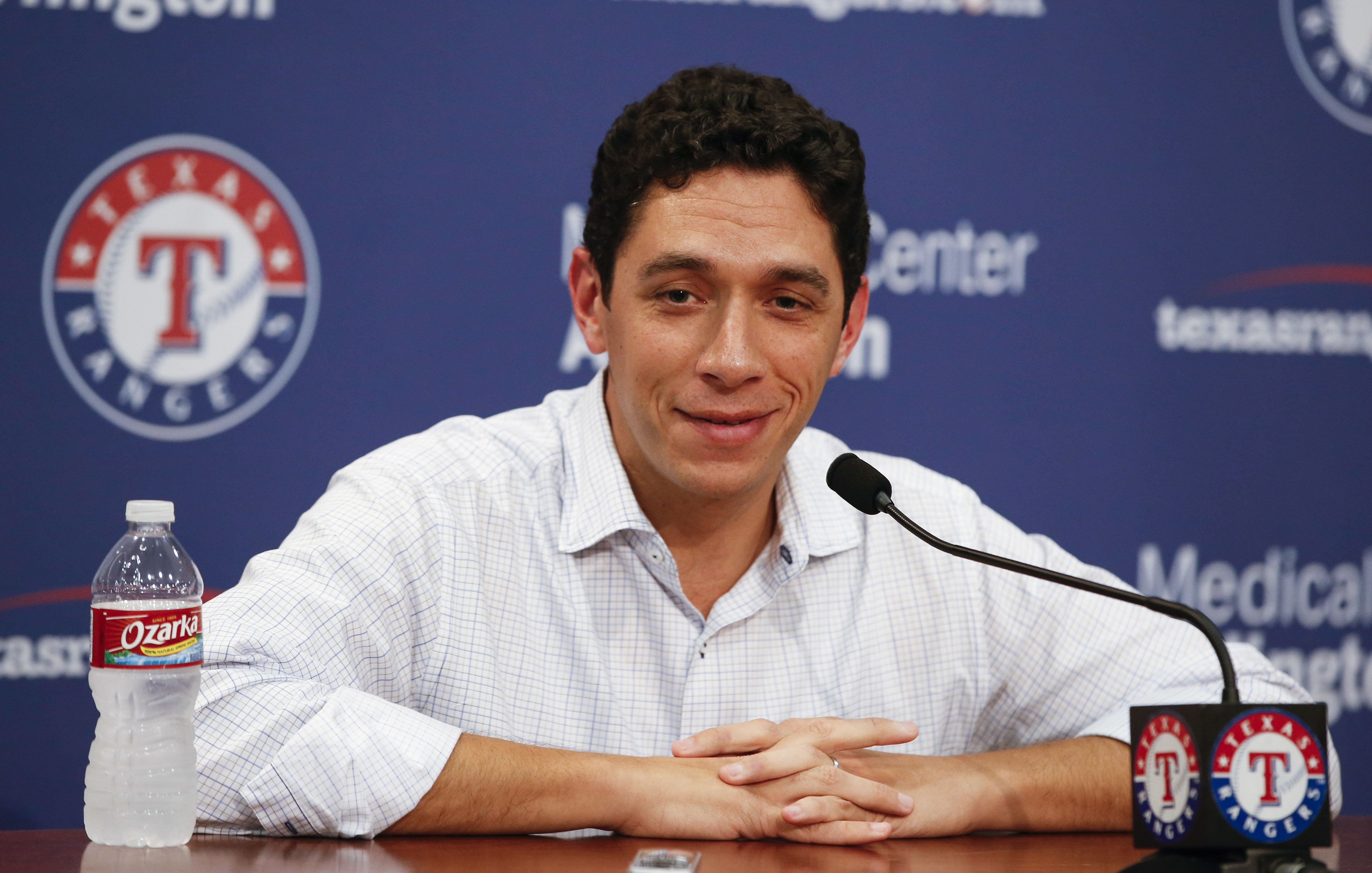 The MLB trade deadline came and went yesterday, with a flurry of activity across the landscape of Major League Baseball.

Several teams improved their ball clubs dramatically, while others were relatively inactive. The deadline always brings about teams that are considered winners or losers, in the eyes of the experts.

I wrote in the past that the Rangers had the best chance to make a trade deadline splash, based on their abundance of minor league prospects they could potentially deal. Well, they answered the bell.

The Rangers addressed their questions behind the plate in acquiring the best catcher on the market, the Brewers’ Jonathan Lucroy. In addition, Texas bolstered their bullpen with hard-throwing reliever Jeremy Jeffress, the other piece in the Lucroy deal with Milwaukee. Yet, they managed to hold onto one of their top prospects, slugging left-handed hitter Joey Gallo.

And just prior to landing Lucroy and Jeffress, Texas managed to swipe Carlos Beltran from the Yankees, sending former number 4 overall pick Dillon Tate — a right-handed pitcher — as the main piece in a four-player deal to the Bronx. Beltran will fit in perfectly as the everyday DH in the Rangers’ lineup, one that recently lost Prince Fielder for the season. While Beltran is sure to make an immediate impact in the lineup, the 9-time all-star would be an even bigger bonus in the postseason, a time in which he has thrived throughout his career.

All told, no team made their team better at the deadline than the Rangers this season.

While the Rangers made themselves better for 2016, no team put themselves in a better position for the future than the Yankees. After much deliberation in the front office of whether to sell or go for it, GM Brian Cashman got his way.

Prior to the day of the deadline, the Yankees sent away star relievers Aroldis Chapman and Andrew Miller, garnering them a total of eight players in return from the Cubs and Indians, respectively, several of which are considered top prospects. Later, they were the beneficiary of three pitching prospects in the Beltran deal with the Rangers.

The Yankees knew they didn’t have a championship level team for this season and thus turned their biggest trade chips into future assets. According to multiple outlets, the Yankees now hold 7 of the top 100 prospects in the minor leagues.

It likely will take time and I’m sure the team will add some free agents along the way, but the bottom line is the Yankees had a sub-par team at the major league level, with a farm system that was middle-of-the-road. Now, they have a ton of minor league talent and a chance to have sustained success beginning in the next few years.

The Dodgers were one of the busiest teams on trade deadline day, with the headliner being the deal they made with the A’s.

The Dodgers sent three pitching prospects to Oakland in exchange for outfielder Josh Reddick and starting pitcher Rich Hill. Reddick, batting .296 this season, will take over as the primary right-fielder, with Yasiel Puig ticketed for AAA. Hill is currently on the disabled list with a blister issue, but when healthy has put together a terrific season. When he is ready to return, he will be a nice boost to a Dodgers rotation missing so many pieces, including Clayton Kershaw.

The Dodgers have quietly played their best baseball of the season the last few weeks, despite the absence of their ace. Now, with the improvements they made, expect them to go toe-to-toe with the first place Giants to take home the N.L. West crown.

Overall, the O’s are in pretty good shape. They sit atop the A.L. East, just one game up on both the Red Sox and Blue Jays. They have a loaded lineup, a fierce bullpen, but a mediocre-at-best starting rotation.

Yet, GM Dan Duquette only managed to add starter Wade Miley from the Mariners. Miley is hardly an upgrade, sporting an ERA of 4.98. And oh by the way, his first go round in the A.L. East (with the Red Sox in 2015) did not go smoothly.

The Orioles did not have a great deal of options, given their lack of quality prospects available to trade. Still, this was there one primary area of need. Needless to say, they came up short.

If the Orioles as a team come up short this season, their rotation is likely to be the number one culprit.

I can’t figure out what the Angels were trying to do at this year’s deadline.

Yet, shouldn’t they have been clear sellers? They’re 47-58, not in the mix for the A.L. West division nor a wild card, and have the worst farm system in the sport.

It would have been wise for the Angels to explore what they could get for veteran infielder Yunel Escobar, pitcher Matt Shoemaker, and outfielder Kole Calhoun. Instead, they held onto all of them, while not infusing any young talent into a barren minor league system.

As a result, don’t expect a turn around in Anaheim any time in the near future.

The Astros were among the teams that did not make a single move at the deadline.

That may not be a problem in certain years, but when the team 5.5 games in front of them in the division — the Rangers — made themselves that much better, the Astros fell further behind.

GM Jeff Luhnow could have added a veteran bat to add to a lineup that is supremely talented but also highly inexperienced. In the postseason, that could be a detriment. He also could have made a marginal upgrade in the starting rotation. With Dallas Keuchel not duplicating his 2015 season — or even coming close — the pitching staff is somewhat lacking in quality arms.

But, the Astros decided their team was good enough as currently constituted and not in need of any substantial upgrades. Still, this seemed a prime opportunity to fortify their team, in hopes of a title run in 2016.

5 Teams to Watch in MLB’s Second Half
Same Old Cubs: Is Chicago In Real Trouble?