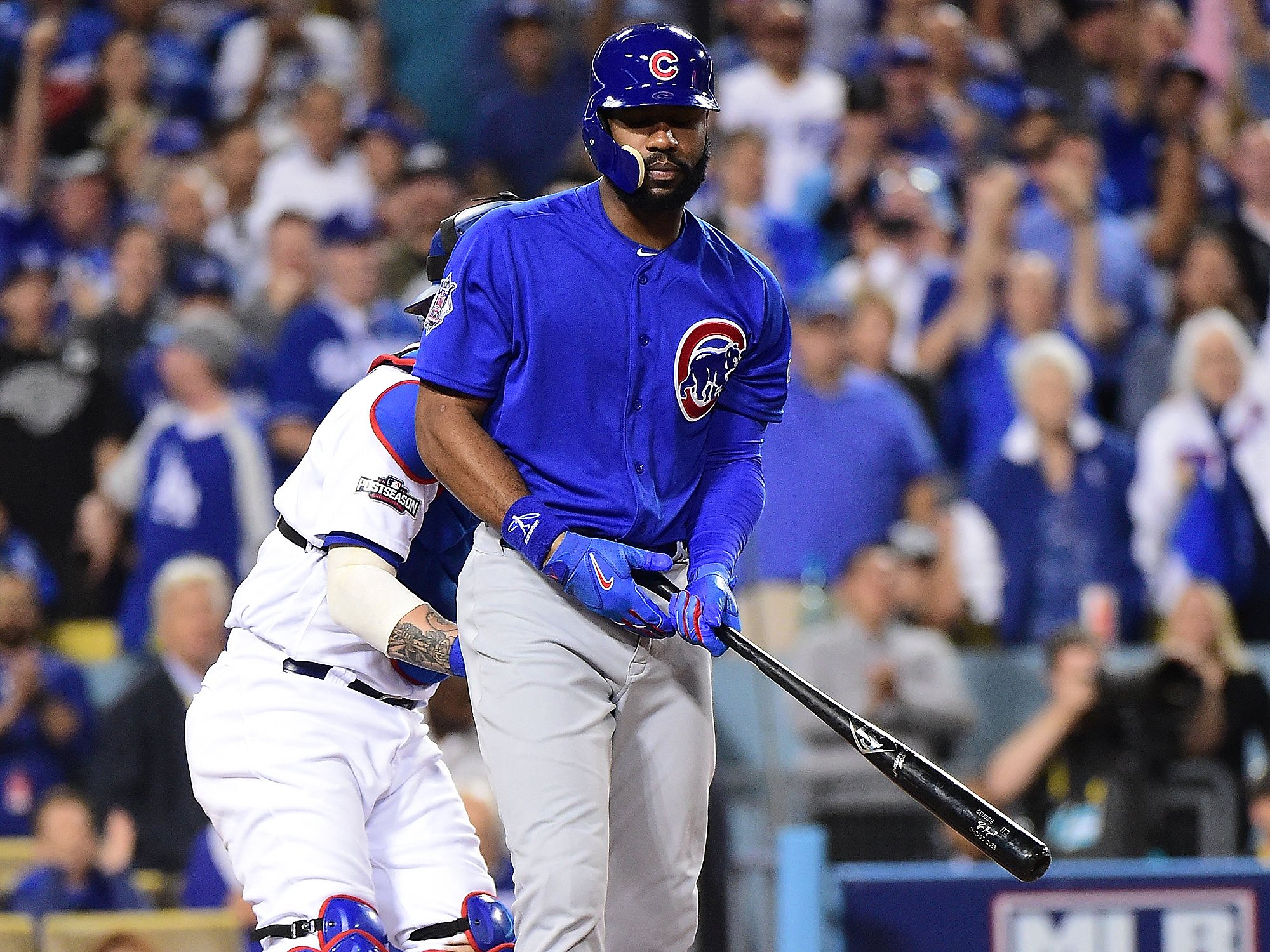 After 103 regular season wins, a nearly effortless NLDS win over the San Francisco Giants, and a magic-filled home victory in game one of the NLCS, the Cubs appear to be falling apart.

The Cubs insist they are calm. They keep telling us they won’t panic, that Kris Bryant and company will regain their form and overcome any of the bad Cubs’ “karma” which may be bringing them down.

But trailing 2-1 in the NLCS with at least one more Clayton Kershaw start to go, the Cubs are in real trouble.

Offensively, they have been putrid during the playoffs so far.

The “studs” of their offense, Kris Bryant and Anthony Rizzo, just haven’t been good enough. Outside of his huge home run in Game 3 of the NLCS, Bryant has been bad in big spots, and Rizzo has hit just .091 in the NLCS.

If it weren’t for a miraculous grand slam from Miguel Montero in game one, the Cubs could easily be facing a sweep tonight in Los Angeles. This is absolutely unthinkable when you consider how great they were through 162 games this season. But their problems begin and end with an under-performing offense.

As good as their rotation is, not one of their pitchers can match Kershaw.

Of course, this can be said about every rotation in baseball, but once you get down in a series, this fact begins to matter more.

Kershaw went into Wrigley Field and shut the Cubs out. He is the ultimate trump-card to your also-great-but-not-as-great-as-Kershaw starting pitcher. His greatness lead to a wasted Kyle Hendricks start, and with at least one more game to start, it is hard to imagine the Cubs winning this before it gets to seven games.

And if it does happen to get to seven games, as all-time great as these Cubs have been, there will be the ultimate case of “lemon-booty” at Wrigley Field. The nightmares of Cubs heartbreak past are already filling the minds of the Cubs faithful, so could you even imagine how they will feel if this comes down to a seventh game?

Chicago Cubs fans have seen this movie before, and while their team was fantastic through 162 regular season games, they are completely justified to be terrified about their playoff fate.