Time for the Mets to Move On from Matt Harvey 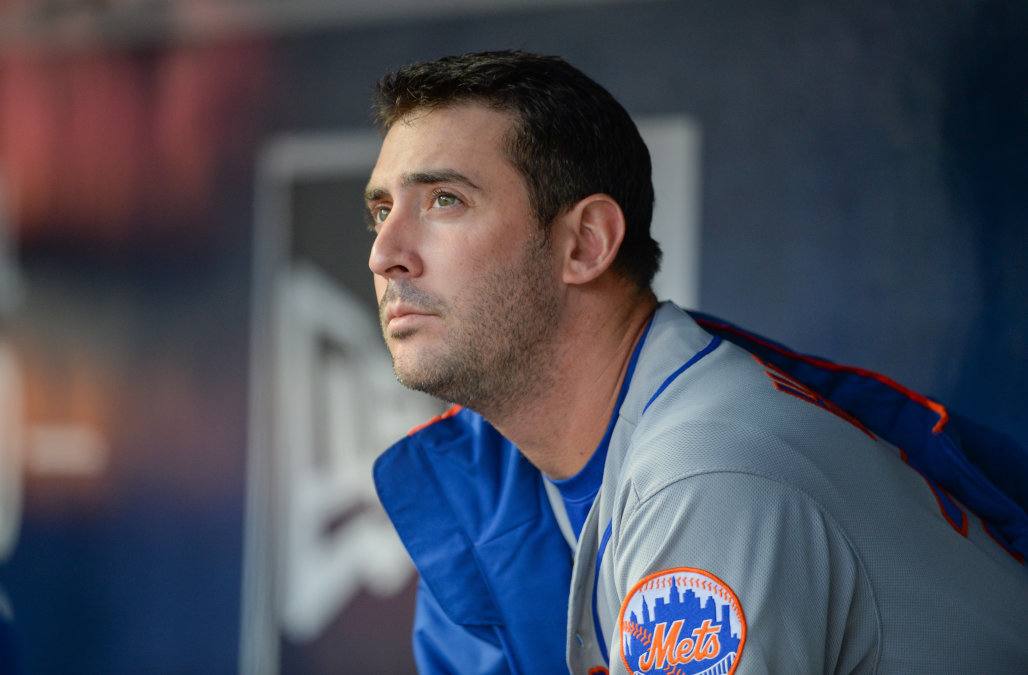 It’s hard to believe that in Game 5 of the 2015 World Series, a sold out Citi Field crowd was chanting “We want Harvey,” at the top of their lungs.

On that night, Matt Harvey was dealing. Nobody on the Kansas City Royals lineup could touch him, the crowd was electric, and even in defeat, that was one of (if not the) best start of his entire career.

Little did we know, that would be the last time we would ever see “The Dark Knight,” as Harvey’s career has been on a downward spiral ever since.

Harvey got off to an awful start to begin the 2018 campaign, going 0-2 and giving up 14 runs in his first four starts of the season, forcing Manager Mickey Callaway to shift him into the bullpen.

To make matters worse, he hasn’t been much better since he got there as his relief appearance against the Atlanta Braves yesterday giving up three hits (including a home run), three walks, and five runs was all Mets fans could take of what was a disaster of a three game series.

From his antics off the field, to be his bad attitude on the field, Harvey has made it clear that he is not happy with the position he is in. He has failed to be productive, he has failed to be a team player, and he has one of the most controversial names in Mets history.

It is clear that the Mets have not kept him around for his pitching, as it hasn’t been the same since his thoracic outlet syndrome surgery in 2016. So after everything we have seen, why are the Mets even bothering any longer?

While Matt Harvey has been the center of attention since he was called up in 2012, his issues really haven’t become big until the end of the 2015 season.

If you remember in 2015, Harvey missed a mandatory workout during the postseason before the team left for Los Angeles to face the Dodgers in the National League Division Series.

Harvey’s excuse to missing the workout was loosing track of time, but the night before, Harvey was reportedly spotted out drinking.

While Harvey was hurt for about half of the 2016 season, his numbers were awful as he went 4-10 with a 4.86 ERA. On top of that, one big issue Harvey had was when he refused to speak to reporters in March following the coverage he received after he had a blood clot in his bladder.

This may not seem like the biggest issue, but it did add on another unnecessary distraction that the Mets didn’t need, especially right before a season where they were attempting to defend their National League crown they won the year before.

In 2017, Matt Harvey was suspended for three games due to violating team rules and no showing a game following a night where he admitted he was out drinking in New York City. This issue really became the last straw for many Mets fans turning their backs on Harvey.

The most recent event came this past week when the Mets were in San Diego and there were reports of Matt Harvey partying in Los Angeles at the opening of Avra Beverly Hills the night before a game against the San Diego Padres.

Now, Matt Harvey is not the first to make mistakes on the Mets roster, but nobody has made them as frequently and with almost no regret as Harvey. It has gotten to the point where this type of behavior is expected.

Even General Manager Sandy Alderson almost expects this type of behavior from what used to be the ace of his staff.

Asked if he’s upset about a Page Six report that had Matt Harvey out partying in Los Angeles the night before pitching in San Diego, Mets General Manager Sandy Alderson said:

Asked if he’s upset about a Page Six report that had Matt Harvey out partying in Los Angeles the night before pitching in San Diego, Mets general manager Sandy Alderson said: “Usually I get upset if a report is unexpected. So I guess the short answer is no.

If you asked any Mets fan following game 5 of the 2015 World Series about Matt Harvey, they would have said he was the lord and savior that the Mets have been waiting for. Almost three years later, he has turned into the distraction that the Mets need to move on from.

From his struggles on the field, to his issues off the field, Harvey has become an insurance policy that they can no longer afford to keep.

It is time to stop hiding from reality, the best thing for the Mets to do moving forward, is to say goodbye to “The Dark Knight.”