Washington Nationals Continue to Struggle As First Half Nears End 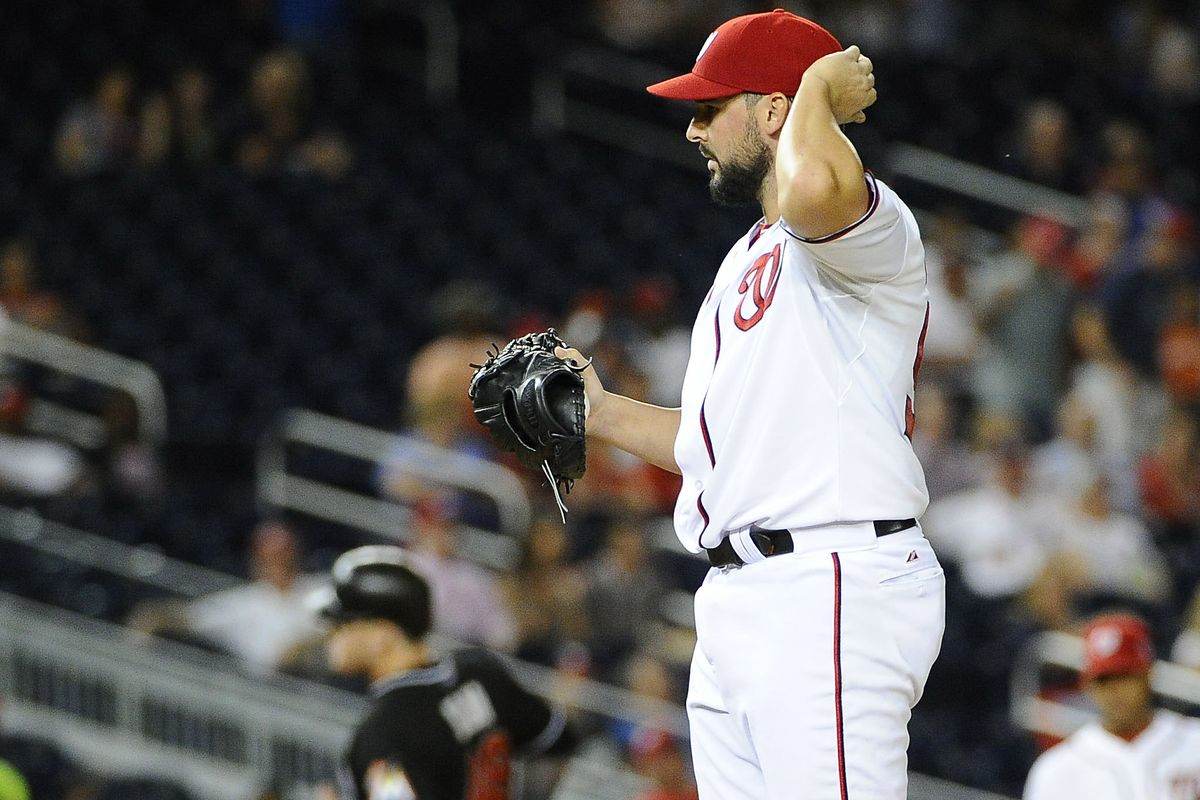 Going into the season, they were highly favored to win the division as it seemed like the Atlanta Braves were still about a year away from playing at a high level, the Philadelphia Phillies had a chance to spark a wild card chase, the New York Mets were a giant question mark, and the Miami Marlins were beginning to rebuild.

Overall, it looked like it was going to be a cake walk for a team that featured Bryce Harper, Daniel Murphy, Max Scherzer, Stephen Strasburg, Adam Eaton, and many other key pieces to their recent success.

While April was a disappointing month for the Nats, they picked up some steam in May going 21-5 in that month and soaring back into the first place race in the East. However, the Nats have gone back to their struggling ways as they have gone 12-20 since their hot streak in May.

The Nationals now sit in third place in the East just five games back of the Philadelphia Phillies and Atlanta Braves, who are tied for first in the division.

The way I look at it, a lot of things have happened to cause the recent meltdown of the Nationals. The first being that the team is struggling against easier competition. Since June 1, the Nationals have lost 8 series, which include losing to teams such as the Tampa Bay Rays, Toronto Blue Jays, San Francisco Giants, and Miami Marlins.

Despite the Nats taking three out of four from the last place Marlins this past weekend, their back-to-back wins on July 5 & 6 made you realize just how bad the last month has been in the nations capital:

This past weekend was also the first time the Nationals won three in a row since May 25-27, also against the Marlins.

Another big problem is that key pieces are not getting the job done on offense. The only reason Bryce Harper is starting in the All-Star Game next Tuesday, is because the game is in Washington D.C. at Nationals Park, not because of his .218 batting average and 91 strikeouts this season.

If you think 91 strikeouts on July 9 isn’t that bad, Harper only struck out 99 times last season.

Obviously the Nationals waited forever to get Murphy back, but he has not produced once as he’s batting .191 and is arguably having one of the worst starts to begin a season since his days as a Met.

Overall, the offense is just not clicking.

They struggle to get on base, they can’t drive in runs, and they are the bottom of the league in almost every positive offensive category there is.

The pitching has been an issue recently as they have given up 50 runs in the last week. Even in the game where the Nationals came back down 9-0 last Thursday to beat the Marlins, they still gave up 12 runs.

Yesterday’s game was simply an example of how much the pitching has struggled:

Whether it’s Tanner Roark, who is having an awful season on the mound, Ryan Madison, who is struggling to keep runs off the board, or Jefry Rodriguez, who seems to walk just about everybody, the pitching is something that needs to be fixed.

Finally, a big problem that has faced the Nationals all year, the injuries.

The Nats currently have nine players on the disabled list, which includes Strasburg, Ryan Zimmerman, Howie Kendrick, Matt Wieters, and many others.

The only saving grace for the Nationals is, after all their struggles, the offense shutting down, the pitching being a disaster, and the injuries continuing to pile up, they are still within spitting distance of first place.

The Nationals will end the first half on the road, where they have struggled, but it will be three games against the Pittsburgh Pirates, who have lost six out of 10 and then four games against Mets, who are 15-28 at home. The Nationals can easily have this thing turned around before the All-Star Break next week.

If you are a fan of the Nationals, you can only hope that players-only team meeting last week sparked more than just temporary hope against the last place Marlins this past weekend.

The way I see it, the Nationals have one final chance in the second half to make an impact and go for it all. With the Braves and Phillies as good as they are, the Nationals don’t have long to get back in this race.

Follow me on Twitter @SMMcChesney to see all my Nationals discussion during the 2018 season, as well as get involved in the discussion.