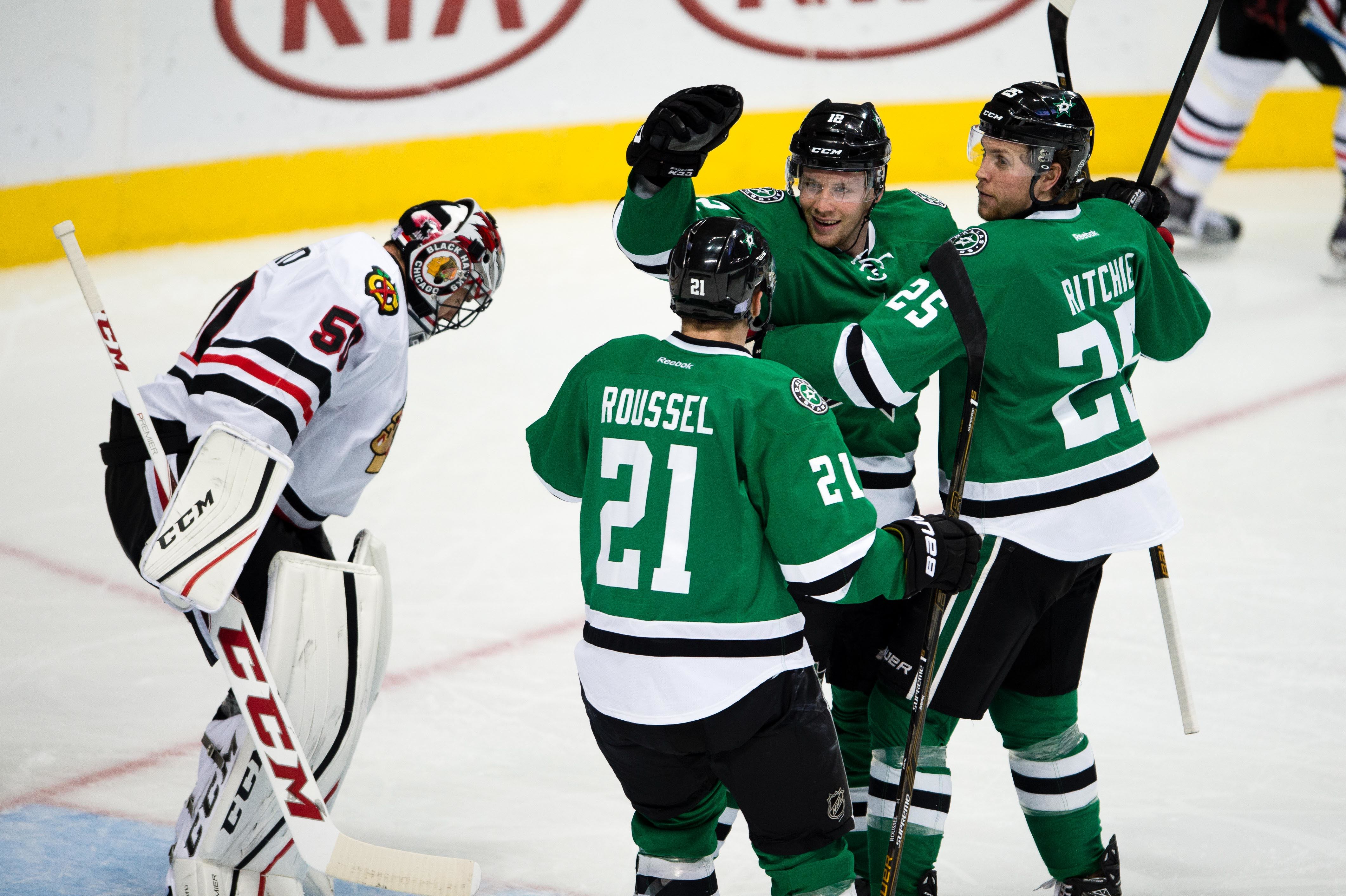 Over the past two seasons, Jim Nill has carried 8 defensemen and 13 forwards on the Dallas Stars 23-man roster; not unheard of, but unconventional for him to have done it for two consecutive seasons. With the moves made this offseason to bolster the defense and goal tending, it seems as though the Stars roster will have a more normal 7D and 14F configuration for the 2017-18 season.

The remaining 7 spots will see healthy competition just be in the building on opening night, never mind figuring out which 5 will dress…a problem Ken Hitchcock and Nill are certainly happy to have.

(Smith, Elie, and Dickinson all made their NHL debuts last year, so small sample size can be misleading) The first place to look for a spot for one of the players from this list is on one of Faksa’s wings on the traditional checking line.  Third lines are typically “buried
in their own zone to start (DZ%>50.0), so you’d think that Ritchie, McKenzie, Flynn, and Smith are players the coaching staff will be watching closely to see who best fits In that role.  Ritchie certainly seems to be the frontrunner as finishes more than half of his shifts in the offensive zone (CF%>50.0), despite starting nearly 6 of ten of his starts in the defensive zone (59.3).