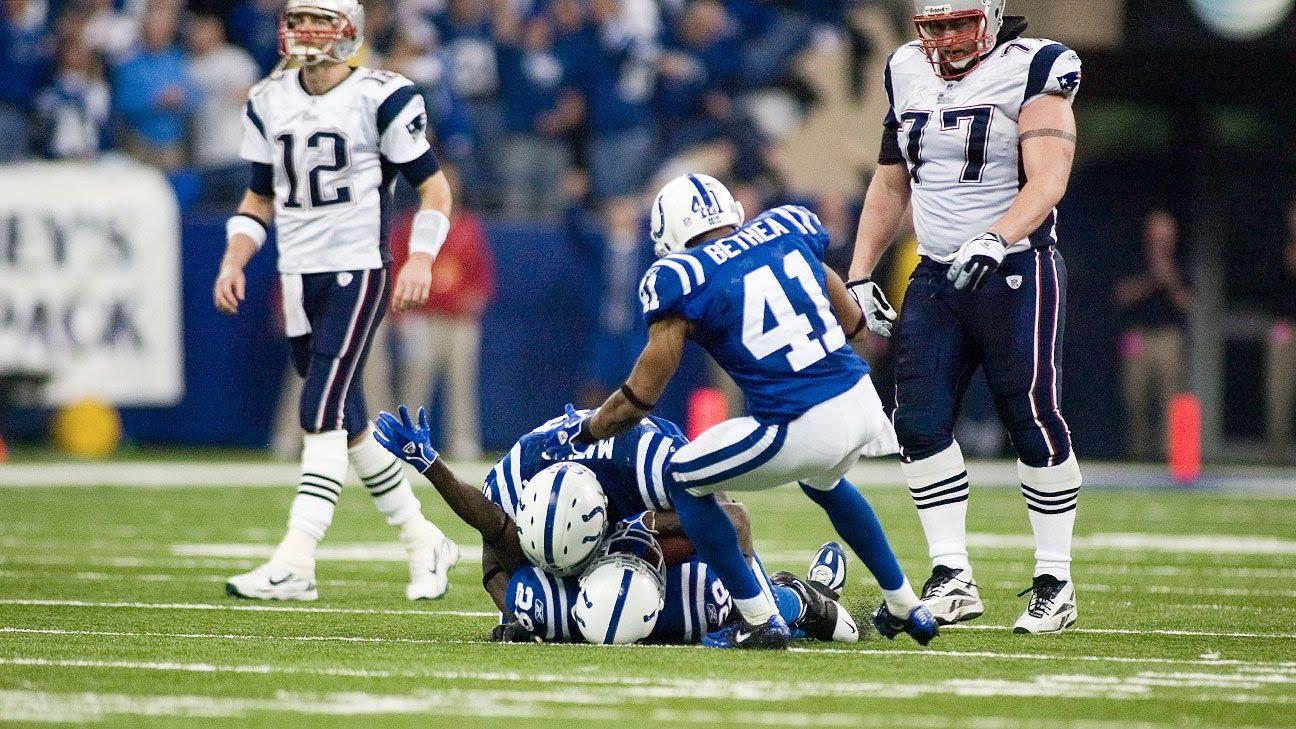 The Making of an Indianapolis Colts Fan

I live in northern New Jersey in a smaller town called Clifton. I grew up here just outside New York City and have always been a fan of the New York teams. I grew up spending summer days at Yankee Stadium cheering on the Bronx Bombers with my Dad. In the fall and winter I would be in the “cheap” seats at Madison Square Garden living and dying with the Knicks and Rangers.

That covers three of the big four sports, but it leaves out a big one, and that of course is football.

As you can tell by now I’m an Indianapolis Colts fan, and have been for most of my life. Growing up down the highway from the Meadowlands and now MetLife Stadium the question most often asked of me is “why don’t you root for the home team?”

The answer to the question starts at a young age.

It was 2003 and I was seven years old getting into sports for the first time. I could remember the NFL season nearing and ESPN doing their NFL breakdown. They were showing highlights of a “super star quarterback” set to lead his squad into a new campaign. That super star quarterback was the sheriff himself, Peyton Manning.

Just watching Manning be Manning for a few short clips had me hooked instantly. I had never seen a player like him in the sport before this.

It was my first real chance to pick a team to root for in sports. It probably went against the wishes of my Cowboys loving father, but at the time Quincy Carter and Chad Hutchinson didn’t compare to the legendary number 18. So after clearing the air and going my own way I watched just about every game of the 2003 season.

The wild comeback against the Bucs on Monday night still stands out today as my first real memory of the team. Still one of the craziest games I have ever watched, in any sport.

The run into the playoffs was a blast after the Colts throttled Denver in the wild card round and then it was followed up with another thrilling victory at Arrowhead in Kansas City. But then the first case of heartbreak at the hand of the Patriots came on championship Sunday.

Unfortunately it wouldn’t be the last time while rooting for the blue and white. There were good times ahead, though, as the 2004 team was one of the most entertaining teams I have ever watched.

In route to winning the MVP, Peyton Manning tore the league apart.

I can remember celebrating as 18 hit Brandon Stokley to break Dan Marino’s record with touchdown number 49.

And while it was another difficult loss to the Patriots in the playoffs, I really felt that this team was close to something special.

The 2005 team was as special as any during that era of Colts football.

Peyton had another brilliant season, the defense was at it’s best of most the season and the 14-2 ride was a blast for fans. It felt like the year that the Colts would finally get it done in the playoffs as the No. 1 seed with home field advantage at the RCA Dome.

With the Steelers coming in as the No. 6 seed in the AFC, the Colts were heavy favorites and it seemed like there was no way they could lose this game. However when the game got going and the offense struggled to find their groove there was real concern. And then trailing late, the Steelers were at the goal line looking to ice the game when future Hall of Famer, Jerome Bettis fumbled.

Improbably, it seemed the Colts got their chance as Nick Harper scooped up the fumble. With only Big Ben Roethlisberger to beat, Harper seemed destined to score and save the Colts from a crushing upset.

Harper–who was playing on one leg after a domestic stabbing the night before the game–ended up being wrestled down by Big Ben short of midfield.

Even still, I can remember my excitement, saying Peyton would get it done and win the game for the Colts right there. But the offense faltered again and Mike Vanderjagt lined up to try to send the game to OT. To say the kick wasn’t close is generous, as it sailed wide and the Colts lost.

The heartbreak was worse than any other I have felt with this team.

It was a long offseason but with a new season comes new hope. The 2006 season was different. It was the first time I would see the Colts in person as I attended the first ever Manning brothers bowl at the old Meadowlands. The thrill of seeing the team win in person to open the season was amazing.

Another 12-4 finish meant another division title and another chance for glory.

As the No. 3 seed in the AFC that year, it was going to be an uphill battle, but this team felt different from past teams. It may not have been as talented but it had the ability to battle.

After demolishing the Chiefs in the wild card round 23-8 and Adam Vinatieri and the Bob Sanders-led defense shut down the Ravens on the road in a 15-6 win, the Colts had another date with the Patriots.

Despite going into this matchup with home field advantage the Colts were down 21-6 at the half. Once again, there I was in my Bob Sanders jersey saying “they just can’t beat these guys, they’re gonna lose again.”

The second half started and it was a different game.

The offense was back and the defense dug in and made plays in big moments. The Dan Klecko touchdown reception, Jeff Saturday and Joseph Addai putting the Colts up 38-34 with one minute left…Every fan has a moment with their team that will forever stand out, that will forever define rooting for that team.

That moment came on the final drive when Marlon Jackson made the play that made it all worth it.

I jumped up and down and ran through the house screaming “they did it, they did it! They’re going to the Super Bowl!!”

You know the rest from there, the Colts went to South Beach and overcame Devin Hester and the Bears to win it all. With the Lombardi trophy in hand the Colts brought out pride in all of us as fans.

I wouldn’t trade being a Colts fan for anything, just like the rest of you. There are highs and lows but we stick with this team because we love them being in our lives every Sunday.

Whether you live in the great state of Indiana, New Jersey, or anywhere else in the world, we are all united in blue.

This blog will be here throughout the season, with thoughts on the team, draft previews, player scouting reports and thoughts on the league as a whole. As week one nears, there is only one thing left to say…LETS GO COLTS!!!