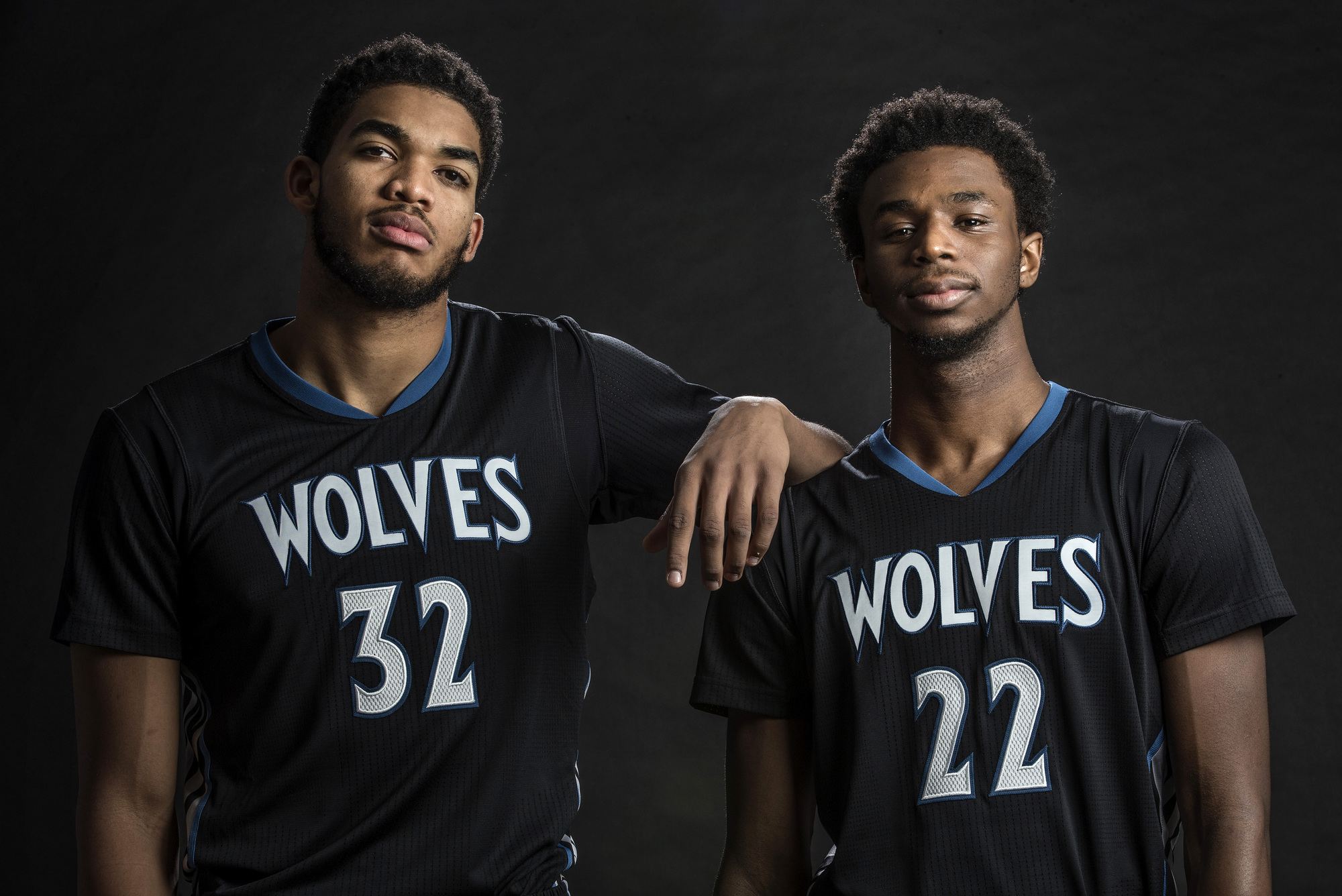 The NBA off-season surrounded around one team, the Golden State Warriors, and mostly one man in Kevin Durant. The Warriors are loaded, with 4 of the 10-15 best players in all of basketball, and some are already wondering just how many championships their core will rattle off.

In the East, the talk once again centers around LeBron James. The Eastern Conference playoffs have become the “LeBron James Invitational,” and for the first time in his career, he is free of almost all external pressures, and he can just go out and play.

While these two teams seem to be on a Finals collision course, neither of them is the most intriguing team in the NBA in my eyes.

That title belongs to the Minnesota Timberwolves, who enter a critical stage in their development this season.

MINNEAPOLIS, MN – APRIL 3: Andrew Wiggins #22 of the Minnesota Timberwolves against the Orlando Magic during the game on April 3, 2015 at American Airlines Center in Minneapolis, Minnesota. NOTE TO USER: User expressly acknowledges and agrees that, by downloading and/or using this photograph, User is consenting to the terms and conditions of the Getty Images License Agreement. Mandatory Copyright Notice: Copyright 2015 NBAE (Photo by Jordan Johnson/NBAE via Getty Images)

The Wolves now have hordes of young talent, led by last year’s unanimous rookie of the year and arguably the best prospect in the basketball world. They now have a head coach in Tom Thibodeau who has a proven winning track record in this league, and will bring an edge defensively which has been absent in Minnesota for quite some time.

Minnesota has a can’t-miss star in Karl Anthony Towns, a potential two-way beast in Andrew Wiggins who at his worst will be a top tier perimeter defender, and now what they think is their point guard of the future in athletic freak Kris Dunn.

Zach Lavine shows flashes of basketball ability due to his pure athletic prowess, but there are still fair questions about just how high his ceiling is. Regardless, he is a solid contributor and another young piece on this Wolves team.

Among all of this youth and excitement, 25 year old point guard Ricky Rubio seems to be the odd man out. While he fits perfectly into the Thibodeau archetype of a point guard, there is no way that he will stick around past next season as he is simply owed too much money. Paying Rubio starting-type money despite having invested a first round pick in Kris Dunn doesn’t make much sense at all. What the return ends up being on Rubio will be critical to the development of this team, as they look to fill in some clear holes on the roster.

But what is fair to expect of the Wolves this season?

This is a tough question to consider.

First off, they still lack shooters and a defensive presence next to Towns in the front court. Of course, this can be fixed (maybe in the Rubio trade) but for now they remain holes.

When you consider how bad the Wolves were last season, it is hard to imagine them jumping straight to a playoff team in that tough Western Conference after just one year. As great as Towns is, as great as Wiggins can be, and as good as Dunn looked in college, these are all still very young players.

They have the horses defensively to vastly improve, but just how quick can you expect a brand new head coach with all these young pups to bring about that improvement?

Coaching certainly matters in this league, and I love the Thibodeau hire for the Wolves, but I can’t predict them being much better than a 35-40 wins-or-so team this season. While he did turn the Chicago Bulls around rather quickly, especially defensively, I just don’t see the veteran experience on this Wolves roster that was on those Bulls teams. Not yet, at least.

The Timberwolves season most likely won’t go anywhere past their 82nd game. But by the end of those 82 games, the Wolves will look like a formidable team.

A team that is almost ready.

A team that is coming for the Warriors spot atop the Western Conference in 2 or 3 years. And when the Wolves are ready to strike, this team will be dangerous.

Timberwolves Not Fielding Trade Offers For Ricky Rubio Just Yet