5 Teams With the Most Riding on the 2018 NFL Draft 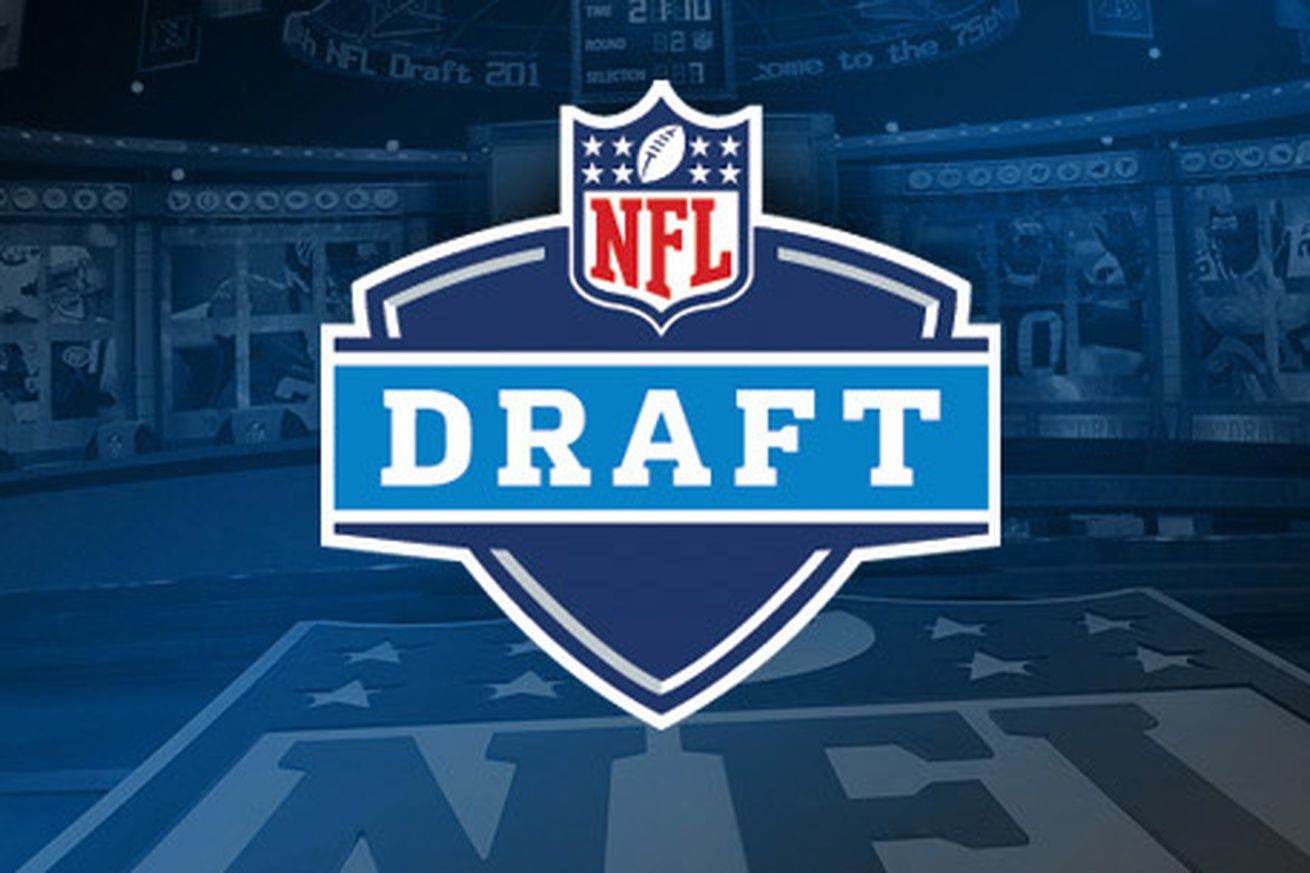 With about 3 weeks left until the 2018 NFL Draft, teams have just about settled on what they’re targeting with their picks. This is always an important period for the teams that didn’t sign many free agents. Whether it’s a case of no cap space, losing a bidding war, or just not valuing the free agents the way others do… these teams must now turn their attention to the draft to capitalize on their picks. Of course, there are squads with more at stake than others, teams that need to get their pick right, not just in round one, but in every round.

So here are five teams with the most riding on this years draft.

AJ McCarron during his introductory press conference with Buffalo.

The Buffalo Bills are first on our list following their first playoff berth in 17 years. They were one of the better stories in the league last season with first-year head coach Sean McDermott leading them to a surprising 9-7 record. Perhaps most impressive of all, the Bills reached wild card weekend with a combination of Tyrod Taylor and Nathan Peterman under center. No disrespect of course, but they’re not exactly Jim Kelly and Frank Reich.

So, after trading Taylor to the Browns, they added former Bengals backup AJ McCarron, a quarterback who has always garnered attention for being a potential starting option for a team.

While that is completely possible, the Bills still seem hungry to move up for a quarterback. They entered the off-season holding picks 21 and 22 overall, however, they swapped 21 with the Bengals for 12 in a trade that saw starting tackle Cordy Glenn head for Cincinnati.

While they gained nine spots in the order, the Bills are still too far out to get a franchise altering quarterback. So, I would expect a last-ditch effort to move up on draft night into the top 10. Look for them to engage the Giants at #2, the Browns at #4, and the Broncos at #5 as trade partners.

If the Bills get this right they could see big improvements next season. With the right guy under center — to go with their strong running game and talented defense — the Bills could certainly return to the playoffs next year.

Derwin James, a potential target for Dallas, in action against NC State.

One of the off-season’s most talked about teams has been the Dallas Cowboys. Mostly because of their inaction during the early stage of free agency. But they’ve brought in some players to bolster their roster, most notably former Jaguars Wide Receiver Allen Hurns, who will certainly help a receiving corps that struggled a season ago.

Coming off of a 9-7 season in which they missed the playoffs, the Cowboys need to add a few impact players in the first three rounds of this draft to make their return to the postseason.

Currently holding the 19th pick in the draft, Dallas has a lot of different ways they can play this situation.

If they stay at 19 they are at the mercy of the board, which could very well dictate the player they take. However, holding 10 picks in this draft, Dallas has the capital to move up the board from 19 and get a player they desire.

Adding Hurns doesn’t rule out the Cowboys looking at a receiver in round one, however, I would say it makes them picking one that early less likely than prior to the signing. They could look at taking a guard to plug-in at their vacant left guard spot, and its hard to argue that point with the prospect of adding a player like Will Hernandez to their already dominant front line. However, I think their best bet is adding an impact defender, and with Byron Jones making the move to corner next season, Derwin James would fit into that spot very well in Dallas.

They may have to move up to do so, but to me he would be well worth the investment.

The Indianapolis Colts pulled the trigger on a trade with the Jets to move down in the order from #3 to #6 and in the process added two second-round picks this year, giving them five total picks in the first three rounds.

The Colts added young talent to the mix with players like Malik Hooker, Quincy Wilson, and Marlon Mack all being picked in last year’s class. Now, coming into his second draft, Chris Ballard is in search of more pieces to make a new core.

Having made the trade with New York, this is Ballard’s chance to remake this roster in his image and he cannot miss out. He’s looking to get a marquee player with the 6th overall pick and will have the chance to do so. There will be a lot of talented players at the spot and if he so chooses, Ballard could trade back even further for more picks.

However, not to be forgotten are Ballard’s three second-round picks where he has to do big time damage.

In a draft class that is deep, he should be able to select some impact players in round two who can help change the course of the franchise. Look for the Colts to target linebackers, offensive linemen, wide receivers, and running backs with these first four picks.

This is by far Mike Maccagnan‘s biggest draft as Jets GM, he simply has to get it right.

We come to our second AFC East team on this list with the New York Jets. After making the trade with the Colts, Gang Green now holds the number three overall pick.

The Jets are coming off a year where despite their 5-11 finish, they really surprised people with their competitive games and hard-nosed style of play. So, this was as good a time as any to get aggressive and make a play for their franchise quarterback.

Quite simply, this is the draft — and more specifically the draft pick — that will define Mike Maccagnan and Todd Bowles’ tenure in New York. Their teams have always been held back by inconsistent quarterback play and this is in all likelihood their last chance to solve that problem. If the brain trust gets this pick right, they will stay in charge and most likely see a lot of W’s coming down the line.

They have a nice core to build around on both sides of the ball, it’s time to get the signal caller that can bring it all together.

The Jets have been tied to a number of the young quarterbacks in this draft, but the consensus, at least on WFAN Sports radio in New York, is that the fans want Baker Mayfield at #3. He certainly has a Joe Namath-like swagger to him, fit for the bright lights of Broadway.

With Aaron Rodgers returning to full strength, this draft is critical to get Green Bay back atop the NFC pyramid.

Since 2010, the Green Bay Packers have enjoyed year after year of dramatic playoff runs and a Super Bowl victory over the Steelers. But in recent years, the Packers have fallen short in the playoffs due to what many would call an incomplete roster.

At times, under GM Ted Thompson, it really felt like it was Aaron Rodgers or nothing, and while that was good enough sometimes, it couldn’t always get them over the line.

This past season’s playoff miss exposed a lot of flaws with the team, regardless of Rodgers’ injury. So, ownership went ahead and made a change as they fired Ted Thompson and brought in new executive Brian Gutekunst to run the show. He’s already tried to put his stamp on the team as Jordy Nelson was released and Jimmy Graham was signed to change up the offense. He also made one of the bigger boom or bust additions of the off-season with defensive end Muhammad Wilkerson coming in.

But the Packers need more help on defense to slow down an NFC North full of talented signal callers.

So, with pick #14, the Pack find themselves in a similar position to that of the Cowboys, in need of an impact defender who can change their complexion on that side of the ball. With a talented pass rusher in Mike Daniels they still need help, and that will bring names like UTSA’s Marcus Davenport and Boston College’s Harold Landry into play.

After NC State’s Bradley Chubb, Davenport and Landry are the draft’s next best defensive end prospects. Look for them to use their other picks on the linebacker position as well as players who will help their secondary.

So those are five teams that need a strong draft in Dallas this month. It will be interesting to see how things play out for each of them as they all have their work cut out.

As always, share your thoughts with me @PBPNick on this article as well as any other draft topics.