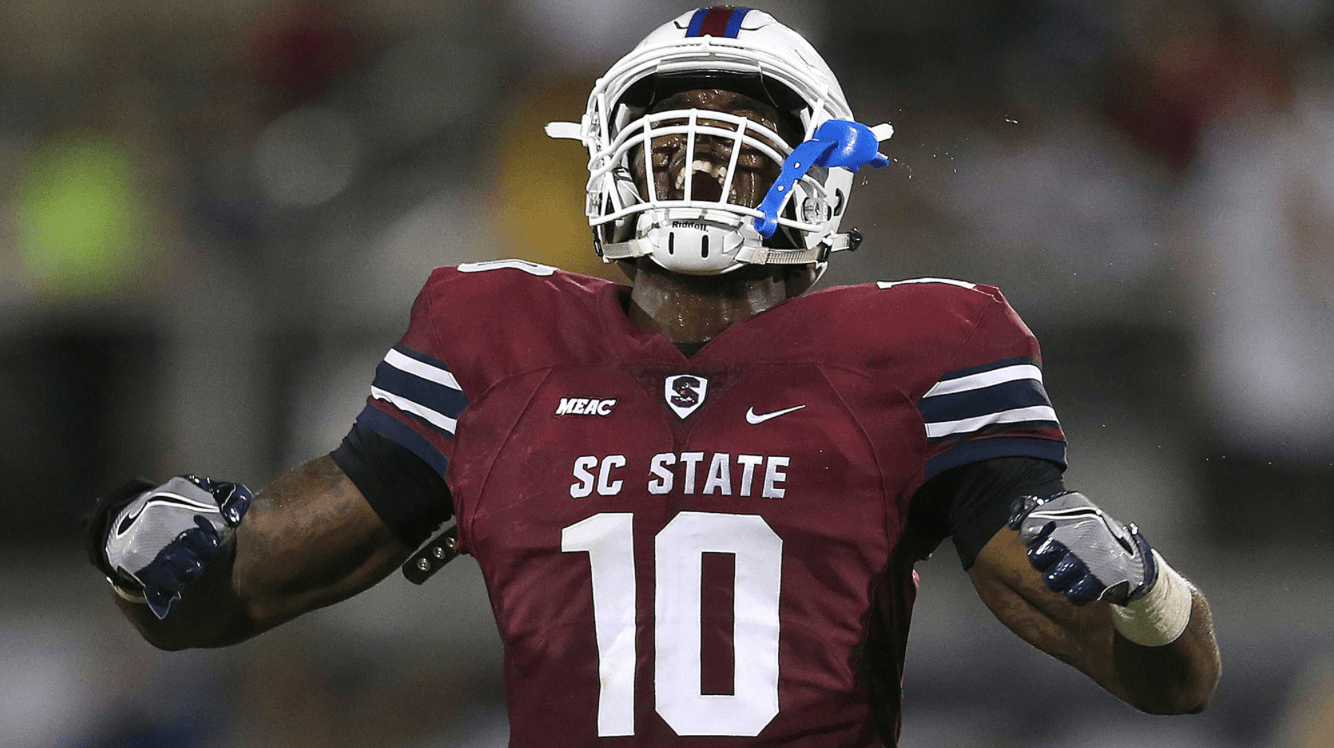 The Indianapolis Colts came into round two with a quite a few needs and at pick 36 they go out and fill a big one as they select Linebacker Darius Leonard out of South Carolina State.

The Colts have struggled with the linebacker position for a long time now. That started to turn last year with the emergence of John Simon on this roster. So now they add Leonard to the mix who stands at 6’2″ 234 lbs and possesses some strong athletic traits. He played against FBS competition throughout his career but don’t hold that against him. Leonard brings work ethic to the field and a willingness to grind it out, an underrated part of him that will go a long way towards building a strong winning culture in Indy.

Leonard was very productive in college with 394 tackles in 43 games. He also reeled in six career interceptions and 22 sacks. The Colts were quite simply looking for a player they could plug in and get consistent play out of and they get that here. This is a move I feel the coaching staff will play a big part in. Leonard isn’t all the way there as a prospect, he’ll need some work. I’m not sure the previous staff could get him there. I’m much more confident that this one can get more out of him in the future.

We #Colts just got the next @DT_50 mixed with a littke @kbull53 !! Trust me I coached against him! Straight stud! Congrats! https://t.co/B1YSj4OG4j

I’ll have more player announcements throughout the night as the Colts still have more picks to come in round two and three.