What We Learned from the NL East in April 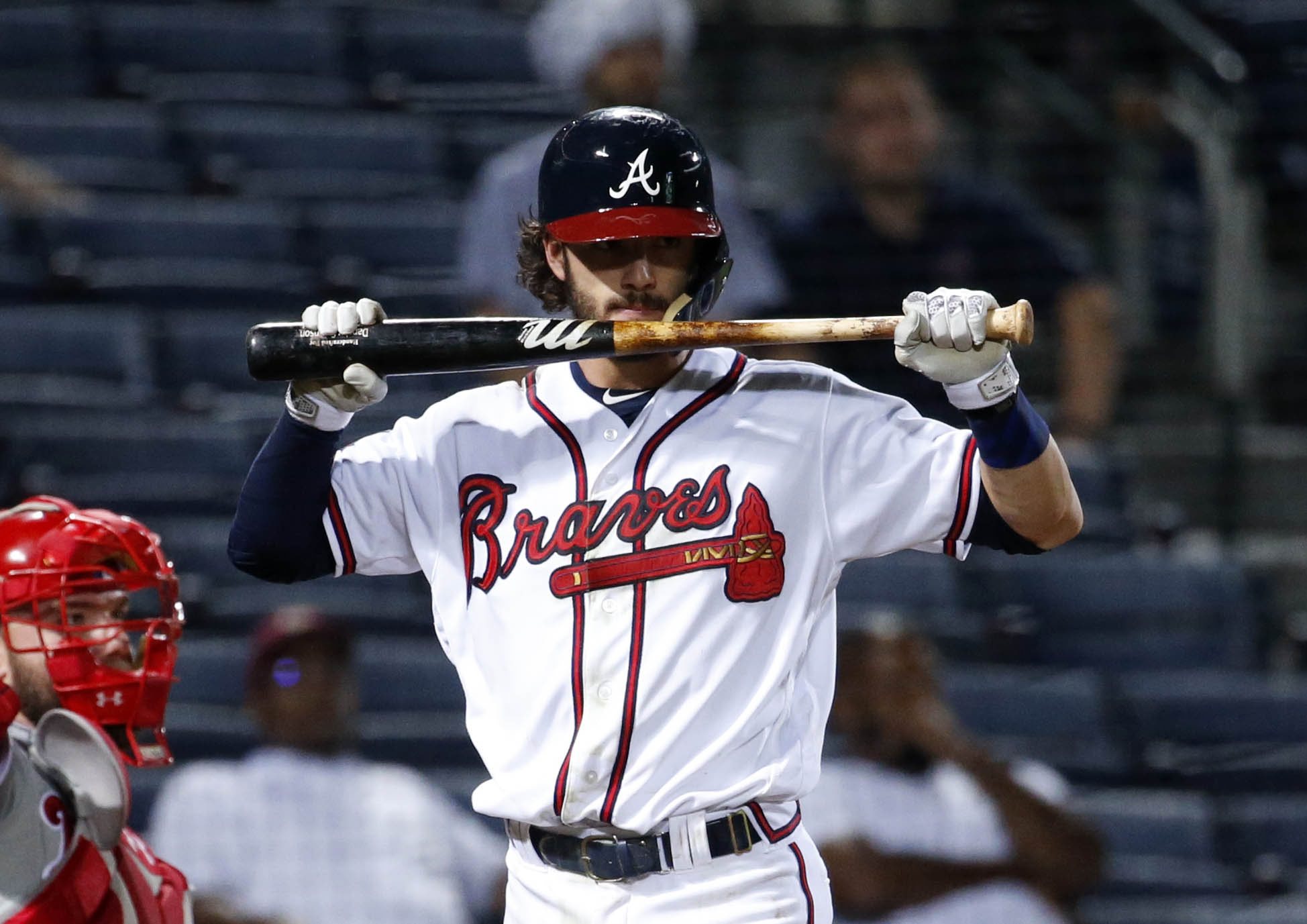 With April just about to draw to a close, the National League East Standings don’t look exactly how many of us pictured it. The New York Mets are in first place, the Washington Nationals are under .500, and the Atlanta Braves and Philadelphia Phillies are surprising everyone hanging around at the top of the division.

Now, it is only April and there is still a lot left to be played, but we are already starting to get a good picture drawn for how this division could turn out in the next few months.

With that being said, here is everything we have learned from the NL East during the first month of the season.

New York Mets: On top for now, but how much longer?

If you’re a Mets fan, you have to be happy with the start they are having.

First of all, beginning the season 12-2 was something nobody saw coming, except maybe for new Manager Mickey Callaway. The Mets got a lot out of players like Todd Frazier, who has been on base more than any Met this season as well as Asdrúbal Cabrera, who seems to get a base hit every time he steps up to the plate.

The starting rotation started the year quite nicely, the bullpen held it together, the injuries were minimal, and yes we can’t forget about Frazier bringing the “Salt and Pepper Shaker” celebration to the team.

While the first 14 games of the year may have had Mets fans screaming, “The magic is back,” the last 12 games where the Mets have gone 5-7 have brought the Mets fans back to reality. It also showed them that those problems they feared in spring training are now coming to life.

The bullpen has been a disaster recently losing close games to the Nationals, Braves, and St. Louis Cardinals. On top of that, the offense has been very inconsistent and is failing to give their starters run support. The strikeouts that many feared would plague this lineup are already starting to do so. Yoenis Céspedes is leading the charge as he is currently second in baseball with 43, and the injuries are beginning to pile up.

No matter where you look, it seems like when they take one step forward, they take another two steps backwards.

This is a team that needs to address their issues head on. They need to get another lefty in the bullpen, they have to get their starters run support, and the bullpen has to be able to close out these close games. In case the Mets haven’t noticed, this is a division they can win in 2018 (if they stay healthy), but the question is, how much longer can they hold on if they continue this type of play?

Philadelphia Phillies: The Dark horses of the NL East

Going into the year, I knew the Philadelphia Phillies were going to surprise a lot of people. I actually picked them to finish second in the NL East, with a possible chase to a wild card spot. Since the beginning of the season, the Phillies have shown they are here to compete.

Sitting right behind the Mets for first place in the East as well as winners of six of their last 10, the Phillies are off to a start that not many saw coming. Odubel Herrera has been a key piece to the Phillies starting 9 on both offense and defense and Maikel Franco is leading the team in RBI’s and is batting .435 in his last 7 games.

The starting pitching has been key to the success as well as Aaron Nola is off to a good start leading the team with a 2.58 ERA and is tied with Jake Arrieta with most wins on the staff. Nick Pivetta is also finding success on the mound as he already has 34 strikeouts on the season. The bullpen seemed to struggle in the beginning of the season, but they are also starting to find their groove.

Much like the Mets, if you are a Phillies fan, you should be very happy about the start you had. However, don’t be jumping for joy just yet, there is a long way to go.

As good as April was for the Phillies, they do have interesting matchups in May that are important.

They meet up with the Nationals for the first time this season next weekend on the road, they have a series with the Mets at home the week following, and later in the month they have a series with a Braves team they have not been able to figure out. The one thing I will say, is the Phillies young talent looks to be a little ahead of schedule with the way they have started this season, and we may not be seeing the end of their success anytime soon, which is a good thing for the city of Philadelphia, because I don’t think they are done celebrating just yet.

It is really tough to figure this Atlanta Braves team out the first month of the season. I picked Atlanta as a team that could take a step up, but picked them to finish fourth because of the young team they had that isn’t quite developed just yet. They are currently neck and neck with the Phillies and right behind the Mets for first in the East and they have had one of the better starts in the league.

Now, I’m not saying we are looking at the team that won 13 division titles in a row from 1991-2005, but this is a team that has the ability to make some noise in the NL East if they keep up this style of play.

With players like Freddie Freeman, Nick Markakis, and Ryan Flaherty all batting over .300, Ender Inciarte leading the team with stolen bases, and Dansby Swanson looking for a promising second season, the Braves can be a thorn in the side of the Mets, Phillies, and Nationals long enough to make the next few months interesting in the NL East.

I don’t want to give this team too much credit, because it is April, but you can’t not be impressed with the start they have had.

If they continue to play the brand of baseball they have played in April, the rest of the NL East better be on notice.

Washington Nationals: Down, but not out!

Yes, the Washington Nationals are off to a bad start in 2018, yes they are getting bit by the injury bug, and yes they currently sit in fourth place in the NL East. While there are concerns, the Nationals are nowhere near out of this division race.

If there is anybody who thinks that they are out, it is clear you haven’t watched one game this year.

Now, it is necessary to start with the concerns with the Nationals, and it starts with them struggling at the plate. Bryce Harper, Michael Taylor, and Ryan Zimmerman are all batting below .250, actually Zimmerman is batting below .200. Stephen Strasburg and Tanner Roark have struggled to start the year as they both struggle to keep runs off the board, and the Nationals are just having a tough time all together and it has been something that new Manager Dave Martinez has not been able to get control of.

Nothing more to say, they are in a slump.

The 2009 New York Yankees struggled in April as well, look how that one worked out.

Moral of the story, don’t expect it to last all season, and here is why.

In case anybody forgot, the Nationals began this season without Daniel Murphy, who has not played one game all season, and the Nationals are also without Adam Eaton and Anthony Rendon. So the Nationals are playing with three productive hitters out of their lineup. Ryan Zimmerman is fresh off the disabled list, so he will need some time to warm up and get going. The pitching needs to improve and they need to get better quality starts out of their starters, but that also means they need to get run support, which they have not had in their starts, especially starts by Strasburg and Roark.

Overall, the team has not done a good job complementing one another at all, but I think that is due to change very soon. Once they get Murphy, Rendon, and Eaton back, the offense will come together and I think when that happens the pitching will follow along as well. Don’t read into what you see now, the Nationals are still a dangerous contender in the NL East.

Miami Marlins: It will get worse…much worse.

The Miami Marlins… not much to say about this one. There is a reason they haven’t been mentioned until now, because there is no reason to include them in the discussion of teams that have a chance to win the East.

Everything we have seen from the Marlins so far, we knew was going to happen since January. The team going into 2018 wasn’t that good to begin with already. Then, their new owner Derek Jeter trades his biggest player Giancarlo Stanton to the Yankees (Still think that was the right move), but right after that he continues his trade sale by shipping Christian Yelich and Marcell Ozuna out of South Beach.

You are asking for a mediocre season (at best), how can Jeter expect this team to go out and try to win?

When you rely on players like Justin Bour, Brian Anderson, Derek Dietrich, and Miguel Rojas to provide for the team and get them to win, that’s like asking for the Yankees to trade Stanton back, it’s not going to happen. On top of that, the pitching has been horrendous from pitchers like Caleb Smith and José Ureña who can’t seem to catch a break and Jarlin Garcia, who has pitched well, but has no run support and the bullpen can’t finish the job he started.

This team is looking at a franchise record for most losses in a season, and don’t be stunned if it happens. Let’s not act surprised, they were doomed the second Stanton put on the pinstripes, maybe even before that.

What We Learned From The NL East in May